The priorities of used truck buyers are evolving, with some still clamoring for “pre-emissions” vehicles of a pre-2007 model year vintage and others looking to tap into the latest technologies such as automated manual transmissions. Those in the former camp, the owner-operators and fleet operators that don’t want to deal with exhaust aftertreatment, are finding it more difficult to find such trucks.

Diesel particulate filters (DPFs) were introduced on 2007 model year trucks and selective catalytic reduction (SCR) on 2010 models. Both suffered some initial reliability issues that left some buyers reluctant to invest in later model year equipment. That sentiment, though slowly dwindling, remains today among some used truck buyers even though emissions-related reliability issues have mostly been worked out. 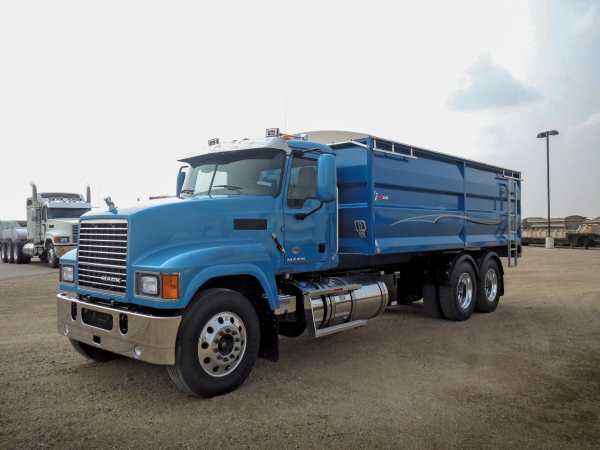 “We took a trade on a 1999 Freightliner and the interest in that truck is incredible,” he told Truck News.

But those trucks are becoming increasingly hard to find and used truck buyers who’ve thus far managed to avoid DPFs and SCR will soon have no choice but to take the leap.

Claude Parrell, used truck manager with Metro Group in Stoney Creek, Ont., says they shouldn’t be afraid to do so. He said since about 2011, problems associated with aftertreatment systems have been significantly reduced.

“A lot of things have changed,” Duda said of exhaust aftertreatment systems. “There is different programming, different sensors, different values placed on those sensors. Some different designs and manifolds to allow the systems to work better.”

One big problem used truck buyers could run into, especially in Western Canada, is unwittingly buying a truck that has had its emissions system removed. “DPF Deletes” are common and could render a truck unsellable – at least as a trade-in. Dealers are usually unwilling to take such trucks on trade and the testing they conduct on any vehicle they’re considering for a trade will uncover any tampering that’s occurred.

“DPF Delete is widely accepted in Western Canada by end users,” acknowledged Duda. “There have been thousands of trucks deleted in Western Canada. At the end of the day, it’s been done on a lot more trucks than anybody would like to admit. I don’t know of any dealers that are taking DPF Delete or SCR Delete trucks on trade.”

Ironically, the day before speaking to Truck News, Krulicki said Maxim discovered a potential trade-in had its emissions system removed.

“We will not take a truck that has been deleted on trade,” he said, noting the owner of the truck claimed he bought it through a private sale and didn’t realize the emissions system had been tampered with. He was looking to trade in the truck due to ongoing problems with the engine, which may have been related to the removal of the emissions system. Dealers take several steps to ensure they’re not engaging in the purchase or sale of trucks with emissions systems removed.

At the same time, reputable dealers are taking steps to ensure the systems are working properly.

“Anything that comes out of our lease and rental fleet, we do a ‘prep for sale’ on them,” Krulicki explained. “Part of the prep for sale is going through the emissions and checking to see if the DPF has been cleaned in the past six months, checking codes to make sure there are no active codes and if there are active codes, that the component has been repaired. So, when you’re buying from Maxim, you’re buying something that has had all the emissions componentry checked over.”

The same holds true at most other reputable dealerships. Duda said at Redhead Equipment, “our used truck appraisal system consists of a number of steps,” including an initial appraisal followed by a safety inspection. A mechanical inspection is also conducted, and this is where any non-functioning emissions systems will be discovered.

“We remove the EGR tube and make sure the core isn’t leaking and we’ll remove one of the plates on the DPF system and have a look at the end of the DPF filter and diesel oxidation catalyst (DOC) filter and look at those and see whether it’s been working properly,” Duda said. “So, they go through a heavy amount of scrutiny and if any of that stuff has been removed, we’ll know right away. We tell people right up front, if you deleted this, it’s yours. We can’t take it.”

The problem is not as widespread in Ontario, according to Parrell.

“It was a concern maybe a year-and-a-half, two years ago, but those trucks seem to be gone now,” Parrell said. “With the newer technology, a lot of the guys are finding the system is working okay for them.”

Used truck buyers should ensure all the engine lights are off when they prepare to take delivery of the truck, and if it’s their first time operating a truck with DPFs and SCR, they should ask questions about how to best operate the systems.

“You can have it all checked over prior to purchase, and if you don’t educate the driver how to drive it, within 10,000 kms he can plug up the emissions system by idling the truck or not running it hot enough,” explained Krulicki. “It’s really important if you’re buying a 2010-2014 model year truck – not just an International, it’s all of them – that you don’t idle these things. That’s the biggest killer and it’s hard to train drivers how important it is.”

Spec’ing auxiliary power units is one way operators can cut back on idling, and in turn reduce emissions-related downtime. Other spec’s that are gaining popularity include automated manual transmissions (AMTs). Auto-shift trucks used to be difficult to sell in the secondary market, but today buyers are requesting them and are even willing to pay a premium.

“Today, we are in the 80% range of highway tractors we sell having the proprietary Mack mDrive,” explained Duda. “It has become so acceptable that there’s a premium attached to it on the used truck market and in certain applications, if it doesn’t have it, people won’t even look at it.”

“We see more long-distance drivers wanting automated,” Krulicki agreed, adding today’s AMTs are even finding acceptance in farm and vocational applications when trucks are repurposed and sold into those segments.

Parrell is seeing it too. He noted about 50% of used truck buyers last year were requesting automated transmissions and the number continues to climb, especially since the Detroit DT12 – launched in 2014 – began surfacing in the secondary market.

As for power and torque requirements, that’s an argument that may never go away. Parrell said his customers still want the 15-liter big bore engine, namely the Detroit DD15. But Duda said buyers are gaining confidence in Mack’s 13-liter engine, which can be rated from 415-505 hp and is easily able to handle the demands of tridem and Super-B applications grossing up to 64,500 kgs.

“The old-school thought was, there’s no replacement for displacement,” Duda said. “In fact, yes, there is. It’s called technology. People need to look at the half-ton they drove 15 years ago versus what they drive today. I can almost guarantee they were driving a V8 to get 350 hp and today a V6 is getting the same horsepower and torque. It’s because technology has improved. The new technology guys who are looking for efficiencies and for the best way to operate and to drop expenses, they don’t care about displacement one bit.”

Asked what is the biggest mistake truck buyers make when choosing a pre-owned truck, Maxim’s Krulicki said it’s not buying from a reputable dealer. “It’s not buying from a company that’s been around for a while,” he said. “Companies don’t stay in business by doing shoddy sales.”

Duda said he continues to see buyers purchase trucks that aren’t spec’d properly – and in some cases, aren’t even legal – for the jurisdiction in which they’ll be operating.

“They will buy it and get it home and realize it’s not legal to operate here because of the way it has been configured,” he warned. “Every single one of the provinces has different laws. Over-the-road highway stuff has lots of continuity between different jurisdictions but some of the more specialized trucks do not.”

For Parrell, the biggest mistake a buyer can make is settling for an extremely high-mileage truck and driving away with a truck that’s displaying engine fault codes.

“You can run into major problems if you buy a truck and engine lights are on and you don’t worry about it. They can be big, big issues if not corrected,” he said.