January 1, 2006
SUDBURY, Ont. - The holidays are here again and while many families gather around the fire to reminisce about seasons gone by, employees at the Nickel City International dealership in Sudbury, Ont. wi... 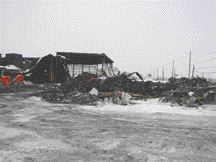 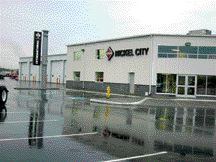 SUDBURY, Ont. – The holidays are here again and while many families gather around the fire to reminisce about seasons gone by, employees at the Nickel City International dealership in Sudbury, Ont. will be remembering how their business almost went up in smoke.

It was Christmas Eve 2004 when Nickel City’s general manager Terry Descoteaux got the call that made his heart sink. The dealership was on fire.

“We don’t know what happened, but the building caught fire, and unfortunately no one was inside the building to know that it was on fire,” he said.

Nickel City was closed for business that day and the only people on-site were construction workers working outside during a current expansion.

The building was packed full of vehicles because they were in “shut-down Christmas-mode.” In addition to the vehicles providing ample fuel for the fire, it was a windy, cold day (about -30 C) which soon caused things to escalate.

“It was about the worst worse-case scenario one could imagine,” he said.

The wind carried the fire from the south end of the building and though fire trucks soon showed up on the scene, within about an hour and a half, it was all over. The devastation was total. The fire was so hot it actually melted the trucks trapped inside.

A group of sanders ordered by the city of Sudbury had been left outside during the destruction, but virtually none of Nickel City’s customers’ trucks were spared.

The outlook was grim, but Descoteaux and the rest of the Nickel City team knew that they’d worked too hard building the business for the past 15 years to slow down the momentum they had going.

“We just couldn’t ever allow that to stop,” he said. “You can’t just roll over and die.”

As early as Christmas Day, phone calls were being made across the province asking for help. Nickel City’s nearby parent company (International’s school bus company) had its people assisting the day after the fire, providing toolboxes and other materials for the workers.

ADT had a new computer system flown in for them two days after the fire, providing them with full system back-ups.

A friend of Descoteaux’s who worked in the phone business was able to set up secure lines for them as well. Within a week they had secured three temporary locations. As a result of these quick actions, the company was back to work the next business day, just four days after the fire.

“I still can’t believe how fast it all happened,” Descoteaux said.

Even the competition didn’t take advantage of the company’s misfortune.

“No one in the container community tried to take advantage of us,” he said. “They were all there to help us. Nobody tried to steal our customers. It really just showed the strength of the community.”

Though there were many tough days that followed, through it all Nickel City never lost an employee or customer.

The building had been in the midst of an expansion at the time of the fire, so the company was faced with the task of erecting an entirely new building from the ground up.

Once the insurance company’s investigation on the fire was over in February, construction began. Workers moved into the new Nickel City by June and had their grand opening Sept. 23. It’s now doubled in size from 15,000 to 30,000 sq.-ft. and includes all drive-thru bays.

Though it’s with mixed feelings that workers at Nickel City celebrate the holidays this year, Descoteaux said that most feel a sense of triumph as the one-year anniversary of the event approaches.

“We’re feeling that we’ve overcome the struggle,” he said. “You can’t begin to describe the mixed emotions we’ve gone through in the last 12 months. The anniversary is not even something I’ve really thought about that much. We made that decision on Christmas day last year that we were going to survive this. We were going to move forward and we’ve never looked back.”