If you’re in the market for a new truck – whether it’s your first time or you’re an experienced owner-operator – the financing options can seem endless. Do you go to your bank? Or do you arrange financing through the dealer or OEM that’s selling you the truck? Maybe a lease makes more sense? Or perhaps you should take advantage of that lease-purchase plan being offered by the carrier down the street? There’s a lot to consider, so we caught up with an accountant, a sales rep, and an owner-operator for some tips on how to finance your next truck. 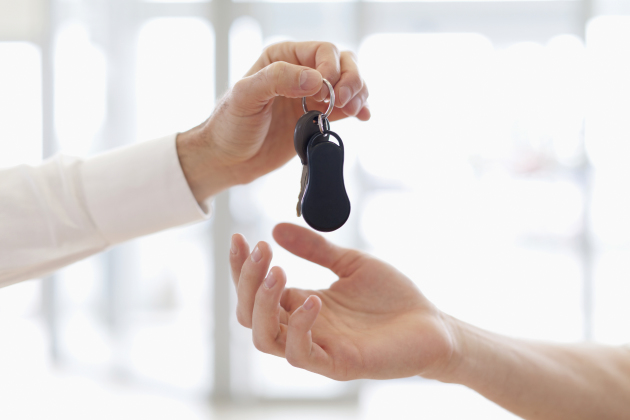 Buy only what you need…

“This 600-hp stuff drives me crazy, it’s just insane,” he says of customers who want the biggest engines for applications that are easily handled by smaller, less expensive, but more efficient power options. It’s not just the cost of the engine that’s higher, he notes, but higher horsepower engines also drive more wear on components and burn more fuel. All for the sake of getting up the hill faster?

“Buy what you need,” Horn advises.

“A lot of people don’t know their costs to run a truck,” Horn adds. Every owner-operator wants to spec’ out a high-horsepower, condo-style sleeper cab, but sometimes the payments will be cost-prohibitive. Horn says owner-operators need to calculate their income before they finance a new truck. One good way to do this is to spend a few years as a company driver with the fleet you plan to sign on with.

There’s no magic formula to what an owner-operator can afford in truck payments, Horn acknowledges.

“One old rule that usually works is, one week (of revenue per month) goes to the truck payment, one week goes to fuel, one to maintenance, and the fourth week is money in your pocket,” he says.

“You may be approved for a certain amount, but that doesn’t necessarily mean you can afford it,” he says. “When things are going good, no, you won’t have trouble making the payment. But when things are tight, then what are you going to do?”

Lee also suggests forking over as much as possible as a down payment. “Go with the maximum,” he suggests. “That is what’s going to give you the biggest bang for your buck.”

Time your purchase
The best time of year to buy a new truck, according to specialized trucking accountant Scott Taylor, vice-president of Transport Financial Services Group, is late in the year. That allows you to write off its expenses for the latter half of the year, even if you’ve owned it for just weeks.

“Buying at the beginning of your business year, you’re giving up the opportunity to write off too soon,” Taylor explains. “You won’t get the maximum effect of a write-off for what you’re actually putting into it. Revenue Canada assumes everyone buys new equipment in the middle of the year, which is what they call the half-year rule. So, if you buy before the middle, you’re giving up an opportunity to expense more than you really paid. This is the bonus of buying in the last half of the year.”

“It’s amazing how many times you have a financial institute that claims its rate is, let’s say 5%, and Institute B says its rate is 6% and when you get your payments, the payments to Institute B are actually lower,” he explains.

Sometimes low interest rates can come at a cost, in the form of hidden charges and fees. Horn recalls seeing a contract in which a big bank was charging a $4,000 filing fee that was buried in the terms and conditions. The interest rate may have been more attractive, but in the end, the owner-operator’s borrowing costs were considerably higher.

“Instead of worrying about the rate so much, what are the payments? And what financial institute can actually work with you to tailor something that can work for you?” Horn asks.

Consider a lender that knows the business
Arranging financing through the dealership, a specialty financial company, or the OEM’s financial services arm may be advantageous, because these companies have an interest in seeing their customers succeed – so they can sell them more trucks – and because they understand the business. If your application is seasonal, it may be possible to work with these companies to develop a customized payment plan.

“There are a lot of different options that the truck OEMs can offer that a bank or private lender can’t,” Horn says. For example, a logger may be able to arrange to make payments on the interest only during spring thaw when mud keeps the truck parked, and higher payments during the busy season.

“They understand truck stuff. If a fellow has fallen on financial hardships, suffered an injury, had excessive breakdowns and things are tight, call (the finance company), tell them what happened, don’t BS them, and quite often they’ll restructure the deal and tack a payment on the end as though nothing happened. They’re willing to talk,” Horn says.

For Lee, working with a financial services company connected to the trucking industry had another benefit.

“If you use a bank for financing, they could use your house as security,” he says. “Personally, I would never do that. I like to keep my home and business separate. It’s me borrowing money against the truck, so if anything goes wrong and I can’t make my payments, they take the truck back.”

“Most OEM financial companies don’t want any of your assets, such as your house, tied in,” agrees Horn. “With a lot of the other lenders, you have to have to cross-collateral your house.”

Own the asset
While leasing provides owner-operators with predictability and some additional peace of mind regarding maintenance costs, it also means they don’t actually own the truck they’re driving.

“Ultimately, when you own something and you have a loan, if there’s equity in that, you can use that for something else,” Taylor says. “When you have a lease, you don’t own it so you don’t have any equity to show anybody.”

Taylor recalls an owner-operator customer who went to the bank looking for a $10,000 loan to cover licence renewals.

“They wouldn’t give him anything, and he was stunned,” says Taylor. “He had leases, so he didn’t own anything. If he had owned those trucks and they were worth more than he owed on them, he could have used that equity to support getting the loan for his licence renewals.”

Lease-purchase plans
Lease-purchase plans offered by carriers have gotten a bad rap, because some unscrupulous carriers have exploited the dreams of prospective owner-operators by putting them into a truck they would never be able to pay off. These schemes have been dubbed “never-never” plans and have left many aspiring owner-operators broke and frustrated. However, Horn says they can offer a company driver who wants to run their own business a toehold into the business. Just be cautious and aware of the limitations, he advises.

“Realize you’re tied to that carrier for a period of time and investigate them very closely,” he says. “It’s not always the best way to get into a new truck.”

In some cases, Horn acknowledges, lease-purchase plans are beneficial to both parties. He suggests driving for the carrier for several years as a company driver to get a good understanding of how they run their business and treat their drivers and owner-operators.