DENVER, Colo. — Whether you agree with the legalization of marijuana or are against it, most would agree that for those in the transportation industry, safety managers will have to be on high alert when the substance becomes legal. Many companies south of the border know all too well the challenges that come with the legalization of marijuana, but for Peninsula Truck Lines from Federal Way, Wash., the process has been made easier due to the staff it has on-board.

“We employ good people who understand the implication of drug use as a CDL driver and for other safety-sensitive positions,” said Curt Burhenn, safety director for Peninsula Truck Lines. “We have been a very fortunate company in our ability to hire great professionals who understand the dangers of drug use, not just because it is off limits as federally regulated employees. We have historically had a very low occurrence of positive drug tests and that trend has not changed with the legalization of marijuana.” 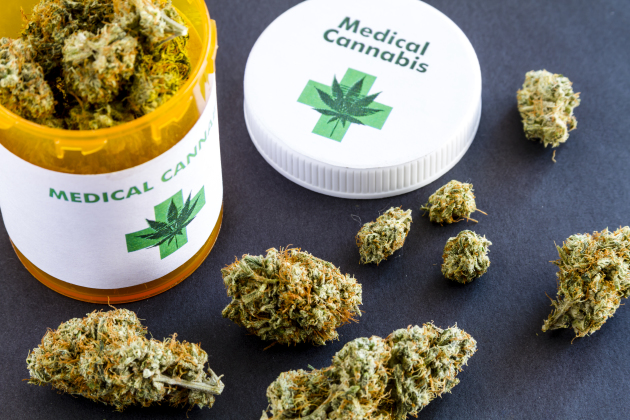 Despite Peninsula’s success in circumventing issues surrounding marijuana use, Burhenn admitted he was against the substance’s legalization.

“I think legalization of a federally controlled substance in just certain states opens the door to a lot of confusion, and being in a federally controlled industry makes drawing the line even more challenging,” said Burhenn. “This also opens the door to possible attempts for federal legalization, which would have far greater negative implications on the trucking industry.”

In Colorado, where marijuana is also legal, Patti Gillette, vice-president of the Colorado Motor Carriers Association, said education of drivers was an initial concern.

“We were concerned that drivers would think they could use marijuana products since it was not going to be illegal, and put their jobs and future livelihood at risk,” Gillette said.

And at first, this concern did become a reality, with a huge uptick in positive drug screenings from commercial drivers.

“Unfortunately, that resulted in many drivers losing their jobs and having to complete a substance abuse program as mandated by the Federal Department of Transportation,” said Gillette. “That has since fallen off with outreach and education.”

Gillette said concerns remain over impaired driving, an issue she feels is one without a current solution.

“The difficulty with that is there does not exist a good roadside tool to measure marijuana impairment,” she said. “Accident statistics have trended up, but it is unclear how much is due to marijuana impairment versus distractions, or other factors, but in speaking offline with law enforcement, the officers believe there is a strong correlation.”

Sheri Call, executive vice-president of the Washington Trucking Association, said the legalization of marijuana has made it more difficult to find “clean drivers.”

“It is already tough as is to attract new people to the industry and our driving labor force is suffering because of it, then you add an element such as legal marijuana and it just makes it tougher, nearly impossible to attract drivers,” Call said. “In the U.S., it is illegal federally; our drivers are subject to federal rules, so it’s not just a matter of company policy.”

Burhenn said though he is not familiar with Canadian regulations regarding the use of marijuana, companies in the U.S. have a right to be drug-free, which includes placing a prohibition on the use of cannabis.

“I would say, check the laws to see if you can do so,” he said, “and then implement an in-house drug-free policy.”

Peninsula has always enforced a company policy on federally controlled substances, including alcohol and marijuana, which states no use within four hours of reporting for duty, and with regards to alcohol, be within federal limits. These rules fall within U.S. regulations and are not simply a company policy.

Peninsula reinforced its policy following the legalization of marijuana in the state of Washington to remind its employees that the substance was still federally controlled and off limits.

“Our policy in short is that a confirmed positive drug test result of any federally controlled substance will result in termination of employment,” Burhenn said. “Marijuana is no exception.”

One of the major hurdles in dealing with the possible legalization of marijuana in Canada is the absence of an impairment testing method, which has not yet been developed.

Dr. Melissa Snider-Adler, chief medical review officer for DriverCheck, advised during a Private Motor Truck Council of Canada (PMTC) session in Calgary, Alta., that companies should look at the issue the same as they would with alcohol, and take a zero-tolerance approach.

The PMTC has noted that in Colorado, where marijuana is legal, marijuana-related traffic deaths have increased 32% in one year, 92% from 2010 to 2014, and marijuana toxicology results for DUIs (driving under the influence) have risen 45% in the past year.

“However, any apparent use of drugs or alcohol during work hours is not acceptable even for office staff,” said Burhenn.

Canada’s federal government said despite concerns from some provinces and those in the industry, it plans to move ahead with the legalization of marijuana by July 2018.