Dry van trailers are no longer simply giant boxes on wheels that go rolling down the highway behind sophisticated tractors.

Today, trailers are different. They can be spec’d just as heavily as tractors, as customers and fleet manage 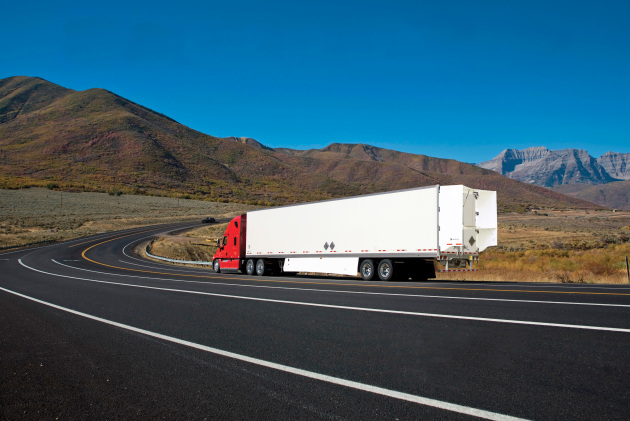 rs alike understand that having a spec’d-out trailer means more money in the bank.

We spoke with a handful of trailer dealer experts who told us all about today’s latest trailer buying trends and what spec’s are the most popular choices for fleet managers today.

Galvanization
Customers today are looking for spec’s that will give them a longer trailer life-cycle, said Mark Diamantopoulos, vice-president of sales for Breadner Trailers.

“What we’re seeing today is customers extending their life-cycles from eight years to 10, and sometimes stretching that out to 15 or 20 years,” he said. “It depends on what type of operation they run. But galvanization is huge today for us. Lots of fleets are opting to galvanize the rear frame and bumper.”

“(Galvanization) was something people couldn’t get their heads around (in terms of) cost,” he explained. “However, with the total cost of ownership and the fact that galvanizing has come down in price, it has become almost a must now. Whether it’s landing gear, rear door frames, threshold plates, you name it – where there’s steel now, people want it galvanized. Galvanizing holds up, and has a lifetime warranty. The longevity is outstanding. There is a small up-front cost compared to more conventional paint methods, but most consumers can get by that. The buyer is more educated now and they realize buying the cookie-cutter trailer is not going to last or be what they want in the long run.”

The amount of paint that is used on a trailer today has been greatly reduced, added Neil Christensen, senior vice-president of sales and marketing for Wabash Canada.

“Galvanization is happening in key areas today to eliminate corrosion,” he said. “Because with the magnesium chloride and the calcium chloride on the road, and salt, combating corrosion, when you can do that, you will extend the life of your trailer greatly.”

Disc brakes
When it comes to choosing brakes, or really anything on their trailers today, George Cobham Jr., vice-president of sales and marketing at Glasvan Great Dane, said more fleets are asking more questions.

“The purchaser is becoming more interested and more concerned about the purchase they are making,” he said. “Today, more than ever, they are hungry for information. Inquiries about disc brakes have gone up. If you’re having a conversation with someone about trailers they want to buy, there are more inquiries about disc brakes. We’re not seeing mass adoption, but people definitely ask when they’re buying their trailers more about them. They ask ‘What do they cost?’ and ‘Can you show me a financial payback?’ People still do go with drum brakes. But they’re asking more and we are selling more disc brakes each year.”

Skirts, tails, and undertrays
Aerodynamic spec’s that help fleets save precious pennies on fuel consumption has been a main focus for fleets in the last few months, because of the impending U.S. GHG Phase II regulations that were for the first time to include trailers. The trailer requirements, however, have since been postponed, but interest in this equipment remains high.

“But things have changed a bit in recent weeks,” explained Cobham. “Canadian carriers running to the States, considering buying trailers for this fall or for next year, were looking at the new GHG Phase II rules. So, they were forced to look at things like aerodynamic devices such as skirts and tails. And when the rules were postponed, I was happy to see people still go with those specifications, even though the rules have been delayed. Because that means they’re seeing the benefit of them and seeing it as an investment.”

Diamantopoulos agreed, adding today’s fleets are more conscious than ever when it comes to the environment.

“Many fleets today are spec’ing skirts or undertrays, all for the lower fuel consumption,” he said. “A lot of customers now don’t believe in the old saying ‘the lowest price is the law.’ They believe in total cost of ownership.”

Tires
Super-single, low rolling resistance tires, and tire inflation systems, are items that used to be considered an expensive luxury that only large fleets could afford. But today, investing in these technologies is becoming trendy, according to dealers.

Diamantopoulos suspects it’s because more customers are aware of the benefits of optimizing fuel economy.

“The main thing customers are looking at is fuel,” he said. “They want to be saving money and they want to be fuel-efficient. So low rolling resistance tires are more popular, whether that be duals or super-singles.”

Gorman added more fleets are also choosing these items because of the weight savings.

“With a tandem bogie on four super-singles, and four aluminum rims, the weight savings is great compared to a conventional tandem with eight tires and rims,” he said. “The cost is relatively comparable from the start and it saves over 650 lbs. This option provides overall weight savings, therefore providing the benefit of increased payloads, which will then hopefully increase revenues for the carriers.”

Diamantopoulos added adoption of tire pressure monitoring systems and tire pressure inflation systems have also been on the rise.