The weight of the law: Part 1 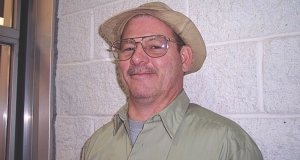 A CAUTIONARY TALE: Robert Austin hopes others learn from his experience.

SALISBURY, N. B. –The evening of June 7, 2006 was one that changed truck driver Robert Austin’s life. It’s a cautionary tale for all drivers.

It’s a tale about how important the driving profession is regarded in the regulatory arena, but also how fragile a trucker’s livelihood can become, as it did for Austin after one really bad night behind the wheel of his vehicle.

The events of June 7

It started innocently enough. On the 7th of June 2006, on Route #2 near the town of Salisbury, New Brunswick, truck driver Robert Austin passed the westbound weigh-in-motion scales stationed on the route.

A company driver with 27 years of experience, Austin had received, nearly two months prior on Apr. 21, a safe driving award from his company for one full year of accident-free driving.

As Austin passed the scales, New Brunswick Department of Safety Commercial Vehicle Enforcement Officer (CVEO) Annette Kinder reported to her colleague Kevin Perry that a vehicle had been alerted by a lit sign to enter the scales and was bypassing. Perry, as he noted in his occurrence and investigation report, obtained by Truck News, went outside and observed a single tractor-trailer unit travelling westbound on Route #2.

The unit had been preceded by a small pick-up truck with a load of furniture.

Perry went with his marked patrol vehicle and proceeded to intercept the vehicle before it reached the Salisbury exit. Perry said he activated his lights and stayed out on the left side of the lane to ensure that the tractortrailer driver could see that he wanted him to stop.

The Department of Public Safety was in the middle of a Road Check blitz during the time of Austin’s travels through the area, and a greater percentage of vehicles was being called to the scales.

Perry said the driver continued along the highway and then signaled before the off-ramp to Salisbury.

Perry said he thought that the driver was going to pull over on the ramp but he again failed to stop and only stopped at the stop sign. After a brief pause, the driver made a right turn and continued along the road until he reached the driveway to the fuel pumps for tractor-trailer units. The driver, said Perry, only stopped when he had pulled up to the pumps.

In an interview with Truck News, the way that Austin describes it, on approach to the Salisbury scales on Route #2, in the direction he was heading, the signs indicating the scales were on one side of the highway only.

“If you’re from Ontario and you pass a line of trucks you will miss the indication. It’s easy to miss.”

Nevertheless, Austin said he knew the procedure well. “The lights flash, you go in. They didn’t flash when I went by.”

Instead, he believed that the lights were not flashing for him, but for the pick-up in front of him.

Austin added that upon seeing Perry’s patrol vehicle, he did intend to stop, putting his blinkers on, but did not feel safe stopping on the grade, at night, on pavement that was somewhat wet, and proceeded to where he felt safe to stop, at the fuel pumps of a nearby filling station off the Salisbury exit. At the time, he didn’t think it was an issue that he’d proceeded to that point before stopping.

CVEO Perry, meanwhile, approached Austin and explained that he had failed to report when signaled. At this, he noted, Austin “became upset and stated that the lights were not for him and that they had come on for the pick-up in front of him.”

Perry explained about the violation for failing to stop when signaled by the van lights. He ordered Austin’s vehicle to return to the eastbound scale site so that inspection and massing of the vehicle could take place.

Perry said Austin refused, was agitated and would not listen to his explanations.

“When Austin brushed past me and bumped me, he turned and told me to keep (my) hands off him. I then returned to my vehicle and requested from CVEO Annette Kinder that the RCMP or a second CVE unit attend the scene,” wrote Perry.

A second CVE unit arrived and parked in front of Austin’s unit.

Perry then asked Austin again to move his vehicle to the scales and Perry stated that Austin refused and said he did not have to report.

Two other CVE officers started to talk to Austin and Perry said he moved to the rear of the tractortrailer unit to try to de-escalate the situation.

He returned to the front of the tractor and that’s when the situation worsened.

“He brushed past me and struck my hand which I had raised in front of me. Austin then accused me of assault and said I had assaulted him three times.”

Austin was the one who eventually called in the RCMP, because he said he felt threatened.

At some point, the dispatchers at Austin’s company were contacted in order that they try to communicate with Austin about what he would be required to do. Before they could do so, however, Austin agreed to return to the eastbound scales for massing.

Still upset, he also contacted his operations manager and explained the situation in a voicemail. Following the event and his communication, the next day Austin received a letter of instant dismissal.

Given that a civil suit remains pending, Truck News has not named the company Austin drove for at the time of the incident.

But in the letter to Austin, his former company’s operations manager noted that Austin’s actions were against company policy and procedure and in violation of the Motor Vehicle Act, and grounds for dismissal.

He also said that Austin had essentially admitted to the infractions in a voice-mail.

In one fell swoop, Austin lost a job that was paying him over $50,000 a year, as well as his medical, dental and other benefits.

He thought, somehow, he’d have more of an opportunity to explain what was, for him, a gross misunderstanding that would only get worse.

Calls from Truck News to Austin’s former operations manager (to discuss the June 7, 2006 incident) were not returned, but a media rep from Austin’s former employer told Truck News that contracts with company drivers and owner/operators remain confidential and are set with an understanding of certain professional codes of conduct.

In the event that there are employee issues, there is a dispute resolution process available to employees through Human Resources or broker relations, she added.

But Austin believed he didn’t have a chance with his company while the New Brunswick Department of Safety was against him. Austin further believed that the company was advised by the government to terminate him.

– Next month’s issue will feature the conclusion of this story.