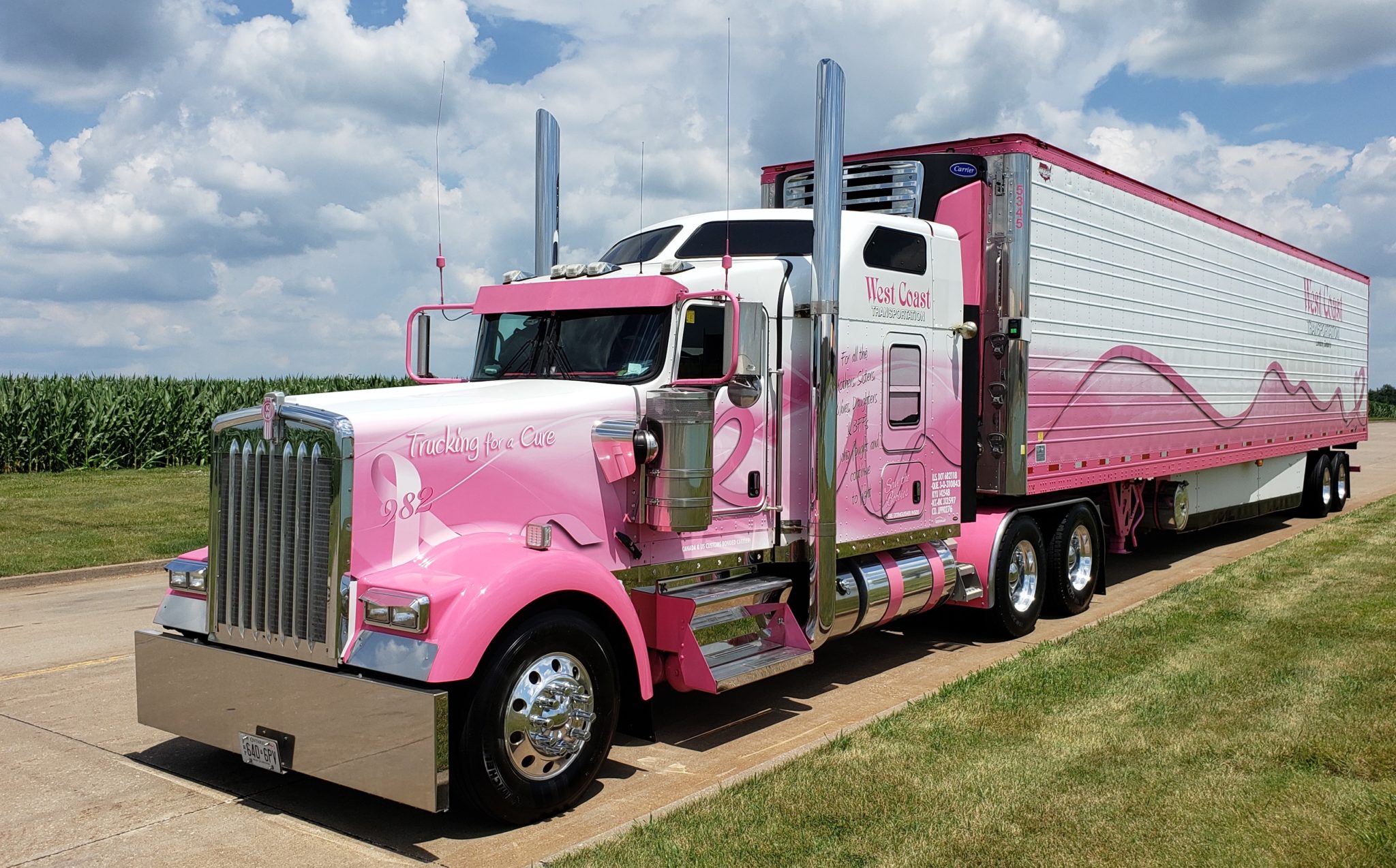 WALCOTT, Iowa — You could say that Eva Knelsen was tickled pink to attend the 40th annual Iowa 80 Truckers Jamboree.

The Ontario driver was pulling double duty at this year’s event, working a booth to raise funds for breast cancer research, and still finding the time to apply polish to her Kenworth — securing first place in the 2016-19 working truck combo category and a bronze for custom graphics.

When she went to accept her awards in pink heels, the announcer also proclaimed she was the best-dressed driver.

It’s been a long, difficult journey to get here, though.

Knelsen’s family wasn’t thrilled by her plans to become a truck driver, even though the self-professed tomboy decided on the career path as a teenager. As one of 15 children from a conservative Mennonite family, it’s not what her parents expected.

But she still remembers a day, at the age of 13, when she and her siblings were waving frantically at a passing truck.

She was full of questions back then. “Can you see what they’re driving? Can you see where they’re going? They get to see everything!”

Experience with heavy equipment came early. She worked with her family on tobacco farms when she was nine, and by the time she was 12 she was driving a tractor and cultivating fields. Formal schooling stopped at Grade 8, but she completed her high school equivalency through correspondence.

By 21 she had a truck licence of her own. Eight months after that she secured her first job at Trailwood Transport. No experience necessary.

Her dad said the job was not for women, especially not Mennonite women. Knelsen was undeterred. Her parents wouldn’t talk to her for four years because of the resulting rift. They chose to believe that women in trucking had loose moral standards.

“It hurt… a lot … I got used to being alone. That just made me tougher,” says the driver, who goes by the handle of Driverette.

After going to work for West Coast Transportation a few years ago, fleet owner Don English approached her with the idea of wrapping a truck and trailer to support the fight against breast cancer, which had taken the life of his girlfriend’s mother.

Knelsen was enamored with the final wrap, designed with her help.

“I was in pink heaven,” she says, referring to the first day she saw the truck that came to be known as Ken Worth.

Two days after it was finished, she secured a second-place trophy at the Trucking for a Cure convoy in Woodstock, Ont. More than 600,000 km later, she continues to collect the hardware.

She is meticulous in maintaining and upgrading the truck, too. When the underglow lights on the tractor weren’t pink enough, she picked some up at the Iowa 80 truck stop and wired them up herself.

She also uses her own money to buy the merchandise to support her breast cancer fundraising efforts.

Because she knows just how powerful a message wrapped in pink can be.