VANCOUVER, B.C. – Though an agreement has been reached between several container truck companies that operate out of Port Metro Vancouver and Unifor, the union that represents the drivers, several thorns remain in the side of this ongoing issue.

Unifor announced Nov. 29 that six of the eight container truck companies working out of the port had agreed to a deal that will not expire until July 2019, a move the union’s B.C. area director Gavin McGarrigle called welcome news.

“Whenever you have labour rest for four years,” he said, “That’s a good news news story.”

McGarrigle said the fact that Unifor now had an agreement after having seen three disputes in the last 15 years, added to that good news news story, but it was also necessary to get the other two companies – Port Transport and Habour Link – on board, as that would ensure no further quarrels between the two parties until the summer of 2019 at the earliest.

The back-and-forth between Port Metro Vancouver companies and employees stems from the contention that drivers were not being paid what they should have been by the respective companies that employed them, which resulted in a strike in 2014.

In late November following an audit of several of the port’s container trucking businesses, the Office of the British Columbia Container Trucking Commissioner ruled that the companies were not paying drivers the retroactive rates that was agreed upon in March 2014.

McGarrigle claimed that both companies holding out on a deal had been the first to say that they wanted to be treated the same as all the other companies operating out of the port, but they now want to have it both ways.
“They have no one to blame but themselves,” McGarrigle said.

Unifor also contends that Harbour Link ‘was one of the main companies that has refused to pay the retroactive wages required.’

“Instead of bargaining a fair deal and following the law, Harbour Link has been fighting tooth and nail to avoid paying the wages it owes drivers and now it wants a different contract than that signed with other companies,” said McGarrigle. “With these six deals in hand, Port Transport and Harbour Link are extremely vulnerable to a loss of business. It is in their interest to get a deal as soon as possible.”

Truck West did attempt to contact Harbour Link, but has not yet received a reply.

The B.C. Trucking Association (BCTA) has been keeping quiet with regards to the matter of retroactive pay to drivers, despite representing many involved.

“The BCTA doesn’t have a position on this. The members that we represent are not unified on the subject,” BCTA president and CEO Louise Yako said, adding that due to the lack of consistency, the association could not speak on all their behalf.

Yako did say that there were other issues at Port Metro Vancouver the BCTA was actively pursuing that were not related to retroactive pay, including the current way licenses are constructed.

“It prohibits licenses to move with companies if the companies are sold,” explained Yako, saying there was a need to modify the license to allow it to go with the companies when they are sold, provided it does not circumvent any other license requirements.

Another issue the BCTA is working on is the matter of long-haul licensing, an initiative Port Metro Vancouver recently completed a consultation process with various stakeholders.

“There are a couple of things that they are proposing that we disagree with,” Yako said, “and one of them is the requirement that in order to qualify to be a long-haul container trucking company, you would have to use the same driver to transport a container through the Lower Mainland.”

Yako said there are several circumstances when a company could not use the same driver throughout the Lower Mainland, including regulator reasons, like hours of service limitations, if the shipping line changes and if a container is held by customs for inspection.

“Those are circumstances that are completely out of control of the trucking company that wouldn’t allow them to have the same driver operate the vehicle to transport the container throughout the Lower Mainland,” she said.

Reasons provided to the BCTA by the port on why it was seeking such a stipulation was to avoid potential for undercutting and competition of local drivers, whose compensation rates are regulated.

Yako, however, said that long-haul trucking companies were never supposed to be part of this dispute and should not require regulation in terms of rate structure.

Unifor continues to negotiate with the two container trucking companies holding out on a new agreement. McGarrigle said companies operating at the port are in competition with each other and that these kinds of situations can be common, but that Unifor was not going to allow the two opposed to set rates for the rest of the businesses that have already settled on a new agreement. 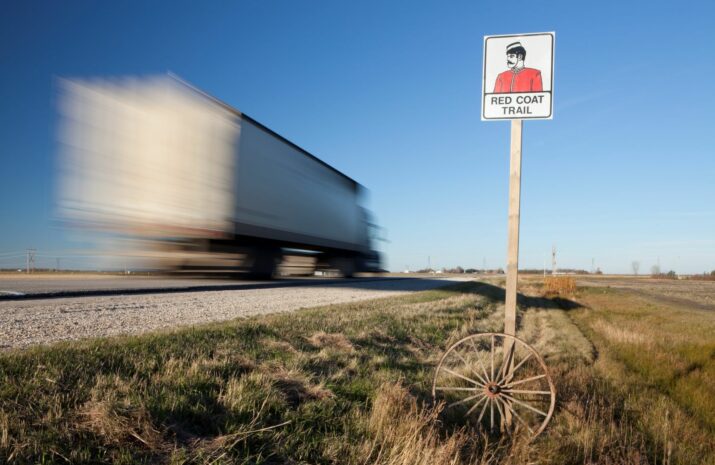