The announcement was by Canada’s minister of Transport, Marc Garneau, today (May 17), with the funds coming from the federal government.

“Our government is investing in Canada’s economy by making improvements to our trade and transportation corridors,” said Garneau. “We are supporting projects that will efficiently move commercial goods to market and people to their destinations, stimulate economic growth, create quality middle-class jobs, and ensure that Canada’s transportation networks remain competitive and efficient.”

The four projects include: the addition of nearly five kilometers of track at the Canadian Pacific facility, reconstruction of Harris Road, and a new two-lane overpass replacing Kennedy Road in Pitt Meadows; upgrading Westwood Street and Kingsway Ave. intersections at the rail corridor; design work to raise Pitt River Road and Colony Farm Road to create overpasses of the existing rail corridor; and improvements to the Canadian Pacific railway overpass at Mountain Highway.

“I am pleased to see these projects going ahead. Investing in the Port of Vancouver’s infrastructure will benefit not only the local and Canadian economy but also provide Canadian exporters with new opportunities to reach the global market,” said Ron McKinnon, MP for Coquitlam-Port Coquitlam. “This investment will also have a real impact for those who live and commute in the Tri-Cities area as they will be tangible improvements in traffic flow and congestion.”

The projects are expected to create 550 jobs during construction. 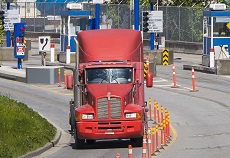