SAN RAMON, Calif. — Unlike their American neighbours, Canadians hoping to buy Chevron Products Company’s new severe duty oil will have to wait until after the winter’s snows have melted.

The lubricant producer’s latest offering is the Delo 400 SD SAE 15W-30. Chevron has positioned it as a fuel-efficient and cheaper alternative to synthetic, severe-duty products promising excellent deposit control. According to the company, it shows “comparable fuel economy to SAE 10W-30 in (Class 6) stop-and-go applications and up to 0.7 % fuel economy improvement with long haul trucks (Class 8) when compared to a SAE 15W-40 oil.” Chevron also claims that depending on the application and engine, the drain interval is between 30% to 50% less than the recommended drain interval during over-the-road use.

The Delo 15W-30 is designed for on- and off-highway applications, including 2010 and Tier 4 compliant low emission diesel engines with selective catalytic reduction (SCR), diesel particulate filter (DPF) and exhaust gas recirculation (EGR). Chevron specifically notes that agriculture and construction applications are particularly well-suited to using the oil, especially those that currently use 10W-30. 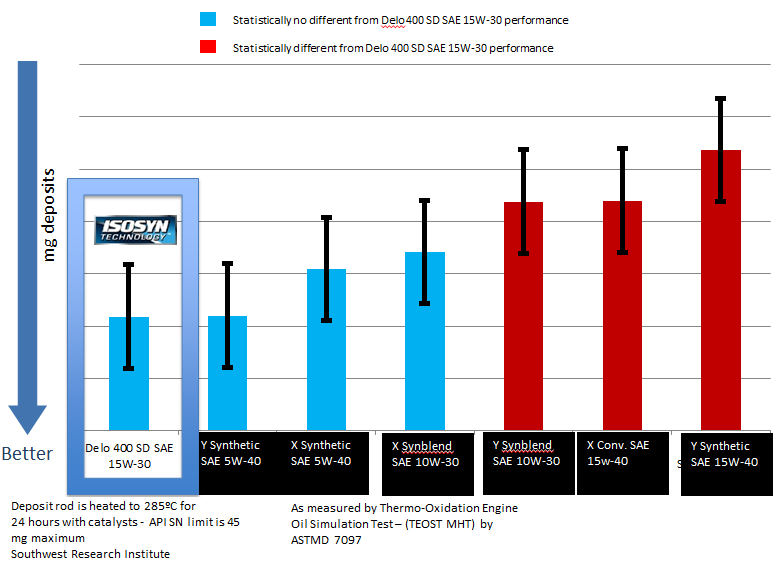 Knowing that 15W30 is an unusual viscosity rating, Chevron is adding a bonus for its American clients: after purchasing 10 US gallons of the oil, customers qualify for 5 free engine oil analyses. The thinking behind the offer is that that first one will be used as a comparison baseline of their original oil, and the next four will be tests of the Delo 15W-30. That way they can see how well the oil is—or isn’t—holding up under their specific working conditions.

One working condition Chevron seems a bit leery about is extreme cold weather temperatures, noting that it should perform in a similar manner to a 15W-40 in those conditions. (The company recommends using 5W oils for low temperature performance.) It’s precisely because of this reason that the Canadian launch is being held back until sometime next spring, after the weather warms up. As to whether Canadian customers will be presented with the same off for free engine analyses, Chevron can’t confirm that at this point.

“Upon launch we will certainly consider that. We will use the learning here. We think it’s going to be really effective. Assuming we get positive feedback from our customers, and we certainly expect to, that would certainly be our expectation. We have the ability to execute there and we hope to target late spring when it makes sense—when things start to thaw out a bit,” said Jim Gambill, manager Americas marketing with Chevron Products Company. 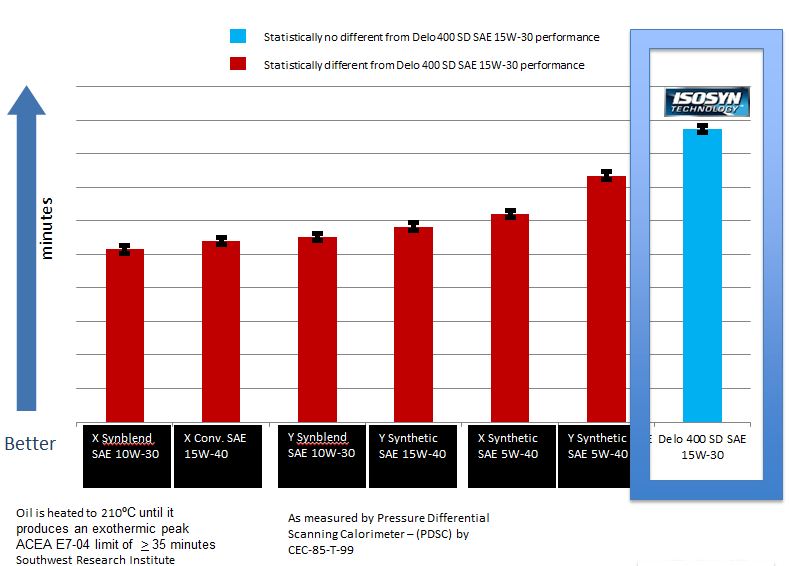 Chevron says buyers should expect to see the oil priced somewhere between what similar-sized bottles of 15W-40 and 10W-30 would cost.