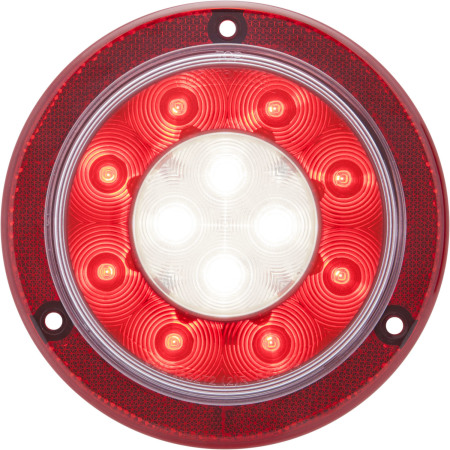 The Fusion four-inch round LED stop, tail, turn, and backup lamp is just .79 inches thick, while its counterpart stop, tail, and turn lamp for trailers has a lower .75-inch profile.

The Fusion lamp uses a patent-pending circuit board configuration and LED light-projecting technology that projects red light from the red area of the lens to the clear area of the lens during braking, the company notes. The same portion of the lens is also used for the white back-up light. The end result is fewer diodes, reducing heat loads and lowering the lamp’s price.

The models are expected to be available in the second quarter of 2018.

The warranty will replace the lamp if even one diode fails.