VICTORIA, B.C. – B.C. could soon be the next province to announce a mandatory entry-level driver training (MELT) program.

According to the Insurance Corporation of B.C. (ICBC), it, along with the province’s Ministry of Transportation and Infrastructure and Ministry of Public Safety and Solicitor General, is working to support the development of a new MELT program for Class 1 drivers.

“ICBC is examining a number of different training options to improve commercial vehicle driver safety, including the recently introduced MELT programs in Ontario and Alberta, as well as the U.S.” ICBC stated in a release to Truck News-West. “As with the MELT programs in Ontario and Alberta, B.C. plans to propose a standardized mandatory curriculum for use by the driver training industry that specifies the number of required hours for in-classroom, behind-the-wheel, and in-yard instruction.”

The Ministry of Transportation and Infrastructure said current applicants for Class 1 licences must undergo “robust testing, mandatory air brake training, and driver record screening prior to being issued a licence.”

The ministry told Truck News-West that the ongoing review of the province’s Class 1 commercial driver training standards will be examined to see what improvements can be made and how those changes will be implemented.

The provincial government also said it supports Transport Canada’s recently announced national standard for MELT, which is expected to be developed by early next year in partnership with the Canadian Council of Motor Transport Administrators, as well as provincial jurisdictions.

Shelley McGuinness, communications specialist with the B.C. Trucking Association (BCTA), said the fact that a national standard is coming down the pike poses an interesting problem.

“Can you cover all of B.C.’s requirements in a national program, or do you make the national program a foundation, and build on that with specific requirements per province?” McGuinness questioned. “Obviously, truck drivers trained to a standard in one province may still operate across Canada. But truck drivers obtaining certification in Manitoba or Saskatchewan have no way to practice mountain driving on the road as trainees.”

Because the province presents unique challenges for drivers, such as mountain terrain with steep grades and unpredictable weather, McGuinness believes B.C. needs its own MELT program.

“The experience and needs of the industry and drivers in our province, combined with our unique transportation profile means we need to cover a lot of ground,” she said. “We’re Canada’s Asia-Pacific gateway with a number of ports, we have high mountain passes and severe weather, our highway system includes ocean-going and inland ferries. So in the classroom or cab, we should be providing training that covers B.C.-specific practices, requirements, and skills.”

The BCTA has made clear it wants to offer its expertise and knowledge when it comes to the province’s development of a MELT standard, and has voiced to the government and ICBC the need for a program.

The association also welcomes the opportunity to be part of the creation of a national MELT standard, which could come by January 2020, and looks forward to doing so as part of the Canadian Trucking Alliance. 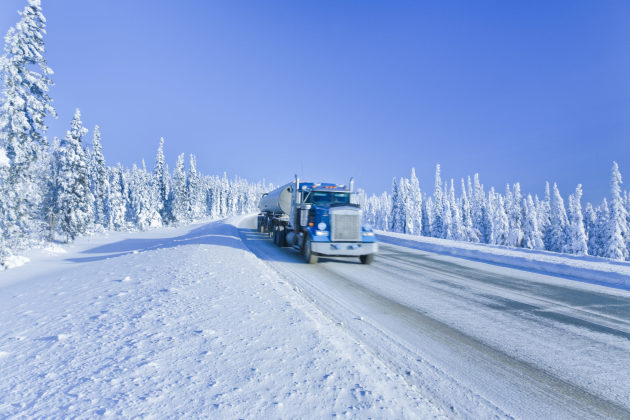