CALGARY, Alta. – After the federal government announced regulatory changes to the transportation of livestock last February, the beef industry has been given two years to adhere to the new rules.

The Canadian Cattlemen’s Association (CCA) met with government officials recently to discuss concerns around the new regulation, which is set to take effect this February.

One of the concerns the CCA raised when the new rule was announced revolved around maximum rest time intervals for providing feed, safe water, and rest for animals in transit.

The regulation states all beef and diary cattle must be provided feed and water every 36 hours, down from 48.

The CCA believes the new regulations will increase stress on cattle and their chance of injury due to changes requiring more loading and unloading for rest stops.

The association also questions why the government announced the changes before research on the transport of animals is complete, saying data is to collected through 2021.

“To ensure proper process, specific proposals need to be researched to understand how they affect the wellbeing of the animal,” the CCA indicated on its website following the regulation changes. “Without fully evaluating unknowns, such as the stress of unloading and reloading versus the stress of completing the journey, the effects of temperature, trailer design, loading densities, as well as whether rest stops do, in fact, relieve stress, the government is taking a risky approach with the revised regulations that we anticipate will move industry’s good record away from, rather than closer to, 100%.”

The CCA pointed to research from Agriculture and Agri-Food Canada that says 99.95% of cattle on long-haul trips reach their destination in good condition.

Canada’s agriculture minister, Marie Claude Bibeau, indicated during a CCA event Dec. 11 that the government will take an additional two years to review and determine what rest time intervals work best for the transportation of cattle.

Those transporting all other forms of livestock will have to follow the new Livestock Transport Regulation starting this February.

In addition to rest intervals for cattle, broiler chickens spent laying in hens as well as rabbits will need to be fed every 28 hours and provided safe water every 24 hours. Current requirements for both is 36 hours.

Other amendments include those related to space requirements and overcrowding of animals, including preferred positions for particular species. They also address container and conveyance requirements when it comes to design, condition, and maintenance.

The government estimates several commercial carriers will be affected by these regulatory changes, including 480 that transport pigs, 135 poultry carriers, and around 84,000 livestock and poultry producers. Around 470 cattle carriers will benefit from the two-year transition period. 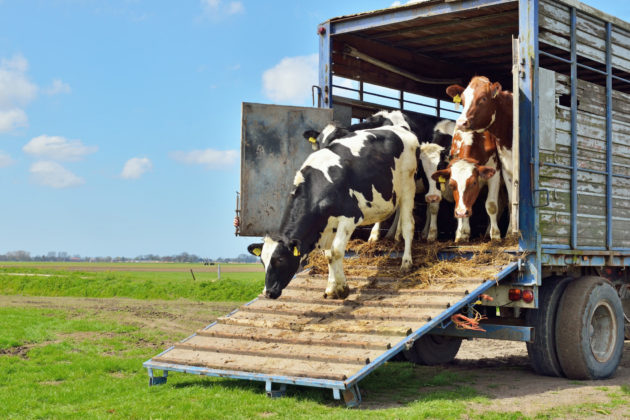