MISSISSAUGA, Ont. — A recent pullback of heavy-duty natural gas engine development may have interrupted the momentum natural gas was enjoying as a potential alternative to diesel fuel, but it has done little to dissuade advocates from believing natural gas is still a better choice in many applications.

Westport’s popular 15-litre liquefied natural gas (LNG) engine was discontinued last year, Cummins announced its ISX15 G engine is on hold and most recently, just a couple weeks ago, Volvo announced it’s suspending development of its 13-litre LNG engine. These decisions could be devastating to the natural gas movement in Canada, where weights in excess of 80,000 lbs – the current limit of the Cummins ISX12 G – are regularly hauled, but guests on a Surface Transportation Summit panel indicated natural gas still has enormous potential as a transportation fuel. Among those speakers was Kelly Hawes, president of Cold Star Freight Systems, which runs 10 CNG-fuelled Mack tractors in a regional haul application in B.C. He has seen fuel savings of 30-40% with the truck and has found the ISX12 G to be fully capable.

“We’re pulling full tridem loads around the Lower Mainland and back with CNG trucks,” Hawes said. “But we’re also not pulling the Rocky Mountains with these trucks. Our range is about 350 kilometres, pretty flat for most of it, and there’s no problem.”

Hawes acknowledged the ISX12 G requires the driver to drop about two additional gears on the hills compared to a diesel, but it only adds about six minutes to a haul.

“For a 30% savings, I’m okay with that,” he said. “Performance-wise, there’s no problem. We can pull tridem loads if we have to. The drivers don’t even notice the difference.”

“The momentum is still there,” Hoad said. “Of course there was disappointment when we heard that Volvo was pausing, but we’re still building stations. We’re building a brand new one in Alberta next year. The OEMs have paused, and that’s a really important point. They haven’t cancelled the program, they’ve paused it. To us, it’s not a matter of no. It’s just a matter of not yet.”

While a lack of fuelling infrastructure has been cited as a reason for the reticence of fleets to transition to natural gas, Hoad said a network is taking shape.

“I would say we’re developing quite well,” Hoad said, noting ENN Canada has public fuelling sites in Merritt and Chilliwack, B.C. as well as one in Woodstock, Ont. and more to come online next year. Some fleets have been installing their own private fuelling stations and both Hawes and Hoad said it would be nice to see those opened to the public.

“I think it’s really up to industry to work together to make a lot of these stations public access because that’s what’s going to fuel the growth of the industry and open it up to a lot more fleets,” Hoad said.

“If I had it my way, nobody should be able to build a fuelling station without it being a third-party cardlock system,” Hawes said. “That’s how you get infrastructure and get more people to be able to do this.”

Cold Star Freight worked with natural gas supplier Fortis B.C. to open a fuelling site near its terminal, which has been opened to the public. That relationship with Fortis was vital in getting a small fleet like Cold Star, which operates about 40 trucks, to take the plunge. It included a 75% rebate on the premium associated with purchasing natural gas-fuelled trucks; so $45,000 of the $60,000 upcharge was paid back to Cold Star, provided it met its CNG purchasing obligations of displacing 400,000 litres of diesel per year.

“That was pretty attractive right out of the gate,” Hawes said of the incentive. However, he said that given the fuel savings Cold Star has achieved, he would make the same decision today even without the incentive.

“Knowing what I know now, I would still do it without the incentive in place,” Hawes said.

For fleets in the Ontario market where no such incentive exists and the upcharge to natural gas-fuelled trucks is deemed too risky, there’s also the option to invest in a dual-fuel system such as that offered by Universal Truck Rental and Alternative Fuels Alternative Solutions. Steve Baty was on-hand at the Summit to discuss the dual fuel solution.

“What it does is, it takes any diesel engine and converts it to run on diesel and natural gas as the same time,” Baty said. “There’s no component changes whatsoever, it’s a bolt-on system. The system costs about $16,000 and that’s installed, road ready. That will save you up to 20-25% net on your fuel costs.”

Universal Truck Rental has a demonstration unit available for fleets in the Ontario market to test. The performance, said Baty, is transparent, but the fuel savings are clear.

“You get in the truck and drive it. Nothing changes. When the natural gas runs out, the truck runs 100% on diesel,” he explained. “It’s just a cheaper form of running your truck.”

Shipper-carrier collaboration was one of the themes at this year’s Surface Transportation Summit, and with Hawes speaking openly about fuel savings of 30-40%, he was asked how much of that, if any, shippers could expect to be applied to their freight bills. However, Hawes cautioned that fleets enjoying fuel savings from using natural gas should instead be reinvesting those savings into their operations and not giving it entirely back to shippers.

“Everybody is hearing today about driver shortages and trying to improve the margins of the trucking industry,” he said. “Although I think the shipper should share in some of the savings, its’ a really tricky discussion, and it should be a discussion that happens between each carrier and their prospective customer. That’s the way we’re approaching it. No, we’re not reducing our pricing because of this, and we’re being very public about the savings that we’re seeing. However, in turn what we’re doing is reinvesting either in more CNG trucks, driver wages, driver training, dispatchers and all that stuff. Trying to get our margins up to where we believe they should be. With that said, what we’re hoping is that there will be savings by reducing our fuel surcharges. That’s where it should apply. And we’re also hoping that we can maintain or stabilize our rates for the next year, anyways. That’s how we’re approaching it right now.”

Asked why fleets should take a look at natural gas as an alternative to diesel fuel, Hoad gave several reasons: “One obviously is the cost. Natural gas is less expensive, there’s no discussion there,” he said. “It’s also cleaner and safer,” he added, noting drivers don’t go home smelling like diesel at the end of a shift. Hoad also said running natural gas vehicles has helped carriers secure contracts with environmentally conscious shippers.

However, Hawes may have had the most compelling reason to make the switch. He indicated the fuel savings will help him grow his business.

“The way I put it, with 40% savings on 40 trucks, that means I could buy a natural gas truck in cash every three months with the savings,” Hawes said. “I can’t do that with the margins I had before. The other way to look at it is, if I wanted to put that kind of money on my bottom line, the amount of top line revenue that I would have to grow is in excess of $5 million in sales, which means more staff, more drivers, more buildings, more everything. Or I could buy new trucks, which I need already.”

And it’s also a good way to fend off competition from bigger players, which are taking a hard look at alternative fuels, Hawes added.

“A few years ago when I was doing this research and saw the big guys who were looking at it like Bison and Robert, I started to panic a little bit because I thought if all the big companies can afford to go with natural gas, they would have a competitive advantage over somebody who was smaller,” Hawes admitted. “When the incentive came out with Fortis, I thought this was my opportunity to jump on this because soon it would be the big companies coming into my neck of the woods and being able to reduce costs and pricing and there’s no hope I’d be able to compete.” 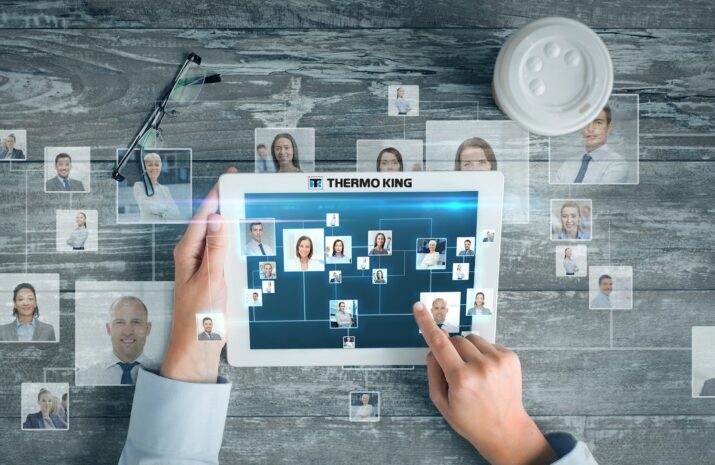 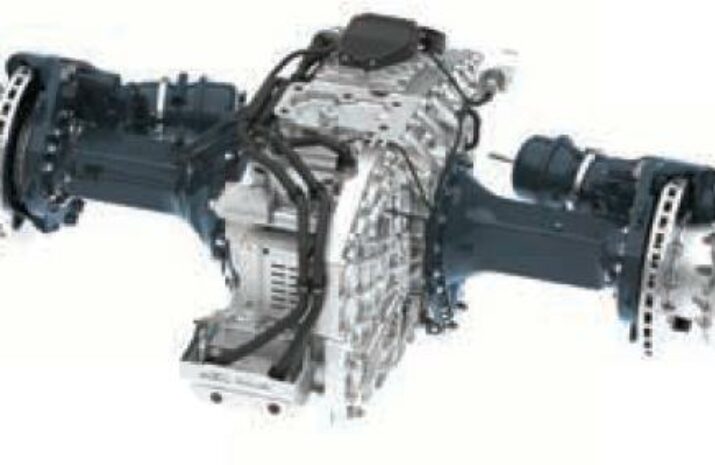 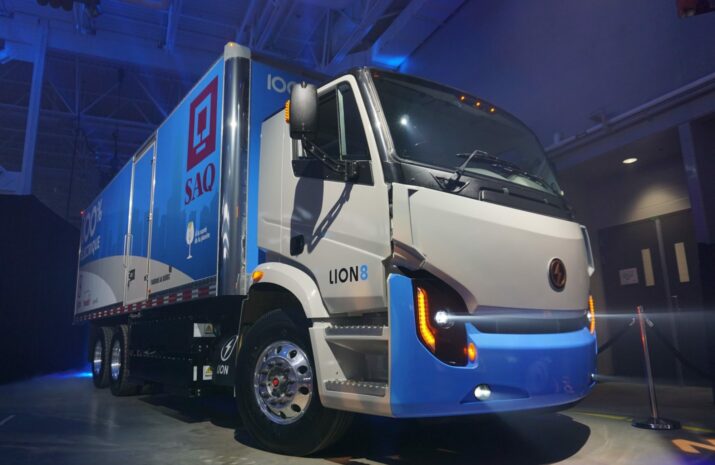 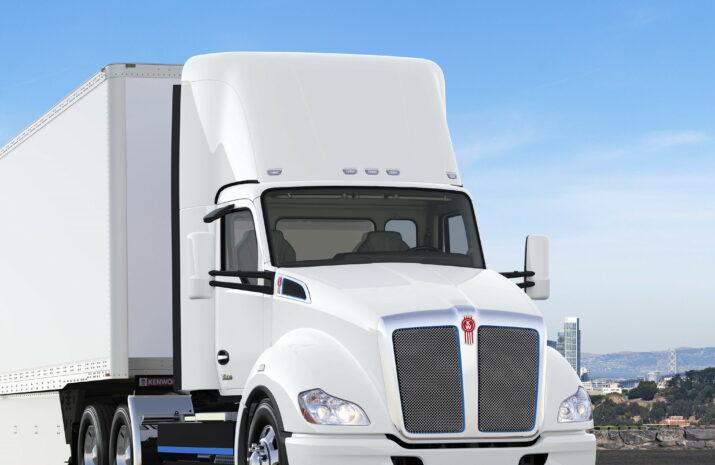