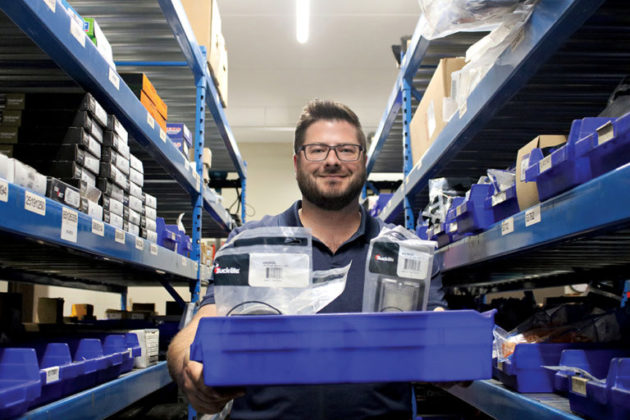 MONTREAL, Que. – Manufacturing plants are shutting down across North America because of the Covid-19 pandemic, but trucking aftermarket suppliers don’t expect increases in back orders or part shortages anytime soon.

UAP, for example, increased warehouse order levels as soon as it saw the first signs of an approaching pandemic. “We do business with factories across North America and Asia,” said Gaétan Delisle, vice-president, Eastern Canada Sales for UAP’s heavy-duty parts division. “As early as January, when things started to deteriorate, additional stocks were on the way or already arrived in our warehouses to increase our inventories.”

The business has a team that monitors the situation with Canadian and American suppliers on a weekly basis and adjusts accordingly. If the main supplier of a part is experiencing production slowdowns, it will turn to alternative sources.

Inventories have been increased not only in distribution centers (UAP has warehouses in Montreal, Mississauga, Edmonton and Vancouver), but also in Traction stores in case there are transportation problems.

“The pandemic is causing the sales volume to decrease slightly, but we have increased our inventories. For us, there is nothing to worry about in the short or medium term,” said Delisle.

Granted, a specific type of part could become more difficult to find in cases where a single manufacturer dominates the market and interrupts production. But common items such as brakes or air systems don’t appear to face any shortage.

“We always keep four or five months of inventory of these parts. Even if there was no supply for three months, we could still supply the market and in addition, right now, orders continue to arrive normally,” said Delisle.

Makpec president Claude-André Pouliot has also noted a slowdown in the aftermarket, but he doesn’t see any problems with the availability of parts, either.

The length of the emergency measures will dictate what happens next. “We don’t know which factories are going to close. But since trucking is one of the essential services, most of the manufacturers we deal with remain in operation,” he said.

The distribution center that Macpek recently built in Saint-Augustin-de-Desmaures provides it with a buffer. “We have a good cushion for inventory before we have to place new orders,” Pouliot said.

When he first began to hear about a pandemic, Groupe Boutin fleet manager Jean-Robert Fontaine checked in with suppliers and slightly increased his parts inventory to ensure he had enough to last until the fall.

A container of tires ordered in February, however, was never delivered.

“I did not take a chance and, last month I placed orders with suppliers based on my needs and their inventories,” he said.

A bigger challenge can involve finding subcontractors to do some of the required work. Damaged tarping systems, for example, can’t be fixed.

As for tires, the supplies continue to roll despite production cuts.

Bridgestone announced that March 21 that it will temporarily and gradually close its manufacturing facilities in North America and Latin America, but all facilities will resume normal operations by April 12.

In a statement, Bridgestone Canada’s executive director of business solutions, Darious Naylor, said “inventory is very solid and the supply chain is complete.”

“In addition, we have the possibility of increasing the production of retreaded tires.”

Michelin has started temporary, partial shutdowns at three Nova Scotia plants, but fewer than 500 employees have been affected across the province.

“Michelin has taken extensive precautions inside our plants to allow us to continue operations as safely as possible. These precautions include travel restrictions, self-screening, increased cleaning throughout the plants, social distancing measures, and staggered shift start and finish times, among other actions,” spokeswoman Nicolle Vuotto told us by email.

Goodyear has temporarily suspended operations at its manufacturing plants in the Americas, too.