EDMONTON, Alta. – The Alberta Motor Transport Association (AMTA) is applauding the province’s move to allocate $2 billion into infrastructure projects that will include the resurfacing of roads, bridge repairs, and the filling of potholes.

The announcement is aimed at easing the recession spurred by Covid-19, and doubles the capital maintenance and renewal funding for 2020-21 from $937 million to $1.9 billion by accelerating the capital plan.

“These infrastructure investments will be focused on projects that can be actioned quickly,” said Alberta Premier Jason Kenney. “By doubling our capital maintenance and renewal project funds, we will deliver much needed improvements to important assets, keep companies operating, and most importantly, keep Albertans working. As the weather improves and buildings are empty, now is the perfect time for us to act.”

Two projects in particular that will be focused on, as outlined by Transportation Minister Ric McIver, include a paving project on Hwy 63 near Fox Creek and bridge deck repair on Hwy 2 in the Peace River region.

There will also be $60 million invested into pothole repair across the province.

Also announced in early March was the government’s plan to spend $50 million over the next four years to add passing lanes, improve intersections and roadside turnouts, and build a new rest area along Hwy 881 between Lac La Biche and Anzac.

“Hwy 881 is an important route for heavy trucks, equipment, and passenger vehicles moving north into Alberta’s oilsands,” said McIver. “Upgrading this highway will make travel easier for drivers on this route by building passing lanes to get around the heavy and super-heavy equipment heading to our oilsands regions. Improving Hwy 881 will also encourage future investment in our energy sector by making it easier to move into and out of northern Alberta.”

The project will encompass a 37-km stretch of the Hwy 881 and begin southeast of Fort McMurray.

“Any efforts made to improve highway conditions and the overall safety of everyone on Alberta roads, is movement in the right direction,” said AMTA director of compliance and regulatory affairs Andrew Barnes. “The AMTA supports the recent announcement to upgrade safety and improve congestion on Hwy 881. There are still other infrastructure concerns beyond this section of highway and we will continue to work with the ministry to address them.”

Upon the release of the Alberta budget last December, the AMTA said it would continue to advocate for infrastructure improvements, particularly rest stops, which help improve safety and the efficient transportation of goods.

“We applaud the construction of new rest areas in Alberta along the Yellowhead Highway and Hwy 2 at Wolf Creek,” Chris Nash, president of the AMTA, said at the time.

Other infrastructure projects at the top of the AMTA’s list of priorities include the twinning of Hwy 40 south of Grande Prairie, Hwy 881 and 63 from Grassland to Edmonton, Hwy 3 at Lethbridge, the Hwy 43X and 43 interchange, and extending the 116 Street truck route in Grande Prairie.

“Some of these projects were addressed in the budget,” said Nash, “and we look forward to continuing work with government on making all Alberta highways as safe as they can be for commercial transport and the motoring public.”

In Alberta, there are currently 95 projects in construction – not including capital maintenance and repair – including nine bridge and road projects, and also 27 schools, with an additional 114 projects in the planning and design phase. 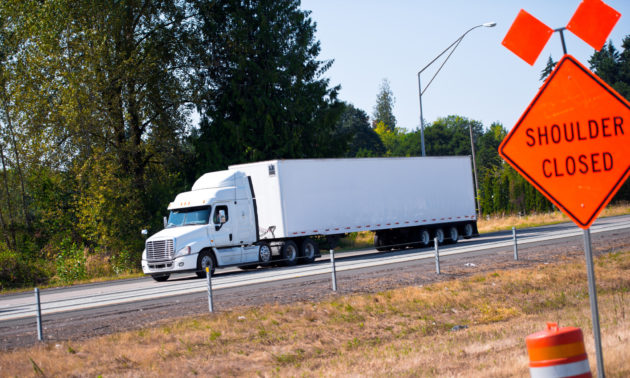