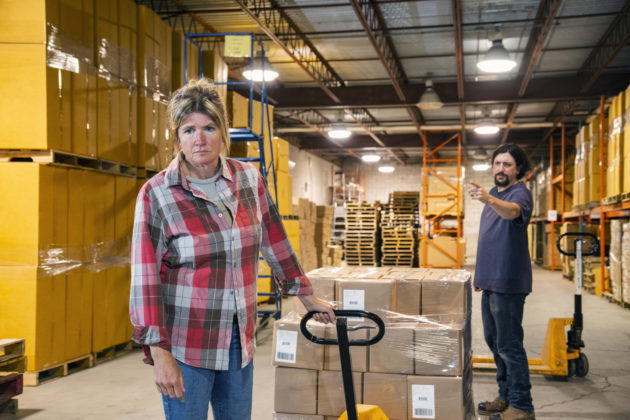 TORONTO, Ont. – Federally regulated fleets – essentially anyone that crosses a provincial border – will soon face new requirements in the fight against harassment and violence in the workplace.

Bill C65 is looking to address the threats through prevention, timely and effective responses, and support for affected employees, says Craig Faucette, director – policy and programs at Trucking HR Canada. “Employers are going to have more liabilities around this.”

The federal government is actively recruiting investigators, offering proof that the issue is being taken seriously, he adds.

In addition to defining harassment and violence, the Bill expands protection to former employees for up to three months after they leave a workplace, and allows employees to bring complaints to someone other than a supervisor. Related training will also have to be provided every three years, as well as when onboarding new employees.

Trucking HR Canada, an organization devoted to trucking-related HR initiatives and research, is responding with industry-specific training tools through a partnership with the Canadian Trucking Alliance and provincial trucking associations.

Three online learning modules will be developed by this fall – the first informing employees about rights and responsibilities and where they can go with a complaint; another teaching supervisors and employers about their specific responsibilities; and a final module for those who are designated to hear complaints.

“We shouldn’t have to do this,” Faucette said during Trucking HR Canada’s recent Women with Drive conference. “It shouldn’t be on our radar, but it needs to be.”

Statistics Canada research says 19% of women and 13% of men have faced some form of harassment or violence in the workplace in the past year. Seventy-five percent had faced the issue at some point in their career.

A Trucking HR Canada survey of about 400 industry employees showed that the prevalence of violence and harassment compared to other workplaces, Faucette said.

But there is a disconnect between employees and employers when it comes to identifying where the problems occur.

“Employers seem to be a bit more concerned about what happens outside the workplace terminals,” Faucette said, referring to shipper docks and terminals as an example. Employees saw greater risks within their own workplaces.

Drivers as a whole were most likely to face violence and harassment relating race and ethnicity, ancestry or gender, he said.

“Racialized workers were twice as likely to experience every kind of harassment. Younger people seem to be harassed more than the older generation, or feel that they are harassed.”

There is also a gender divide. Men in trucking workplaces are more likely to face threats in the form of intimidation or offensive remarks. Women report more patronizing or condescending interactions, as well as intimidation and sexual assault.

A mere 29% of young women surveyed by TruckingHR Canada believe that longhaul driving would be a safe occupation. But their concern has nothing to do with road safety, Faucette said. “It was actually around their own personal safety, either on the road at truck stops or being by themselves.”