President and Chief Operating Officer Rebecca Brewster extensively encouraged participation in this year’s survey, while speaking about the results of last year’s survey as well as the institute’s other research.

The survey will remain open at www.truckingresearch.org until September, and the results will be presented at the American Trucking Associations 2017 Management Conference and Exhibition in Orlando in October.

The top overall issues in trucking in 2016 included the Electronic Logging Device (ELD) mandate; hours-of-service; truck parking; the economy; compliance, safety, and accountability; driver shortage and retention; and for the first time, the cumulative economic impact of trucking regulations; among others.

While many of these issues were also on the 2015 list, Brewster expects the list to change for 2017 as the ELD mandate will be implemented in December, and she said she expects most fleets will have less concerns surrounding the issue at this stage. Similarly, Brewster said she expects the issues surrounding compliance, safety, and accountability will no longer appear on the list, as the Federal Motor Carrier Safety Administration rolls out its crash preventability demonstration program announced in July.

The study followed 148 drivers who completed daily diaries of where and when they were able to find parking, and the challenges they faced. The drivers recorded over 2,000 days of activity with about 4,700 unique stops.

The study reported that many drivers said parking was the most stressful aspect of the job, with 86% of drivers reporting the need to pull over with 31 or more minutes of driving time left in their daily hours-of-service in order to find legal and safe parking. The average time left available in hours-of-service across all drivers was 56 minutes per day, which costs fleets about $4,600 annually.

Those drivers with ELDs were nearly twice as likely to spend 30 minutes or more looking for parking.

Brewster said the report was allowing the ATRI to work with its partners like the American Trucking Associations to come up with solutions to the parking problem and lobby for changes.

Ideas for what Brewster called “easy” fixes  – those that didn’t require long-term extensive investments in infrastructure – included increasing time limits for trucks at public rest areas; allowing parking at weigh stations and other public facilities; and reducing legal obstacles such as zoning laws for private truck stop operators to open or expand facilities.

She also highlighted the need for planning when it comes to parking, saying drivers had an easier time staying legal and safe if they, or someone else like a manager or dispatcher, researched and even reserved parking spots ahead of time.

Brewster said the research institute’s top priorities for 2017 include distracted driving; the cumulative economic impact of trucking regulations; solutions to bottlenecks and hours of service flexibility; the impact of e-commerce on trucking; and the impact of autonomous trucks on drivers. 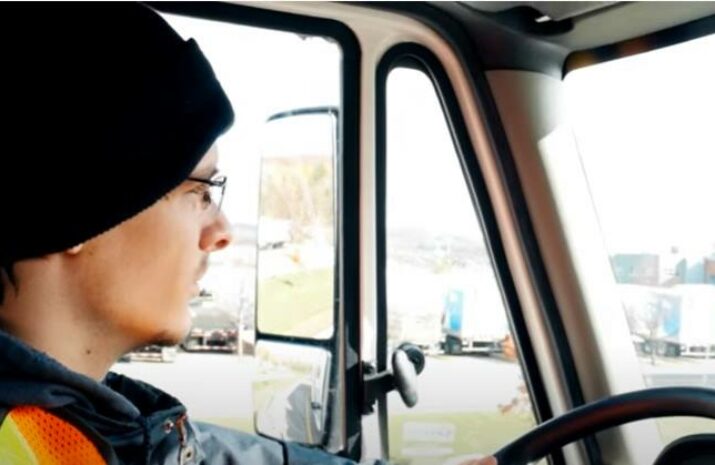