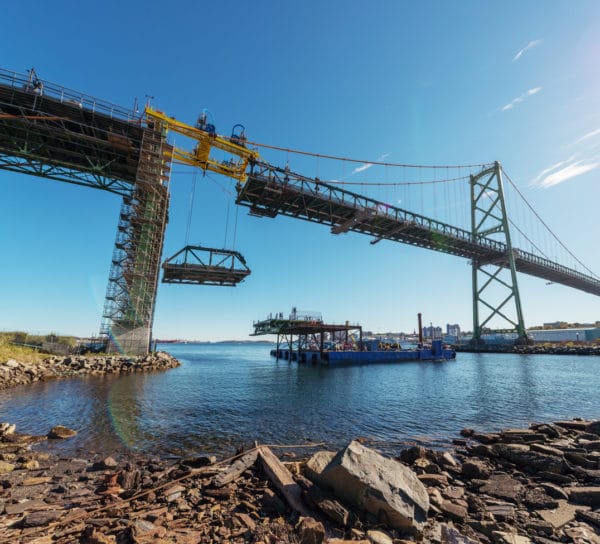 GENOA, Italy – A tragic accident on Italy’s northern coast claimed 39 lives and injured 15 this week when the Morandi bridge collapsed on Tuesday during a torrential rainstorm.

Italian authorities say some 30-35 cars and at least three heavy trucks plummeted off the bridge when an 80-meter (260-foot) section gave way. The casualty rate is expected to rise as more than 1,000 rescue workers clear away the scene from the major thoroughfare.

The bridge, which connects Italy and France along highway A10, was more than 50 years old and in need of repair. According to a report by the New York Times experts in the country had been raising concerns that the bridge was deteriorating and could become dangerous for years.

Francesco Cozzi, the chief prosecutor for Genoa says a criminal investigation will be conducted into the collapse.

The Genoa bridge collapse is just the latest in a series of high-profile infrastructure failures. Six people were killed in the collapse of a pedestrian bridge in Miami, Fla. in March. While authorities have yet to determine a cause, four workers were tightening rods with a jack when the newly opened bridge gave way.

Another collapse of a bridge in Port Bruce, Ont. in February left the driver of a dump truck stranded for hours in his cab while crews worked to rescue him.

Similar to the case in Miami, the Nipigon River Bridge was closed just 42 days after opening in January 2016 when the plates on the bridge buckled. No injuries were reported in that case, however more than two years later the bridge is still being repaired and isn’t set to be fully re-opened until later this year.

The Nipigon River Bridge is the only link between Eastern and Western Canada on the Trans-Canada Highway. When the problems began the bridge was completely closed for less than 24 hours, however it has reopened just a lane at a time during the roadwork.

While the Miami and Nipigon River bridges were newly built, the other two bridges were part of a system of increasingly aging infrastructure that will require government reinvestment to remain stable.
Joe Tiernay, executive director of the Ontario Good Roads Association says a bridge collapse of the magnitude of the one in Italy is unlikely to happen in Canada.

“We’re generally in pretty good condition. I’d don’t think we’re in a state where we have to worry about a similar catastrophe.”
In Ontario municipalities are required to carry out inspections on their structures – including bridges – every two years to determine if they are still fit for use and what repairs might be needed.

“Municipalities are on top of it,” Tiernay said.

The biggest problems for municipalities Tiernay says is that they lack the financial resources to stay on top of repairs, and as infrastructure ages in the coming years the financial constraints will become a bigger problem.

According to the report card 60% of Canadian infrastructure is owned and maintained by municipalities who depend on funding from federal and provincial governments to keep things running smoothly. Planning for future repair and building projects can often take years with consultations and environmental studies needed before work can be started.

Starting those repairs without a commitment from governments can prove challenging for local councils, said Tiernay. Money is also often dependent on the whims of governments which can change with each four-year election cycle.

Ontario Good Roads and its member municipalities are advocating for long-term guaranteed infrastructure funding that cannot be withdrawn if governments change hands.

Currently the federal gas tax provides some relief in that department, with the proceeds being divided up for infrastructure projects.
Ontario’s gas tax works in a similar manner however the funds only go to communities with a public transit system in place, leaving smaller communities where transit doesn’t make sense to find other funding.

Tiernay says his group is waiting to see if the newly elected Progressive Conservative government will make good on a campaign promise to make the gas tax funds available to every municipality regardless of transit priorities.

The consequences of funding not being available may not be collapses like the one that happened this week, but more likely it will mean bridges and roads become closed, creating detours and traffic headaches.

Tierney says while the incident in Italy is a tragedy, it shouldn’t be held up as the standard.

“You can’t look at isolated incidents. We have to put some amount of faith in our engineers and civil engineers who are putting their reputations on the line.”