BLOOMINGTON, IN – FTR Intelligence is predicting the strong start for trucking in 2018 will continue, leaving fleets to get creative when solving the problems created by a market already at capacity. 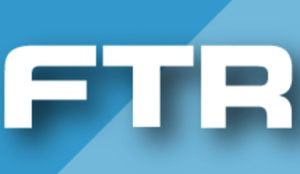 ent trucking research, says although fuel rates leveled in the first week of the new year, they aren’t expected to drop dramatically in the near future, contributing to record-level spot rates and rising contract rates he expects will peak and then fall sometime in late 2018 or early 2019, but will still remain high.

The reefer market was also up in the first week of 2018, with a polar vortex creating an increased need for temperature-controlled transport to keep products from freezing.

While these issues are expected to subside as the year goes on, it is a continued tightening of the labor market and fleets that are at capacity that will be the major issue of the next year.

Vise says equipment orders are strong, and for most fleets there is no lack of trucks to fill, but rather a lack of drivers and support staff to get them on the road.

“There is only so much capacity,” he said. “It’s almost by definition not sustainable.”

With new housing starts at record highs, and a tightening of the labor market for both construction and manufacturing jobs, trucking will be competing with those industries to meet a demand that will remain strong.

In order to secure drivers Vise predicts companies will start offering better compensation packages, including better salaries and benefits, as well as bonuses. Those cost pressures may lead to the continued rise of spot and contract rates.

Rates will also be affected by a provision in the new tax reform bill in the U.S. which means that drivers can no longer deduct their non-reimbursed expenses. Those drivers who were not receiving a per-diem for meals and other expenses will not be able to claim the deductions on their U.S. federal income tax under the new legislation. Vise predicts this could put fleets in an awkward position and force them to offer a per-diem rate or reimburse expenses in order to keep drivers happy.

In order to keep freight moving Vise says companies may have to get creative, and that may include investing in private fleets instead of using the for-hire market. FTR says if larger companies solve their shipping problems by moving them in-house, it may relieve some of the at-capacity burden.

Electronic Logging Devices (ELDs) may also relieve some of the at-capacity burden in an unexpected way. The devices were made mandatory in the U.S. Dec. 18, and after nearly a month with the additional regulations Vise said he has anecdotally heard from owner-operators who have left the industry due to the regulatory burden, and those that while they won’t leave trucking, would rather move back to being an employee, rather than working for themselves.

Drivers who choose to move into open positions with other fleets rather than shouldering the time and expense of ELDs and other new regulations, may relieve some of the capacity and labor issues on the market.

Over the last several months FTR has found road-side violations for form and manner, and for log not current – both usually associated with paper logs – have gone down by more than 45%, while those violations associated with e-logs have climbed by 420%.

While full enforcement of ELDs will not come into effect until April 1, the “soft” enforcement is leveling the playing field for those fleets that were early adopters of the technology.

Despite its challenges, Vise called the market a pro-carrier environment, and said he expects it to remain that way for awhile.