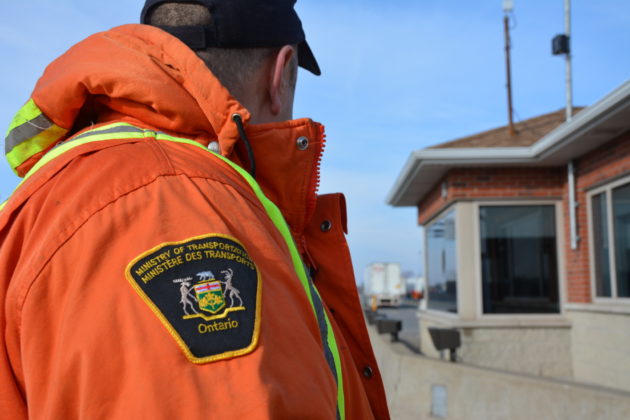 TORONTO, Ont. – Ontario highways were left unprotected by Ministry of Transportation enforcement officers for much of yesterday, when officers were ordered to “stand down” while the Ministry of Labour conducted an investigation in response to a safety complaint.

A tipster informed Trucknews.com yesterday that, “At 1 p.m. all MTO officers were ordered to stand down, leaving the province’s roadways unmonitored.”

“I understand that truck inspections were temporarily suspended across the province while the Ministry of Labour investigated a health and safety concern,” confirmed Joshua Henry, media relations spokesman with the MTO. “The health and safety of these officers is important. Ministry management cooperated fully with the Ministry of Labour investigation, which is now complete. The investigation found that there were no conditions present that met the criteria for a work refusal. As a result, all employees have returned to work.”

A transportation enforcement officer (TEO) told Trucknews.com anonymously this morning that further job actions are likely, since officers feel their concerns are being ignored. Specifically, TEOs feel they are getting “false returns from criminal checks.”

Officers submit criminal check requests to the O.P.P., which for some time have all returned as “10-60s”, meaning all clear. The TEO we spoke to said it’s extremely unusual to not get a criminal “hit” at least once every couple of days.

“We were getting a 10-60 for every driver we were running. We knew something was not right,” the TEO said. The officers conducted their own informal investigation and found they were getting false returns from all O.P.P. communications centers across the province, putting their safety at risk.

“If a driver is flagged violent, I’m going to approach that truck and that driver differently and it may affect my decision of what level of inspection I’m going to do,” said the TEO, who requested anonymity for fear of reprisal from MTO management. “If we are not getting that information back, we are putting ourselves at risk.”

“I’m not satisfied with that decision,” the TEO told us. “A solution should be in place before we go back to work.”

TEOs are represented by the Ontario Public Service Employees Union (OPSEU), which can appeal the decision.

“It’s far from over on our end,” said the TEO. “The only thing we’re trying to win here is our safety. We feel our safety is being compromised.”

But there are other issues that have created bad blood between MTO management and frontline enforcement officers. The TEO we spoke to said wages have fallen off by about $20,000 per year compared to peers in other provinces. And enforcement officers have seen their numbers drop from about 250-300, to about 160. A recent Auditor General report that was critical of the department did cite dropping enforcement officer numbers, but indicated there were 223 enforcement officers in 2018, down from 287 in 2014, a drop of 19%.

Auditor General Bonnie Lysyk wrote in her report that the MTO “does not have a long-term strategic plan to identify and hire the number of enforcement officers that may be needed to conduct a sufficient number of roadside inspections.”

The TEO told Trucknews.com the Ministry is having trouble recruiting new officers, and that there has been an increase in turnover, as wages have stagnated.

Regarding their safety concerns, Ontario’s enforcement officers had an independent risk assessment done, which was assembled by a former police officer and former Ministry of Labour employee. This report, while not released publicly, highlights safety risks faced by enforcement officers.