TORONTO, Ont. – An Ontario-based transportation lawyer is warning carriers to “proceed with extreme caution” if they are using the ‘Driver Inc.’ business model – a structure that attempts to classify employed drivers as independent contractors.

“The consequences to the carrier of engaging Driver Inc. are significant,” said Carole McAfee Wallace of Toronto-based Fernandes Hearn, during a presentation at the firm’s annual conference in Toronto.

Drivers working under this business model are under the misconception that the structure will leave more money in their pockets, she said. “They’re not a corporation with the expenses as write-offs.” Instead, the Canada Revenue Agency would define them as personal service businesses and will tax accordingly. 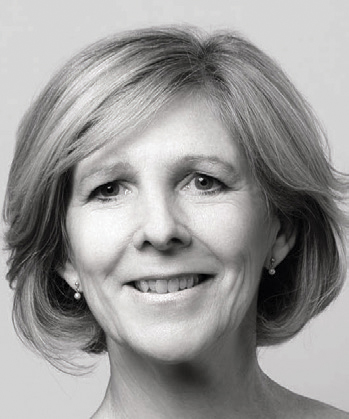 It has admittedly left carriers in an uncomfortable position, McAfee Wallace said, noting that some operations feel they are “held hostage” as valuable recruits ask for the pay structure. Meanwhile, the “less-honorable” carriers among them are using the business model to avoid paying employee benefits or vacation pay.

Employment and Social Development Canada (ESDC), responding to questions raised by the Ontario Trucking Association, has confirmed the Driver Inc. personnel are in fact employees, McAfee Wallace stressed. And in the case of federally regulated carriers they will be entitled to all benefits established under the Canada Labour Code.

The observations come as the federal government is preparing to roll out fines and other enforcement initiatives to act on those who run afoul of the rules. Targeted carrier inspections are also planned.

The focus from ESDC isn’t the only challenge Driver Inc. fleets could face. Several recent court decisions could have legal implications when related disputes emerge.

For example, an Uber driver is in the midst of seeking $400 million in damages from the ride-sharing service, which identifies drivers as independent contractors.

Uber drivers are asked to agree to related contract language through an app, while an underlying arbitration clause includes a US $14,500 filing fee and applies the laws of the Netherlands. But the Ontario Court of Appeal heard the case in 2019 and ruled that Uber’s arbitration clause couldn’t contract out of the province’s Employment Standards Act.

In other words, Uber would have no choice but to meet minimum standards established under the Act.

The court also found that asking drivers to contract out of the Act was “unconscionable” – and determined that the contract itself was grossly unfair because of issues like the filing cost, a lack of independent legal advice for the driver, an overwhelming imbalance in the bargaining power, and Uber’s choice of a clause that favored itself and took advantage of drivers.

The Supreme Court of Canada heard the case in November.

“We still don’t have a decision, so this case is going to be a very interesting case,” McAfee Wallace said.

In a second lawsuit involving Modern Cleaning Concept, a Quebec court ruled — despite a franchise agreement – that a relationship with a cleaner worked more like an employer-employee relationship.

“It really focused on risk and profit,” McAfee Wallace said of the ruling. “Modern cleaning assumed the business risk and maintained control.”

In a third case, a writer for St. Joseph Communications is suing for 24 months of notice based on their years of service between 1994 and 2017. The first two years were as a freelance stylist, the relationship between 1996 and 2004 included weekly invoices and no source deductions, and the remaining years involved a written employment agreement.

The worker was ultimately awarded 21 months of notice. And in one “disturbing” comment, McAfee Wallace added, the judge said it would be wrong in principle to ignore the years of the relationship — even if the person was an independent contractor.

“Depending on the facts, that can be a significant benefit for a dependent contractor and a significant expense for the company,” McAfee Wallace said.

The case has been appealed and upheld, too. She expects the ruling that emerges in the wake of the lawsuit will be cited by other dependent contractors who want more notice after being terminated.

A fourth case that caught her attention involved Ontario Children’s Lawyer, focusing on issues like a contractor’s exclusivity and dependence.

The lawyer who filed that suit had offered legal services for 13 years, and could work for others, but still wanted 20 months of notice when the business relationship came to an end. That lawyer argued she was a “dependent contractor”, with the business accounting for an average of 39.9% of her billing over 13 years.

An initial court ruling in this case focused on the permanency of the working relationship. While that finding was reversed, a Court of Appeal offered one of the first referenced definitions of “near exclusivity” as more than 50% of billings.

The two Ontario Court of Appeal decisions also raise concerns about owner-operators who have their trucks working exclusively with one company, McAfee Wallace said.

“The practical reality of the trucking industry is they can’t just take their truck and do work with other carriers,” she added. But based on case law, the long-term relationships could see these owner-operators defined as “dependent contractors”.

Carriers should take the time to establish strong agreements that offer more than the legally required minimum termination notice, she said.

“Avoid the independent contractor taking you to court.”