NIAGARA FALLS, Ont. – Transport Canada’s Michael DeJong sees a transportation system undergoing a “major transformation” — and the federal government is looking for ways it can support the related technologies that can make a difference. 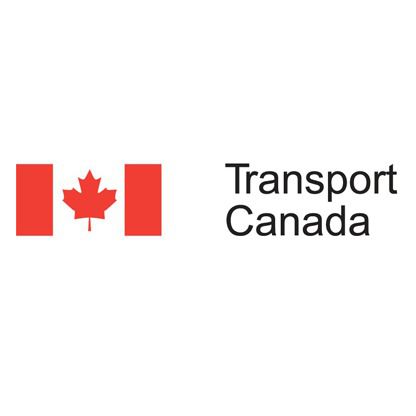 Gains in automated technologies, the Internet of Things (IoT), advanced manufacturing, and cybersecurity are all “major, transformative, disruptive trends,” the director general of multi-modal and motor vehicle safety told a Private Motor Truck Council of Canada (PMTC) conference. Each one of those represents a mix of opportunities and challenges as regulators look to improve highway safety.

Fatal collisions involving commercial vehicles dropped 20% between 2008 and 2017, and while Canada’s numbers are trending downward, the U.S. has seen an increase in such fatalities, he told the crowd. (“We’re also better at basketball,” he quipped, referring to the championship win by the Toronto Raptors over the Golden State Warriors.) But despite these gains, commercial vehicles till play a role in one in five road user fatalities in Canada.

“There’s still work to go in this area,” he said.

Commercial vehicle safety was clearly a “point of emphasis” when the Council of Ministers responsible for transportation met earlier this year, he said, referring to the Montreal meeting in the wake of the multi-fatality Humboldt Broncos crash.

A coroner’s report into that same crash echoed the ministers’ commitment to finalize a technical standard for electronic logging devices (ELDs), now enshrined in the National Safety Code. The devices themselves will now be mandated by June 2021.

Between 2010 and 2015, Transport Canada recorded 9,400 hours of service violations, and about ¼ of those for exceeding allowable hours. “The final regulation will help reduce the risk of fatigue-related collision by 10%. This is significant,” DeJong said.

Meanwhile, the annual Regulatory Modernization Act is exploring possible exemptions to rules that could support the introduction of new technologies like cooperative truck platooning.

Research into adaptive cruise control at the test center in Blainville, Que., is “yielding some very promising results,” added Ibrahim Sow, director – road safety programs. There’s a focus on automated emergency braking as well. “If paired with forward collision warning, those technologies again will permit some very significant results with respect to protecting Canadians that are on our roads.”

Europe has already mandated such technologies in passenger vehicles.

Another pilot project over the last two years has been testing a Mobileye system that can detect pedestrians and cyclists. A final report to come later this year will account for how they work in Canada, given challenges such as winter, fall, and spring conditions that aren’t always ideal for sensors. It looked at 7,500 encounters with vulnerable road users overall.

Just over two years ago, the Council of Ministers turned their focus to protecting vulnerable road users from heavy vehicles. And the first stage of that work emerged in October 2018 in a report on 57 safety measures available to protect cyclists and pedestrians, largely in Europe and the U.S. A follow-up report to come in 2020 will look at strategies that have been applied in Canadian jurisdictions alone.

“We all have a responsibility when it comes to protection of the [vulnerable road user]. It’s not just incumbent on the trucking industry,” Sow added.

Ministers also committed to developing a national training standard by January 2020. A working group with provinces and territories is already working on that, and national consultations will continue through the summer, DeJong said. But the national standard will build on mandatory entry-level training already in place in jurisdictions including Ontario, Saskatchewan, and Alberta.

“We’ll be able to knit together these programs for a cohesive national standard,” he said, adding that the federal government is also looking at ways to offer part of the training through online modules.