TORONTO, Ont. — We’re at war, it seems, with the chemical compounds used by highway crews to keep ice and snow off our roads. Calcium chloride and magnesium chloride both go down wet and then spray up into a trailer’s deepest cracks and crevasses. Washing the chemical off doesn’t seem to work. Even after the solutions have apparently dried out, they literally suck moisture out of the air and reactivate.

The two materials have changed the way we deal with corrosion.

“You can no longer just brush or wash the stuff off like you could with road salt residue,” says Tom Ramsden, vice-president, sales and marketing at Manac. “That stuff is here to stay, and its corrosive properties make it very difficult for trailer manufactures to build trailers that are completely resistant to corrosion.”

Ramsden says aluminum is a partial solution, but extensive use of that material can drive up costs. The road chemicals will eventually damage aluminum as well. He says fleets are now looking seriously at galvanized trailer components such as coupler plates, crossmembers, bogey frames, and landing gear for corrosion resistance. “We have had galvanized door frames for 20 years now,” he says. “That’s probably where it all started, but we’re seeing customers now asking for things like galvanized bottom rails after using aluminum for the past 20 years.”

Given the importance of taking weight out of the trailer, the extent of cross-border fleets’ frustration with corrosion is clear when they willingly add 200-300 lb. in galvanized steel to replace aluminum components.

Ramsden says van owners are now catching up with the flatdeck people who figured out a while ago that a little extra up-front investment to combat corrosion will pay off midway through equipment lifespans because trailers no longer need to be sandblasted and repainted.

“If customers expect to repaint a trailer once in its life, then they can rest assured the upfront cost of galvanizing will be less than the cost to sandblast and paint the trailer in the future,” says Ramsden.

“Fleets usually keep a trailer for 10 years, and with the chemicals they are using on the roads now, any maintenance manager will tell you the trailer probably won’t go through its full lifecycle without extensive and potentially costly repairs,” he says. “It seems to me the maintenance guys are becoming more persuasive because fleets are buying equipment that does cost a bit more, knowing it will result in lower lifecycle costs.”

If not for the sheer reduction in maintenance cost, then for the reduced exposure at inspection stations. “Put yourself in the inspector’s shoes. What do you imagine they think when they see a rusty looking trailer dragged across their scales?” Lawrie asks.

Ramsden says between 15 and 20% of the flatdeck trailers sold in Canada and U.S. northeast are fully galvanized these days. “If you look at the number of trailers sold with a large number of galvanized components, such as crossmembers for example, it’s probably closer to 50%,” he says.

There are few downsides to using galvanized equipment, but a little extra care is required in the shop when repairing them. Welding on galvanized steel can produce toxic fumes, so the coating material has to be ground off to expose the bare steel before it can be cut or welded. Once the repair is complete, it must be coated with a zinc paste or top coated with some other galvanic material.

There’s another corrosion-resistant finish still being used that’s somewhat like a rubberized black paint that never feels dry to the touch. It’s said to be difficult to work with because it remains sticky for years, but Ramsden says it’s often used on components that cannot be galvanized.

There are also steps that are being taken at the design level to eliminate areas where water can collect.

“We minimize the use of any G-shaped materials that promote the collection of road debris with very little chance of this debris being able to escape due to the shape of the structure,” Ramsden says. “We also try to minimize the number of corners used in support structures and designs that allow debris to collect.”

If corrosion was a line item on a budget, it would make the cost of combating corrosion more transparent — and the cost of the solutions much easier to swallow. But maybe it’s best that it isn’t. The figure would shock you. Some researchers estimate the cost of corrosion from all sources, buildings, roads, and industrial equipment is between 1 and 3% of Canada’s GDP. That’s way more than we currently spend on our military commitment to NATO. That’s about war too, but the corrosion war is fought in the trenches, one trailer at a time. 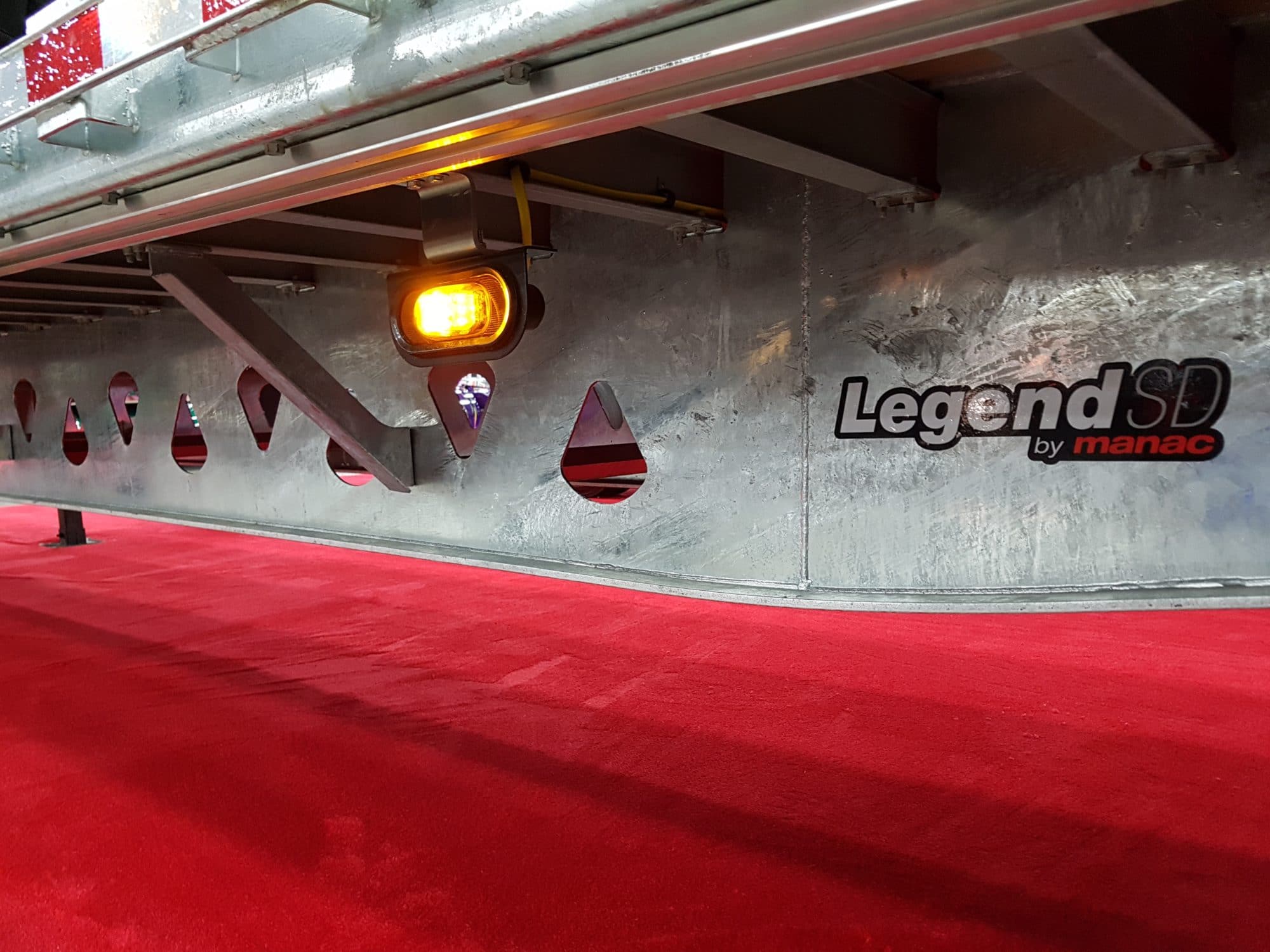 Galvanized coatings on metal surfaces often have irregular appearances, and that gets some people wondering if the coating was properly applied. For others, the spangled look can be a deal breaker when outward appearance is paramount.

This look is usually the result of the size of the grain created during the chemical reaction between materials used in the coating material, or by the rate of cooling in a hot-dip process.

The appearance can range from what looks like irregular-shaped flakes to a blotchy spider-web appearance. This less-than-uniform appearance is all perfectly normal and doesn’t indicate the coating’s effectiveness nor its durability. It’s simply the result of the coating process.

The material being coated can also affect the finished appearance, with some metals appearing shiny while others appear dull or mottled. In still other instances, tiny lumps that look like grains of sand may appear to be stuck to the metal surface and embedded in the coating material. These are also normal in some situations and are nothing to be concerned about.

The decision whether to paint the exposed steel on a trailer or use stainless steel for some components involves financial, longevity and appearance considerations. In some parts of the country particularly affected by corrosive anti-icing compounds, a painted trailer may have to be refurbished after just five years of service, whereas a galvanized trailer may last up to 10 years. Stainless components may last even longer, but they come at a premium. Compare the upfront cost of the galvanized finish versus the cost of a mid-life refurb and the galvanizing will likely come out on top.

And if appearance is a real concern, know that your trailer with its blotches and pimples is utterly one of a kind. No other trailer on the planet will look just like it.