INDIANAPOLIS, Ind. – Jodi Proctor, director of clean air policy analysis for Transport Canada, said when it comes to zero emission vehicles (ZEVs), “Range anxiety is one of our biggest concerns that needs to be addressed.”

Both the Canadian and US governments touted the measures each are taking to encourage the use of ZEVs during the Green Truck Summit March 14 in Indianapolis.

Proctor was part of a panel discussion, and she highlighted how Canada’s government has placed a high emphasis on climate change and reducing greenhouse gas emissions.

Proctor also underscored the close relationship between Canada and the US.

“Policy decisions taken on one side of the border have an impact on the other side,” she said, adding that despite the importance of work trucks to the North American economy, there is still a need to make improvements for the sake of the environment.

Each day, 10 million trucks cross the Canada/US border, with approximately two-thirds of the countries’ trade moved by a truck.

Canada’s climate change agenda is based on estimates that a changing climate could cost the country $21-$43 billion per year by 2050. The government focus, therefore, is to focus on accelerating innovation and supporting clean technology.

Proctor said transportation accounts for 24% of total GHG emissions, of which, heavy-duty vehicles make up 32%, with a projected increase of 20% by 2030.

“In short, transportation really needs to be part of our climate change efforts,” said Proctor.

The Canadian government has set a floor price for carbon emissions of $10/ton in 2018, rising to $50/ton by 2022. Provinces and territories have a choice to use a carbon levy or cap and trade, with all revenues staying in the province where they are generated.

Proctor said new technologies will play a major role in the long-term reduction of GHG emissions, highlighting ecoTechnology for vehicles, such as the 6×2 axle technical assessment program, vehicle cooperative truck platooning study, which Canada is conduction with the US, and the heavy-duty vehicle tire market study to help discover lower rolling resistance options.

“It’s clear government has an important role to play,” Proctor said of ZEV technology and adoption.

Also part of the panel was Jack Kitowski, division chief of mobile source control division for the California Air Resources Board, and Reuben Sarkar, deputy assistant secretary of transportation for the US Department of Energy.

Each underscored the importance of zero emissions technology and how each work to bring options to the market. 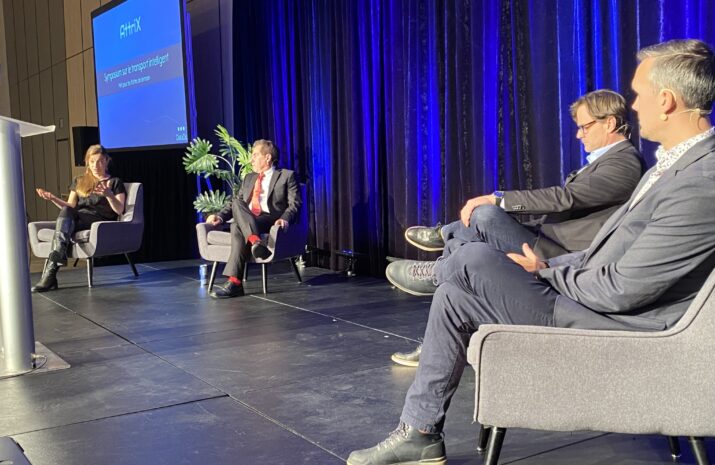