OTTAWA — Exporters have clearly changed the way they go about trading since 9-11, and some have even reverted to practices not seen since before NAFTA, a new study by the Conference Board of Canada has found.

A myriad of U.S. security rules and protocols has created volatility — and therefore unpredictability — in cross-border shipping operations. The result, therefore, is a major loss of just-in-time (JIT) efficiency and avoidance of favored modern shipping practices, according to the study, which was drawn from 60 interviews with shippers and trucking associations conducted in late 2006.

“…Companies have had to absorb higher costs to get their goods to market, and they have done so without commensurate revenue increases,” says the study.

While (JIT) inventory management keeps inventories low and delivers goods within hours of order, these days some companies are stockpiling inventory on both sides of the border to hedge against the possibility that goods make not make it across on time. In other words, many companies report they’re moving from “just-in-time” to “just-in-case” shipping.

Furthermore, some companies with warehouses in Canada have now set up second facilities on the U.S. side of the border, hoping to create redundancy. “But that nullifies the benefits of specialization that occurred with the elimination of tariffs between Canada and the U.S. under their free trade agreement,” notes the report.

When border slowdowns are expected, companies report they now pre-ship goods ahead of an order so as to guarantee they arrive on time, the study found. “While pre-shipping could be viewed as positive if it provides shippers with a discipline that eluded them beforehand, it also reflects new constraints that limit efficient behavior.”

As for their transport providers, the study confirms truckers are increasingly reluctant to take on cross-border routes, another indication of reversion to pre-NAFTA behavior. “Today, it is common for a U.S. carrier to drop cargo off at the border to be picked up and delivered to its final destination by a Canadian carrier.”

Some carriers have started charging “empty mile rates” — a charge to cover the cost of driving an empty or partially empty truck across the border to get a U.S. shipment and return it to Canada, which these days has in many cases become the headhaul.

Additionally, truckers — who are often toggle between favored ports of entry and southbound routes — report that FAST lanes are not returning the pre-clearance, cross-border efficiency that was once promised. In fact, some FAST-approved drivers purposefully choose to use non-FAST lanes.

Other U.S. security policies, such as the requirement to electronically send load manifests to U.S. Customs at least one hour before the shipment arrives at the border, is also taking its toll on some shipping operations.

“…trucks often wait idling at the side of the road in order to time their arrival at the border to ensure they do not arrive before their cargo manifest has been faxed to U.S. customs officials and held for an hour.”

Over the long-term the increasing uncertainty at the Canada-U.S. border could undermine present and future production investment in Canada, the study concludes.

“If border costs increase, or if border uncertainty is a problem, it would be relatively easy to source inputs from the U.S. side and avoid the border entirely.” 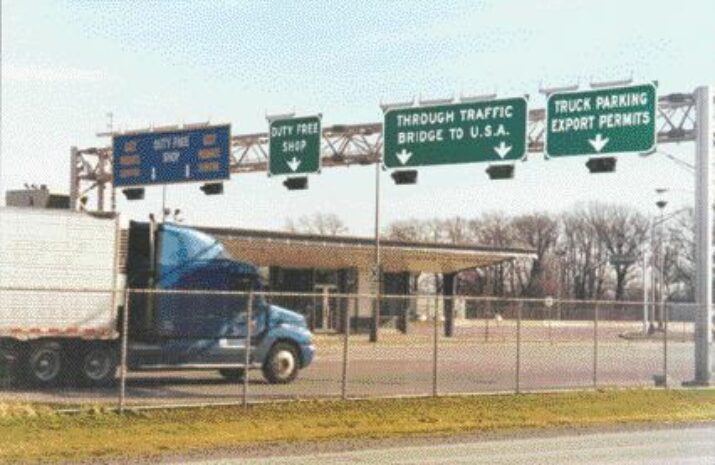 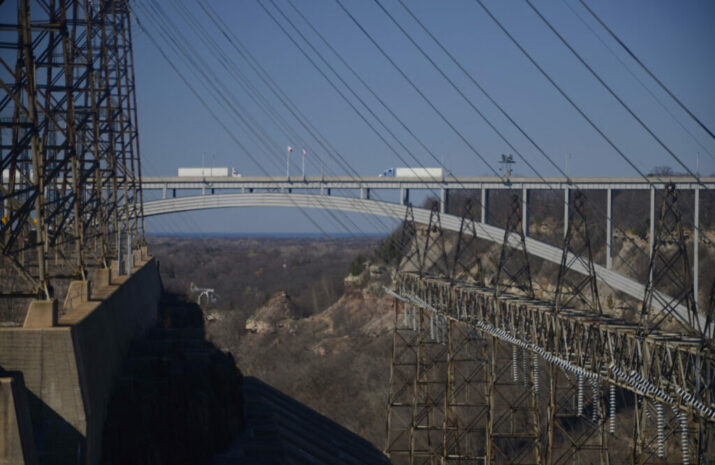