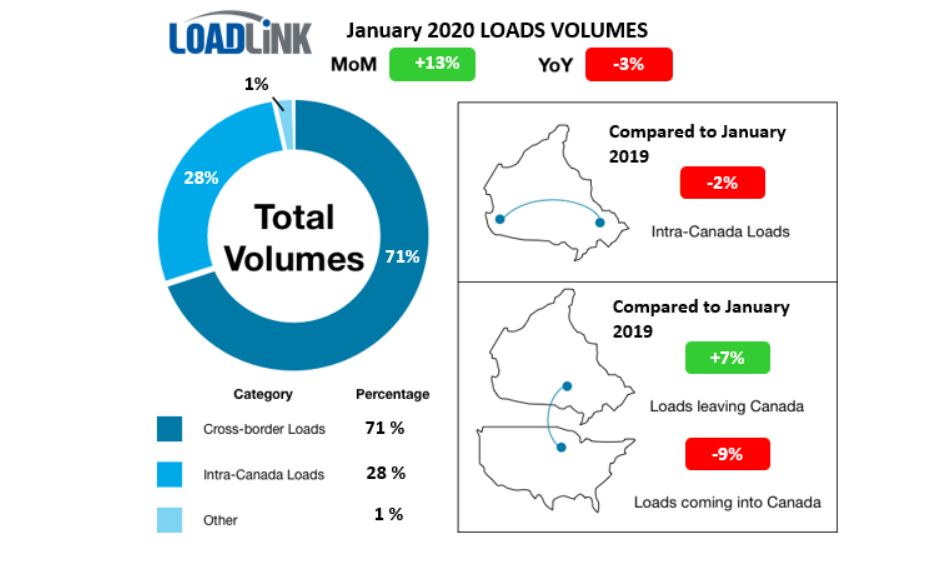 TORONTO, Ont. – Loadlink’s Canadian spot market is off to a strong start, with freight volumes up 13% from December, according to the load board operator TransCore Link Logistics.

“Average daily load postings rose 2% and year-over-year, total load volumes were down only 3% compared to January 2019,” it said.