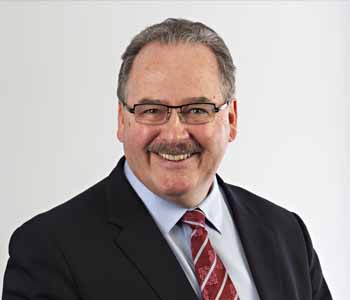 “The global collapse in oil prices, our most vital commodity, is causing tremendous economic pain and anxiety,” he said, adding that the province’s infrastructure investments are designed to help spur economic growth. “Transportation is vital to building the Alberta economy.”

“As we invest in a resilient, diversified economy, we must build a transportation network to support it. Ensuring our province’s highways and roads continue to move people and goods safely and effectively across our province, is a key priority for this government.”

Alberta has unveiled a $9.3-billion transportation capital plan that will guide such investments over the next five years. “It will help Albertans get back to work, with good-paying jobs, and will help to grow the economy,” he said.

More than $7 billion will be invested in the province’s highway network, although maintenance spending is being reduced. Investments include a new truck staging area north of Fort McMurray, twinning the Peace River Bridge that connects to the Mackenzie Highway, Edmonton and Calgary ring roads, and the twinning of Highway 63, among others.

The 80-kilometer Edmonton ring road will be the first-such urban ring road in Canada, supporting the free flow of traffic, and it will be completed this year along with the work on Highway 63 between Grassland and Fort McMurray, which is “99% complete”, he said.

“We know these are critical roadways to helping your industry better move goods.”

Other industry issues to be addressed include the carbon levy under the Climate Action Plan, national standards for emissions testing, and wide-base tires, he said. “We’re also working on a long-term transportation strategy including economic corridors, including the QE 2, the heavy load system, and the safety area rest study.”

“As we work through these difficult issues, we will be consulting with industry every step of the way.”