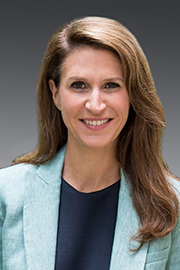 TORONTO, Ont. – Caroline Mulroney – a lawyer and one-time contender for the leadership of Ontario’s Progressive Conservative party – has been named minister of transportation in a cabinet shuffle by Premier Doug Ford.

She will hold a dual role as minister of francophone affairs.

This makes her the third person to oversee the transportation portfolio in just a year.

Mulroney replaces Jeff Yurek, who takes on the role as minister of the environment. Departing Environment Minister Rod Phillips, who had played a central role in the province’s fight against the federal carbon tax, is promoted to the role of finance minister.

Prior to the shuffle, Mulroney was attorney general of Ontario. She is also the daughter of former Prime Minister Brian Mulroney.

The first transportation minister under the Ford government was John Yakabuski.

Kinga Surma is named an associate minister of transportation for the Greater Toronto Area.