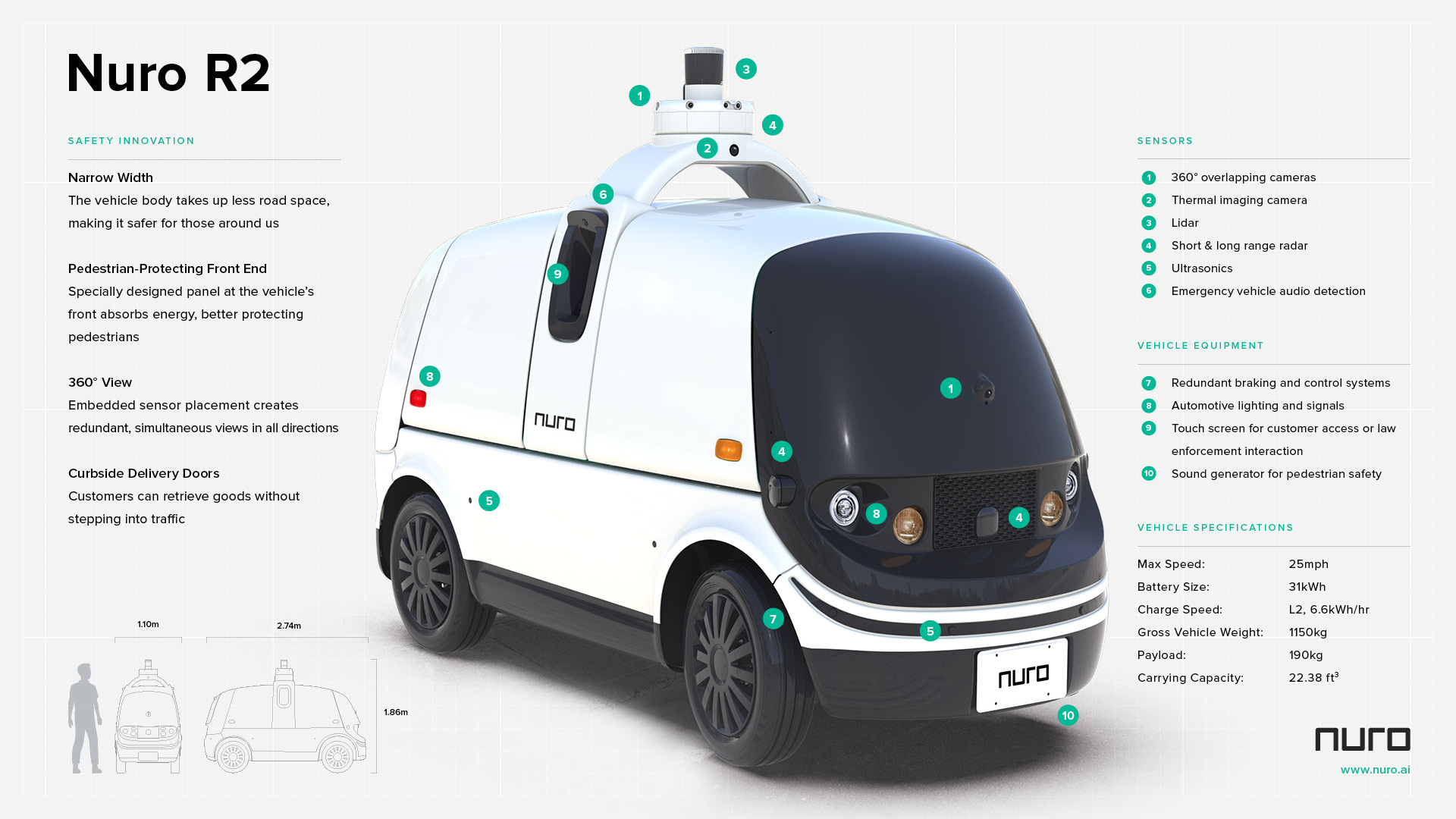 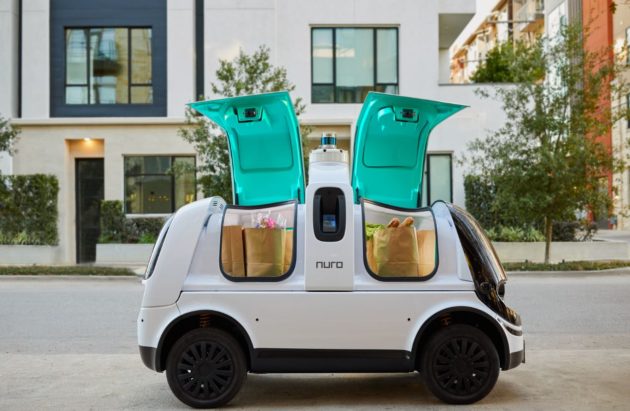 It said the R2 was granted exemption for an autonomous vehicle by the U.S. Department of Transportation’s National Highway Traffic Safety Administration (NHTSA).

“This DOT exemption supports Nuro’s deployment of R2 on public roads without certain equipment required for passenger vehicles, such as side mirrors or a windshield,” Nuro said.

The R2 is a low-speed vehicle designed solely to carry goods.

“The R2 is the first autonomous vehicle to be granted an exemption by the DOT, a milestone decision for industry regulation and a future of improved safety, mobility, and commerce,” the company said.

It said with the R2, Nuro has improved upon safety features already present in the R1, and is introducing a number of new features, including:

Its deployment comes just over a year after Nuro launched the R1 in Scottsdale, Ariz.

“To enable the safe and responsible growth of the autonomous delivery industry, Nuro is supporting the DOT’s efforts to modernize their underlying regulations, which were written before Nuro developed the first vehicles without any occupants,” the company said.

“Our world-class team solved countless novel problems to create this design, and, after extensive modeling, research, and testing, created a vehicle unlike any other on the road today.”

Nuro is based in Mountain View, Calif.

It has raised more than $1 billion in financing from investors including Softbank and Greylock and shares partnerships with leading brands such as Walmart, Domino’s and Kroger.