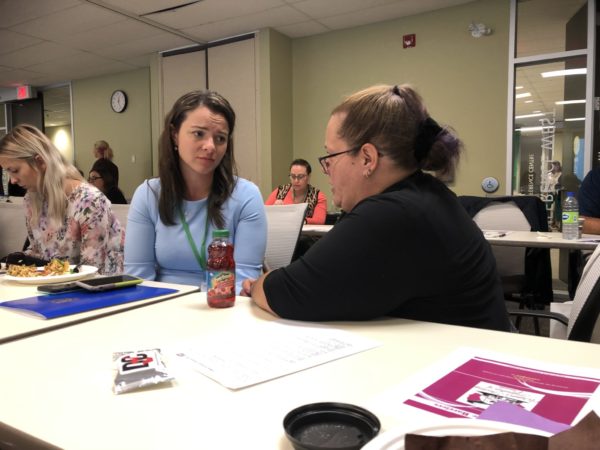 MISSISSAUGA, Ont. – Ontario accounts for 70% of the human trafficking that occurs in Canada, and its 400-Series highway corridor is a hotbed of the criminal activity.

Mississauga Centre MPP Natalia Kusendova believes the trucking industry that travels these highways can play a role in the fight.

“It is a huge problem,” said the last-minute addition to speakers during the recent Women’s Trucking Federation of Canada conference.

“Human trafficking is a very lucrative business. You can make $3 million a year if you have two or three victims working for you,” she said. “It’s more lucrative than narcotics or drugs. You can sell cocaine once, but you can sell a young girl over, and over, and over again.”

Ontario recorded 1.6 human trafficking incidents per 100,000 residents in 2016, Statistics Canada reports. Related violations in the province are up 284% in the last five years, and 64% of those cases are around Ottawa and Toronto.

To compound matters, those who commit the crime can often evade penalties because police are often stymied by scared trafficking victims who won’t come forward, Kusendova said. When the illegal activity is threatened, it often just moves down the highway.

“They’re very mobile, and victims are being tracked across the province.”

The MPP has played a leading role in the Ontario Human Trafficking Task Force as her government looks to establish a strategy to tackle the issue. And she believes any solution will involve multiple industries and ministries.

“This is a home-grown problem, happening right here in Ontario, in our community, and there are many industries that are involved [in a potential solution] whether it’s the trucking industry, or the hospitality industry, healthcare, education,” she said.

Ontario Provincial Police already have a task force dedicated to the issue of human trafficking, and the provincial government is reviewing the funding model for victim support services.

“Some of the way we spend the money is too restrictive and too narrow, and a lot of the time victims do not always check all the boxes,” she added, also referring to the need to increase public awareness about the issue.

Truck drivers could help if they were trained to recognize and support suspicious activity, she said. One U.S. program also uses stickers to identify trucks that should be considered a safe place to turn for help.

“We could tailor it to an Ontario model,” she said.

Kusendova also highlighted the work of Truckers Against Trafficking, a non-profit group that teaches drivers about common red flags.

The National Human Trafficking Hotline in the U.S. has received 2,300 calls from drivers reporting more than 600 cases involving more than 1,100 human trafficking victims.