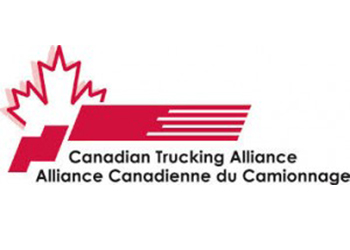 The report uncovered trucking companies that are cleared to hire newcomers through the Temporary Foreign Worker Program, even in cases where the carriers have a history of multiple-injury accidents and safety violations.

While the Canadian Trucking Alliance didn’t specifically name the Globe article, it released an extensive statement that separates the broader trucking industry from “non-compliant carriers” – and stresses the importance of immigration programs.

“The answer is not to stop federal/provincial immigration programs. There are too many commercial drivers going through various programs that are employed by legally compliant and ethically responsible carriers who are facing a driver shortage,” the alliance statement reads.

“The reality is that Canadian demographic rates can no longer sustain our economy – 71% of our population growth and over 90% of labor market growth is due to immigration. As the dominant freight mode and the backbone of Canada’s economy, the trucking and logistics sector has, worryingly, one of the highest job vacancy rates at 6.6%. Currently there are more than 20,000 unfilled truck driver positions in Canada – more than double the vacancies just three years ago, in 2016. If the trucks don’t keep moving, the economy will simply grind to a halt.”

The same companies that flout health and safety, environmental, and equipment maintenance rules are the ones that are abusing drivers, CTA says.

“CTA believes we must change the enforcement dialogue to address such carriers. Work is ongoing with various levels of governments to bring about this change – but change cannot come fast enough for the CTA membership and, no doubt, the Canadian public who share the road with these fleets that show a complete disregard for public safety and the human dignity of the hard-working immigrants looking to make a better life in Canada.”

“It’s far too easy to start a trucking company in Canada. And once in the sector, it’s hardly complicated for these unscrupulous carriers to coast under the regulatory radar and avoid enforcement and sanctions.”

The alliance says effective changes across Canada will require “political fortitude” from all levels of government.

The CTA also continued its call for the misclassification of employees as contractors, in a business practice known as Driver Inc.