Measures used to crack down on so-called Freedom Convoy protesters will now face a public inquiry into Canada’s first ever use of the Emergencies Act.

The Act gave the federal government tools to seize funds used by convoy organizers, and police the powers to clear trucks and people from downtown Ottawa streets.

Protesters against public health mandates and other issues had occupied downtown Ottawa from Jan. 29 to Feb. 20, while related blockades also formed at several international border crossings including the Ambassador Bridge in Windsor, Ont.

The Public Order Emergency Commission will study how the protests evolved, the impact of funding and disinformation, the economic impact of protests, and police actions, the PMO announced April 25.

A final report must be tabled by Feb. 20, 2023. The inquiry is required under the Emergencies Act itself.

Justice Paul S. Rouleau – first appointed as an Ontario Superior Court Justice in 2002, before joining the Ontario Court of Appeal in 2005 – will serve as commissioner.

“When our government invoked the Emergencies Act to help end the illegal blockades and get our country moving again, we committed to Canadians that we’d be upfront and transparent about it,” said Public Safety Minister Marco Mendicino.

“I’m confident that this process will examine the circumstances that led to the invocation of the Emergencies Act fairly and impartially, as well as make potential recommendations regarding the management of public order emergencies.”

‘Fails to hold them accountable’

Conservatives accused the government of trying to “whitewash” the inquiry.

“The Liberal government is doing everything in their power to ensure this inquiry is unsubstantial and fails to hold them accountable,” the party said in a statement.

Conservatives added that Rouleau should be given the power to compel evidence that includes documents and other evidence covered under cabinet confidence.

Mendicino said Rouleau and his commission will operate independently.

He said the inquiry commission will have broad access to classified documents, but would not say if cabinet confidence would be waived to allow the judge a full picture of the conversations held behind closed doors during the protests.

The extent to which the government’s findings will be made public are still to be determined by the judge, Mendicino said.

NDP MP Matthew Green, joint chairman of the parliamentary review committee, said everything related to the use of the Emergencies Act should be public as possible.

“We will be pushing to have as much of the discussion had within the public forum as we possibly can. I know Canadians have many questions,” he said.

Duff Conacher, co-founder of Democracy Watch, criticized the government’s choice to appoint its own commissioner instead of allowing opposition parties to weigh in on who should head it up.

“The fact that the Trudeau cabinet alone chose the inquiry commissioner means the inquiry is not independent from the cabinet, and taints the inquiry as partisan,” Conacher said.

At the time the legislation was invoked, Attorney General David Lametti said the government couldn’t “allow our democratic system to be hijacked by shows of force.”

While many people involved in the Freedom Convoy said they were there to demand an end to all Covid-19 restrictions, some, including many of the most vocal organizers, also wanted the Liberal government overthrown.

Throughout most of February, Parliament Hill and the streets around it were packed with people and trucks carrying signs and flags adorned with expletives directed at Trudeau.

The protests significantly affected Ottawa residents and downtown businesses. Officials described a state of “lawlessness” as bylaws went unenforced by police for three weeks and the sound of air horns droned on at all hours of the day and night.

Several provincial premiers have spoken out against what they characterized as a serious overreach of power by the federal government, arguing police already had all the authority they needed to clear out protesters.

The City of Ottawa’s auditor general also launched a review of the local response, and several groups — including the CCLA — have initiated proceedings in Federal Court to challenge the government’s use of the Emergencies Act. Those cases are expected to play out over the coming months.

Another convoy, this one on motorcycles, is due to arrive in Ottawa next weekend. 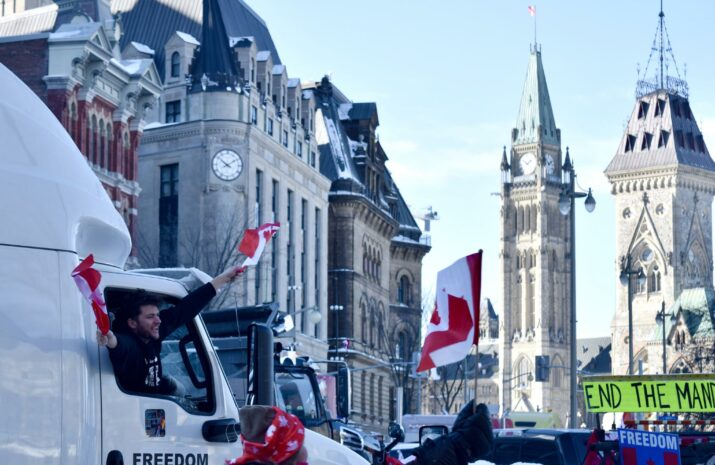 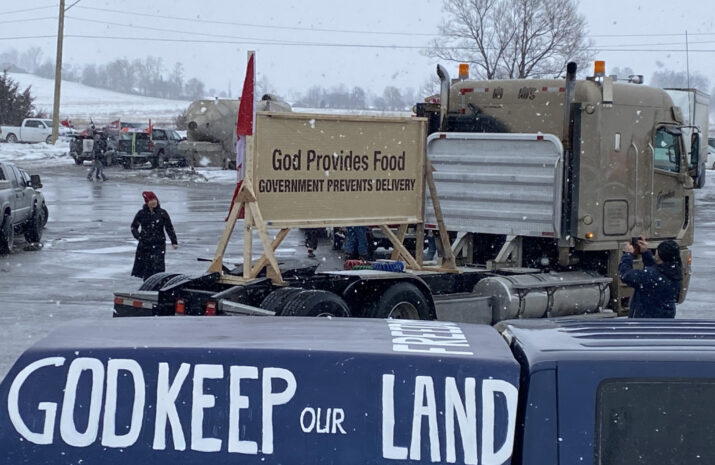 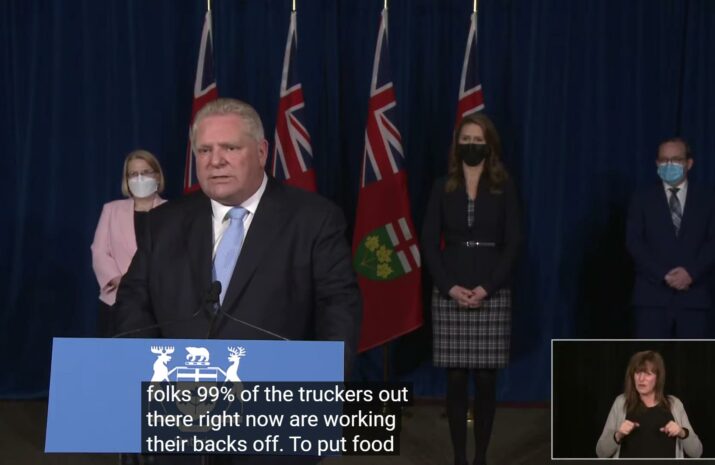 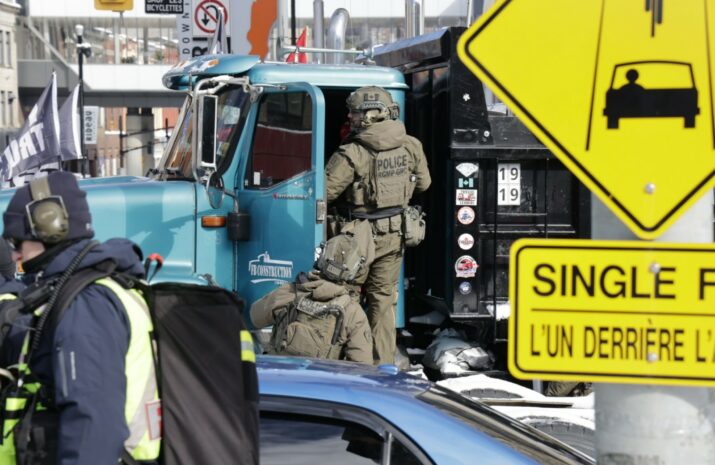