KINGSTON, Ont. — Getting a phone call at 11 p.m. from your family doctor is a scary thing. But when it’s a phone call with the message to get your four-year-old to a hospital immediately – it’s earth-shattering. It’s life-changing.

On April 24, 2008, Ken Cross and his wife Colleen received this exact phone call about their four-year-old daughter Megan, who would be diagnosed with AML Leukemia the very next day.

Cross is the senior manager, human resources business partner at SLH Transport and Sears Canada, and this year, for the fifth year in a row, he will be cycling across Canada with 32 others volunteers – from Vancouver to Halifax – to honour his daughter Megan and support children with cancer across the country.

The bike ride, which is 17 days long and begins today, is called the Sears National Kids Cancer Ride. The event, and foundation that runs it, donates 100% of its proceeds to the 17 pediatric oncology units across the country to assist to treat children with cancer.

Cross said his association with Sears is not the reason he does the ride – it’s because of the foundation behind the event , Coast to Coast Against Cancer Foundation, that he does it. Coast to Coast hosts countless events across the country, all benefiting childhood cancer victims.

“It just happens to be a ride that’s associated with my employer,” he said. “It has no bearing on me doing the event, as far as the organization hosting the event goes. Childhood cancer is so woefully underfunded and misunderstood. I wish people would understand that. When we start talking about research…research into childhood cancers help adults. But research into adult cancers, doesn’t help kids. So it’s backwards. I don’t understand why we’re doing things backwards.”

The Sears National Kids Cancer Ride is now in its eighth year. It is the longest charity cycling event in the world that raises money for children affected by cancer. The cycling route spans more than 7,000 kilometres and the 33 cycling volunteers – called National Riders – travel between 150-220 kilometres per day. Since 2008, the event has raised more than $7 million.

But the special thing about the foundation and the event, according to Cross, is that for every dollar donated, that whole dollar goes back to the children affected by cancer across the country, unlike other charities that raise money for the cause.

“I do this and take time out of my work,” he said. “I use vacation for this, so this is on my time and with the support of my company and the sponsors, we’re able to donate…for every dollar that’s donated, that whole dollar goes back towards helping kids with cancer. So a lot of people worry about the administrative costs when they make a donation, but organizations like Sears and SLH Transport and the other major donors, pay for all the operational expenses that go along with the event.”

SLH Transport also donated three trucks that the National Riders sleep in. The company made sure to retrofit the three trailers with bunk beds to accommodate all the riders.

“The funding…for childhood cancer research has been reduced significantly from the past,” said Cross. “So it’s great that foundations like Coast to Coast exists and have partnered with Sears Canada for this event. The foundation has raised $35 million to date. And so if it’s raised $35 million, it’s given back $35 million. It’s really imperative that (people) understand that for every dollar they donate, that dollar goes out to the kids. There’s no administrative or operational fees or shaving of the dollar.”

After Cross’s daughter was diagnosed with cancer on April 25, 2008, his family changed forever.

“At 5:30 in the morning, they confirmed that Megan had cancer and that it was AML Leukemia,” said Cross. “So, a little kid at four…who hadn’t really experienced life through any great details, was now in the battle for her life. So in the first 24 hours, she was prodded – she had a bone marrow extraction, a spinal tap, she went through a lot of pain I’ve never seen a child go through. It’s so emotionally overwhelming, because you are there to support your child, to help your child, and you can’t reason or bargain with what’s hurting your child and that was cancer. So I call cancer an invisible menace, because I can’t talk to it, I can’t reason with it, I can’t negotiate with it. It made me feel helpless because I couldn’t help. I had to put my faith into a lot of other peoples’ hands.”

Megan went through six months of chemotherapy following her diagnosis, and eventually went into remission.

“After her treatment, she did return to Senior Kindergarten,” Cross continued. “Even a simple cold could really impact her. The school became very involved, and they educated every single student in the school and the children in the school were amazing to embrace the education. Seventeen months went by and she went into Grade 1.”

Then in February 2010, Cross and his wife were told after a routine two-week appointment that Megan’s cancer had returned.

They had decided not to tell Megan and their two other daughters, Leah and Emma, that night because they wanted them to have one last good night’s sleep without worry.

In May of that year, Megan’s older sister Leah, who was a bone marrow donor match, stepped up to the plate and helped her sister by donating her bone marrow.

“On May 14, 2010, the transplant took place at Toronto Sick Kids,” said Cross. “And it’s also the day I say Megan died, because Megan biologically died that day. What was Megan on the inside was no more and what was reborn in Megan was her sister Leah. And so if you were to take a blood sample from Leah and a blood sample from Megan, they’re a perfect match. They are twins. And so, we celebrate a birthday every year on that day as transplant day, and it’s Leah and Megan’s birthday together.”

Since the transplant Megan has been cancer-free.

“She’s a normal kid,” Cross said of Megan today. “She’s 11 years old. She likes to play soccer and she has a beautiful voice. She’s quite the singer, but I would say her passion is acting and drama. She loves being in plays and with that comes the singing in the acting.”

For every year Megan has been cancer-free, Cross has biked to help other families, just like him, who were rocked with the news that their child had cancer.

“Kids are so resilient,” he added. “They’re fighters, they’re champions. In some ways they’re so much stronger than adults because they’re fearless. We as adults, have a better maturity and understanding of what might be going on. And children are insulated from that and without that knowledge they just give it their all.”

He added that there is no monetary goal he is trying to reach with the event.

“I could tell you my goal is a million dollars, but really, we need all the money we can get,” he said. “Unfortunately it comes down to money because there are too many of the bad calls. My goal is quite simple…it’s to end childhood cancer. My goal is to not have to cycle across Canada to make people aware that we need money. I volunteer my time and train my ass off all year to do this every year. Events like this are great, but I wish they didn’t have to be run so that people understand what childhood cancer is.”

Cross encourages everyone to donate what they can, adding that even a donation of $20 is enough to get a charitable receipt.

“I want to make sure that people understand that just because I work at SLH Transport, just because I work at Sears, look beyond where I work and look beyond where we work,” he said. “It’s not a competition between transportation carriers, it’s not a competition between business and businesses. This is the story of children in Canada that need help regardless of who we work for. This foundation and this event help those kids, so let’s check our differences at the door and make a donation. Instead of competing, let’s become unified and help these kids with cancer.”

While on the site, Cross encourages you to read each of the National Riders’ stories and blog posts that go up daily. He will be blogging daily as he travels and completes the event as the Team Captain. The ride begins this morning in B.C. and ends September 26 in Halifax.

“There’s seven provinces being represented by the riders,” Cross said. “Of the demographics, six riders are parents of children that have cancer. Of those six parents, three of them have had children that have passed away. And of the three remaining parents, there’s one father/daughter team. There’s 33 stories there. Read the stories. Read why they’re riding. They’ll inspire you.” 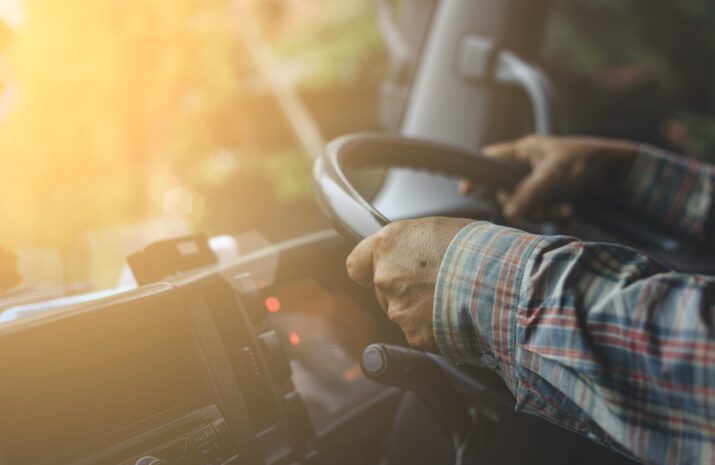 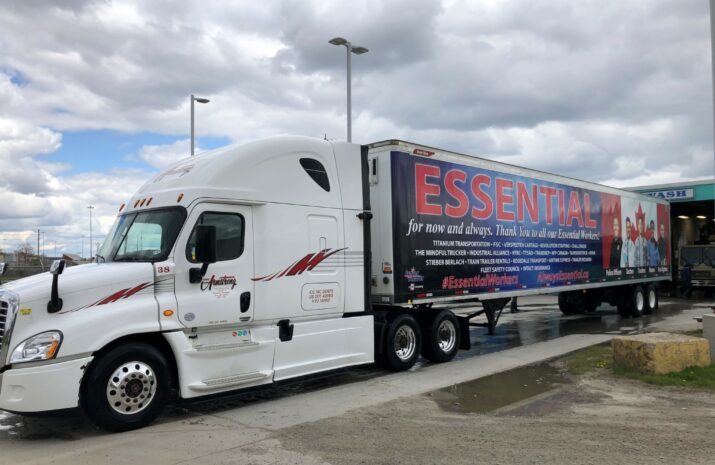