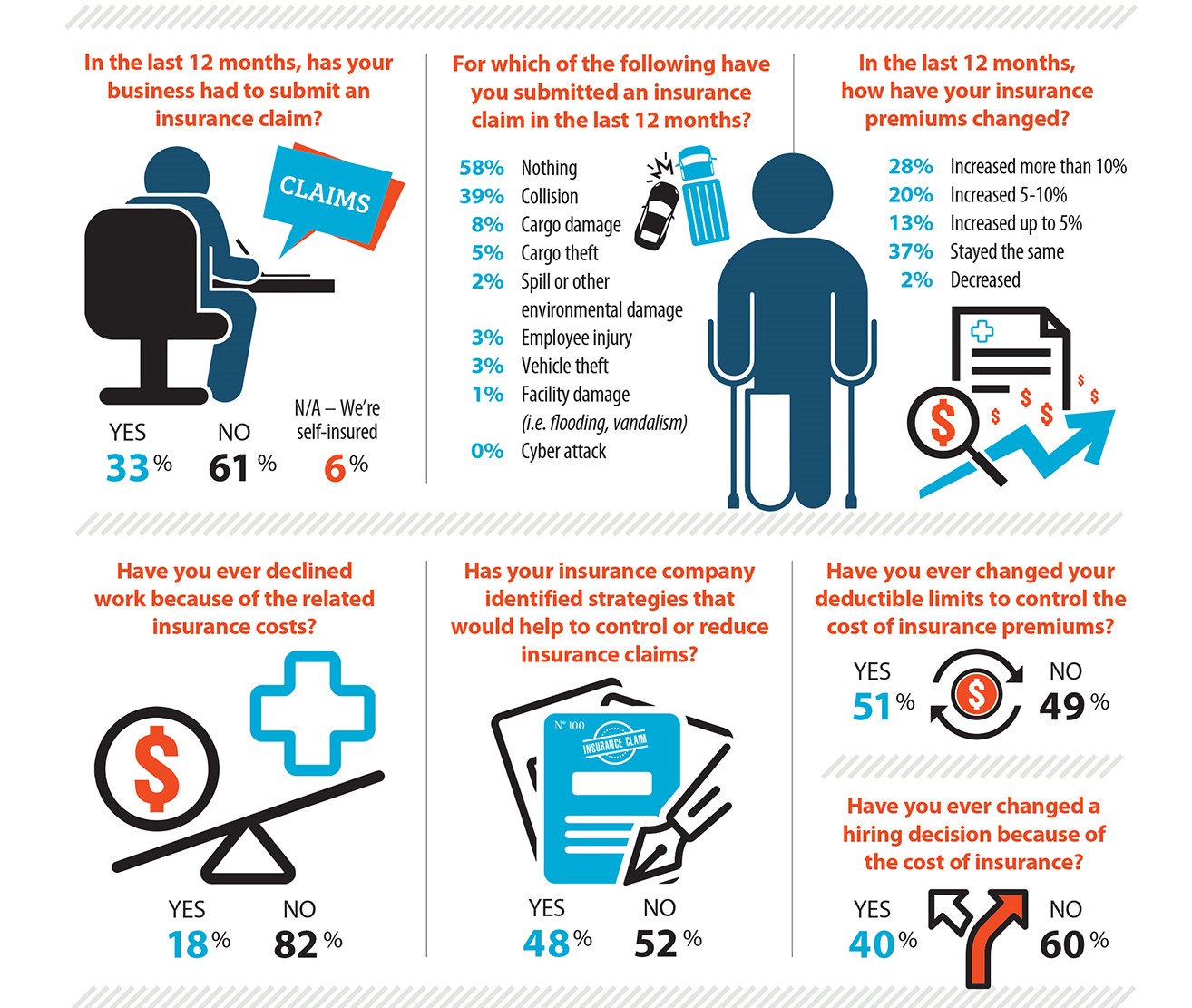 TORONTO, Ont. – Almost one in five surveyed members of the trucking industry say they have been forced to decline work because of the related truck insurance costs, a Today’s Trucking reader poll has found.

The latest monthly Pulse Survey found that 18% of respondents had to pass on the business opportunities.

There’s no question that truck insurance costs are rising. Twenty-eight percent of those surveyed have seen premiums increase by more than 10% in the last 12 months, while 20% say the costs increased 5-10%.

Some insurance companies are identifying strategies that could help to control costs or reduce claims, but not all. Forty-eight percent of those who were surveyed say they have received such support from an insurer.

One-third of the survey respondents have submitted an insurance claim in the last 12 months. Collisions were the most common cause, followed by cargo damage and cargo theft.

Today’s Trucking Pulse surveys are conducted by email and through social media every month.