PARIS, Ont. – The 15th anniversary edition of the Truck Convoy for Special Olympics on Sept. 14 was, “the best ever, the most trucks, the most donations,” according to organizer Tammy Blackwell, who had to limit the number of entrants to 131 trucks.

Still that’s an amazing spectacle of trucks pulling out of the Paris Fairgrounds: many kilometers of shiny rigs and wagons interspersed with the sirens and flashing lights of cruisers from six police services (OPP, Halton, Hamilton, Woodstock, Brantford and CP) making the annual 140-km trek down Hwys. 403 and 401.

This year Blackwell had her eyes on the prize. The Convoy is a premier event run under the direction of the Law Enforcement Torch Run, and has raised $930,000 for Special Olympics in the last 14 years. The goal was to raise another $70,000 to bring the total over $1 million, and Blackwell was waiting anxiously for the trucks to return to announce that they were over the top.

Dozens of companies, owner-operators and new carriers signed on this year. Challenger entered 16 trucks with owner Dan Einwechter behind the wheel of his personal tractor. Vernon Erb of Erb Transport and Mike Millian of the Private Motor Truck Council of Canada were also driving units displaying their brands. That’s 131 drivers with 65 athletes and various friends and family members riding shotgun in the trucks alone.

Meanwhile, an army of volunteers and sponsors were getting ready to serve lunch to 450, and emcee Jim Park was talking up the 50/50 tickets. But the atmosphere turned electric when the trucks started streaming back into the yard amid the welcoming whoops and cheers and the blasting air horns.

Drivers and companies make a minimum $100 donation to register a vehicle in the Convoy, with the top 15 donors getting to lead the pack. Fred Busch was a long-time supporter and fundraiser for the event since its inception.

Unfortunately, he died in a workplace accident this year and his son Brian was particularly emotional about this round-trip. Brian Busch, owner-operator of Karefree Transport, raised $7,135 to acquire the lead truck position and was presented with a memorial plaque by Blackwell.

“My dad always started in the top 10 every year, so it was important that I start first this year in his honor,” he said.

Convoys for Special Olympians are held across North America every year. The athletes at the Paris Convoy, many of them proudly wearing the medals they’d won at competitions, were clearly enjoying the camaraderie with the drivers and their supporters.

“This event has developed friendships that go beyond this one day,” said Blackwell. “Over the past 15 years we have seen familiar faces, year after year, and more supporters each year, because of the strong impact this day holds for both the truckers and the athletes.”

Emily Snider, whose grandparents once owned Drumbo Transport (still active in the Convoy but now owned by Heritage Transport), is a special athlete who has competed in swimming, snowshoeing and five-pin bowling. She was paired with Brian Hilton, a Contrans driver pulling a flatdeck.

“I do this every year – I like going for a ride and coming back,” said Snider.

Leonard Taylor and Einwechter from Challenger were presented with an award for entering the most trucks.

“It’s all about teamwork,” said Einwechter. “My drivers want to be in it and I support them. They lead the charge, they’re committed and I think if they can do it, so can I. This is my second year doing this but some of our drivers have been doing this for years.”

Blackwell was ecstatic with the final tally.

“We raised $133,00, which is way more than our best previous result of $108,000,” she said. The event wrapped up with afternoon baseball game between the Olympians and the Law Enforcement Torch Run participants. As happens every year, the result was a lopsided victory for the special athletes. “They slaughtered us 18-5,” said Blackwell. 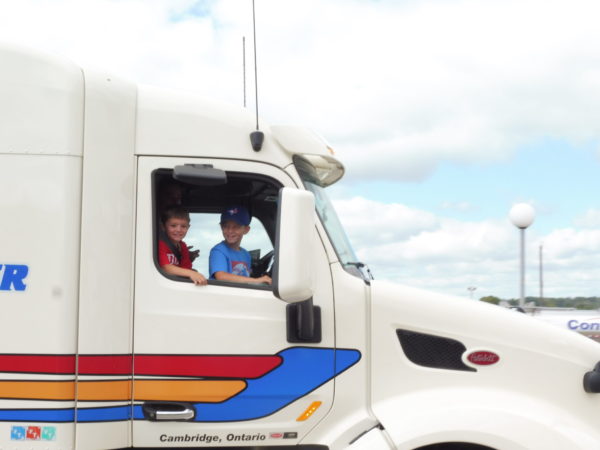 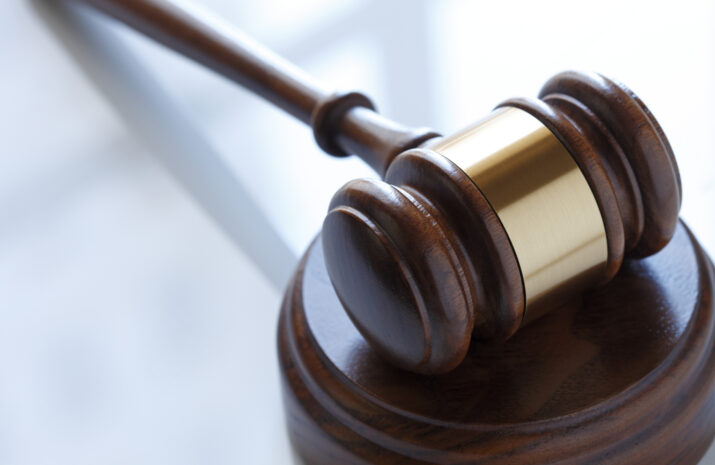 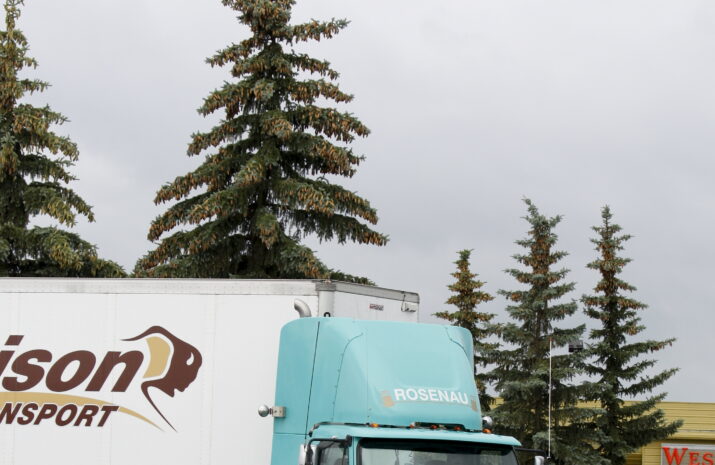 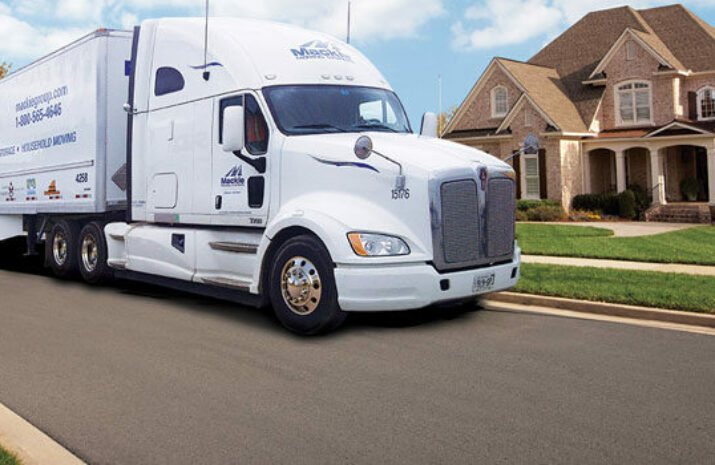 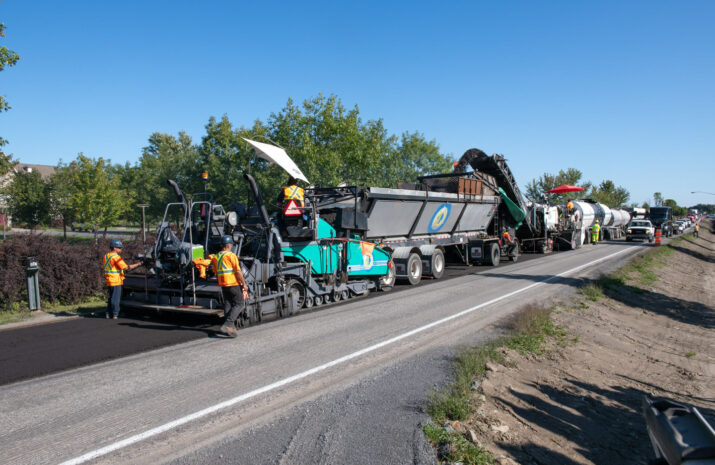