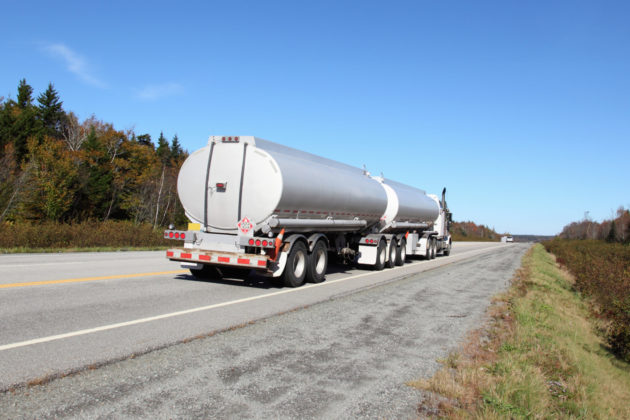 Are products that purport to increase your fleet’s fuel mileage cases of better living through technology, or are they just more boondoggles that’ll suck the life out of your bottom line?

Not surprisingly, the answer depends upon whom you ask.

“There’s always some snake oil out there, some guys trying to sell stuff,” said Gene Orlick of Calgary’s Orlicks, Inc.

One of the ways he looks to control fuel costs is to make sure the fleet equipment is current.

“All my tractors are within two years old,” he says, “so we’re right up there in terms of all the engine technology, and I think that’s the best way for us, even with the trailers. They’re always increasing and improving aerodynamics one way or another. If you’re going to stick with old, 10- or 15-year-old trucks like some guys do, because they just can’t afford a new one, they’re getting four miles per gallon (58.8 liters per 100 km). So what they don’t pay in payments they pay in fuel costs and downtime.”

On the other hand, that’s exactly the strategy being considered by Kingsville, Ont.-based Pete and Annie’s Trucking. According to Dave Jackson, they’re looking at bringing older tractor technology back to their fleet.

“The modern trucks have so many problems with the aftertreatment systems that we feel we would be better off with an older truck,” Jackson said. Pete and Annie’s Trucking has several five- and six-year-old trucks that are “just horrible.”

“We’re better off either with something brand new or something 15 years old. There’s no grey area any more.”

That doesn’t mean Pete and Annie’s doesn’t have fuel-saving strategies. “We don’t use APUs but we do use bunk heaters,” Jackson said, noting that the more-complex auxiliary power units can face additional reliability and maintenance concerns.

The company has also embraced trailer skirts and automatic tire inflation systems for its trailers. The fleet’s trucks have speed limiters as well, and “we encourage the use of cruise control.”

They haven’t looked at trailer tails, however. “We don’t think they’re there yet,” he said.

All the trailers that Orlick orders these days come with side skirts. Citing industry and government studies, he said they save fuel.

The same can be said for single wide-based tires.

Orlick uses single tires on the converters between trailers. While he’s bullish on them, “the downside is that when you get a flat, you can’t go anywhere. You can’t nurse it in with another tire beside it.”

Despite the fuel savings offered by the wide-based single tires, Orlick noted that there’s currently a huge downside to them. “It took the Alberta government quite a while to get convinced [the tires] are a good thing to do,” he said. “Now they have, but the City of Calgary won’t let us run them at full weight. So although we can go down the highway, we can’t go through Calgary. It’s brutal.”

Jackson reported that PA Trucking’s auto inflation system has definitely saved money, and not just in terms of fuel economy.

“We had a trailer … that picked up a nail in the tire and [the driver] didn’t know it. But within a few minutes [the system] had pressurized the tire to the point where we could drive to a repair station instead of having to call somebody out for road service. It speeds up maintenance because we’ve got one gauge to check instead of checking eight tires individually.” 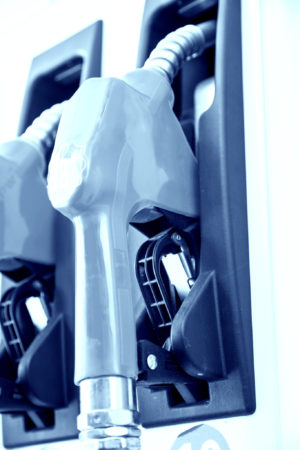 How does the shop get up to speed with all the new stuff being brought on board, and how does a fleet owner know what fuel-saving device works and what’s just a dumb idea?

“It’s rarely a dumb idea,” says Mike Roeth, Executive Director of the North American Council for Freight Efficiency. “It might be misplaced, meaning it works in the south and not the north, or it works better on shorter runs than longer runs,” he said. “Yet to some people, [it’s] either a winner or a loser, with nothing in between.”

You also may have to wait for a technology to mature before it makes sense to exploit it yourself. Roeth cited low rolling resistance tires as an example. “Some of the first [versions] were just a case of shaving off some tread depth,” he said, “which does get better fuel economy.”

The problem was that the tires didn’t last. “Then they started creating tires with different materials and different design … While that made the tires more expensive, they could bridge that gap between better rolling resistance and longer tread life.”

It was the same story with tire pressure monitoring systems. “In the early days, those systems were causing more air to leak out of the tires than they were really saving,” Roeth noted.

Aerodynamic tweaks like trailer skirts and aero bumpers can also be problematic, but with newer generations it’s more a matter of where they’re being used. “If it gets really close to the road, it may work on [an Interstate] where the road’s good and there’s very little curbs to get over,” Roeth said. “But if you go where there’s a lot of snow and ice, or potholes, some of these bumpers and aerodynamics can get pretty close to the ground, and … there have been some that cracked and didn’t work well.”

Terminals may also be infected by rock, gravel or warped asphalt that could damage the aero devices. “You can get into some pretty bad places where the aerodynamic devices are going to rub, or scratch,” Roeth said. “If that’s the business you’re in, your fleet might want to think about deleting those devices when you buy.”

The trick, he says, is figuring out what’s what – something his organization can help fleets and manufactures do via a broad collection of studies, reports and other resources available at www.nacfe.org.

It’s indeed a balancing act, one in which the fleet owner has to tiptoe the line between the promise of fuel savings and any new expenses needed to achieve the savings.

“If [fleets get] a huge fuel economy gain but [the gain] caused maintenance costs to go up a little bit,” Roeth said, “fleets might buy in. But you have to make sure it doesn’t cause downtime or nobody will buy it.”

In other words, the stuff has to work as advertised.

How do you figure all this out? “The best practice is to buy trucks with a committee, or at least have the maintenance person and the driver recruiting person involved,” Roeth said. “Fuel people, maintenance people, the person responsible for driver recruiting and retention, having [them] involved in the decision on spec’ing is really important.”

Or not. When Orlick plans his purchases, he trusts his judgement.

“I do have input from others,” he said. “But I’ve been doing it for so long that I know what I want. You tend to understand what’s needed in terms of having the proper amount of power, the right transmission, the right rear ends so you can accomplish your fuel economy [goals] while still making proper power to pull.”

As for how such things affect folks in the shop, Jackson noted that the internet can be a lifesaver. “Google has become probably the second most popular tool,” he said. “You can go online to find this or that, or for the best procedure for [handling a particular issue].”

Using the internet can also let you stand on the shoulders of others.

“Quite often, the fastest way to identify or resolve a problem is to look to someone who’s already done it,” Jackson said. While this can definitely be handy, “you’re always doing this with a grain of salt,” he said.

Between search engines, YouTube videos and the like, there’s plenty of free stuff out there. Just keep in mind that the particular information you might need may not be free. “The manufacturers offer their own software, which you have to pay a fee to be able to access,” Jackson said as an example. “It all depends on the situation and how old the technology is.”

Regardless of how your fleet saves fuel, the best advice seems to involve ensuring that your eyes and the lines of communication are both wide open.