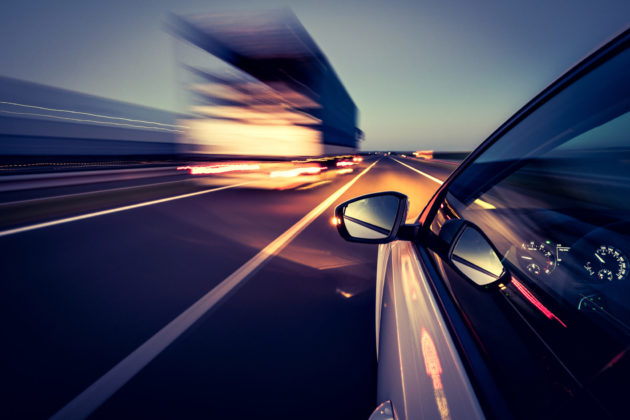 BETHESDA, Md. – Canadian and U.S. enforcement teams handed out 17,556 speed-related citations during this year’s Operation Safe Driver Week, in a blitz that targeted the drivers of commercial and passenger vehicles alike.

The Commercial Vehicle Safety Alliance (CVSA) made speeding a special focus during this year’s event, noting how speed has been a factor in more than one in four crash deaths since 2008. The alliance cited that finding from the Insurance Institute for Highway Safety Highway Loss Data Institute when adopting the event’s “late won’t kill you, speeding will” tagline.

Speeding wasn’t the only issue to be tracked, however.

Officers cited 954 commercial vehicle drivers for not wearing a seatbelt, 426 for failing to obey a traffic control device, and 249 for using a handheld phone or texting. Ninety-two improper lane change citations rounded out the list of the Top 5 violations.

Other than speeding, the Top 5 citations issued to passenger vehicle drivers including failing to wear a seatbelt (1,794); failing to obey a traffic control device (540); inattentive, careless or reckless driving (517); or possessing, using, or being under the influence of alcohol or drugs (503).

Each factor plays a key role in highway safety.

Transport Canada has also reported that distracted driving contributed to 21%  of fatal collisions in 2016, while NHTSA counted 3,166 distraction-related fatal crashes in the U.S. during 2017.

It isn’t always about using a smartphone, though.

“Distractions include anything that takes the driver’s attention off the road, such as talking or texting on a cellphone, eating, talking with passengers, adjusting vehicle or navigation controls, etc.,” the CVSA notes. During Operation Safe Driver Week, commercial drivers collected 249 citations and 170 warnings for using a handheld phone or texting while behind the wheel. Passenger vehicle drivers collected 416 citations and 400 warnings.