British Columbia appears to be emerging from the economic downturn associated with Covid-19, but the province’s largest trucking association understands there are plenty of changes to come in the year ahead.

“We want to ensure ELDs are implemented – and implemented as quickly as possible,” he said in a presentation for the association’s annual general meeting. There’s also a push to see the devices applied by provincial regulators. “If we get our way, it will also include implementation with speed limiters.”

The Canadian Council of Motor Transport Administrators (CCMTA) confirms that enforcement teams will focus on education around ELDs until June 12, 2022, even though a related mandate takes hold this week. Transport Canada has yet to certify any ELDs for use in the Canadian market.

Regulations to restrict glider kits — and the delete kits that bypass emissions controls — are also “on the near horizon”, Earle added, cautioning B.C. fleets to evaluate their operations to prepare for the changes.

But the industry’s coming challenges involve more than equipment alone.

“Labor supply will become an increasingly difficult problem to solve. We’re already seeing it,” Earle said, referring to the demographic shift that will make it tougher to source personnel from drivers to dispatchers.

Those who train for jobs at the wheel in the B.C. will face some of Canada’s toughest minimum driver training standards, too. While the province was among the last jurisdictions to implement mandatory entry-level training, the benchmark has been set at 140 hours, with unique training requirements including mountain driving and tire chains.

In the midst of it all, the economic picture seems positive.

“The general economy and the North American economy, and even the B.C. economy, are all recovering – and fairly robustly,” said Ken Peacock, chief economist and vice-president of the Business Council of British Columbia.

The gross domestic profit in the province’s transportation and warehousing sector dropped an average 20% because of the pandemic. But in trucking it was down 5%, “which is not bad in the context of the broader transportation sector,” he said. The air industry, for example, plunged more than 72%.

Admittedly there are challenges and unknowns. There’s upward pressure on prices. Constrained supply chains. Rising inflation. Job growth that can largely be traced to the public sector. And then there’s the inevitable need for governments to wind up stimulus spending. Higher taxes will likely follow.

Canada’s gross domestic product, down 3.5% last year, is expected to rise 5.8% this year, Peacock said. That lags behind a projected 6.9% expansion south of the border, where the GDP per capita has already recovered to levels last seen at the end of 2019. He doesn’t expect Canada to meet that benchmark until the second quarter of last year.

But the provincial economy is benefitting from factors like the soaring price of lumber, and recoveries in other commodities such as natural gas. Peacock also expresses little concern about rising inflation since much of the current increase is linked to energy prices, which are “somewhat transitory”.

As for the year that was, Earle referred to several wins, including coordinated infrastructure improvements, tourism recovery funds for charter coach operators, and a strong voice in Covid-related employment law provisions.

The heavy-duty vehicle efficiency (HDVE) program has illustrated the work the industry has done, Earle added.

Said Earle: “Regulators at every level now understand they have a willing and eager partner in the industry.” 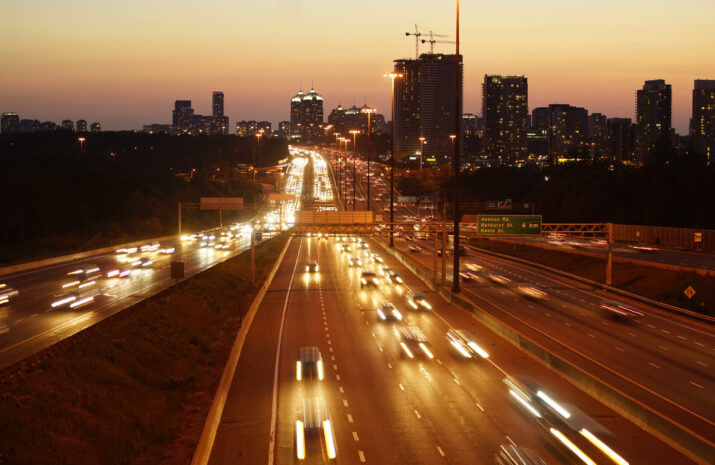