TOWN OF GRAND VALLEY, Ont. — The mayor of an Ontario town, which lost its yearslong legal battle to evict a small family-owned trucking company from a residential area over zoning rules, now believes the issue could have been better handled.

“What we should have done was try (harder) to reach an agreement with the Walkers,” Grand Valley Mayor Steve Soloman told Truck News after a court in Orangeville, Ont., rejected the town’s latest bid to push out Paul Walker Trucking.

Soloman said he is not sure why the two sides could not come to an agreement, but misunderstanding could be a reason.

Asked whether he regrets going to court, the mayor said, “Probably I do.” 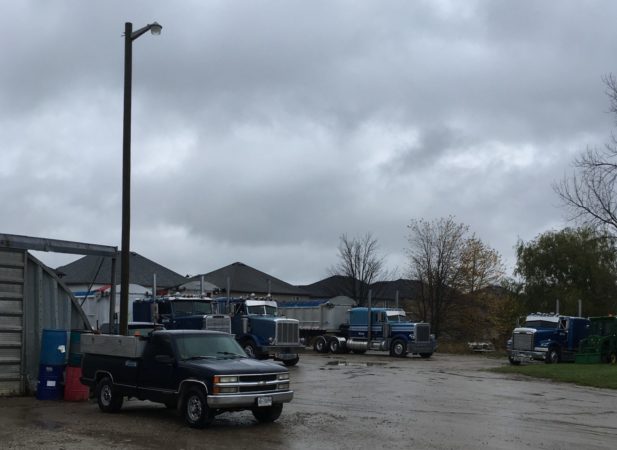 The company was founded by Angie and Paul Walker some 40 years ago in a rural area surrounded by farms and fields, but the recent creation of a subdivision has brought their property on Concession 2-3 under urban boundary.

“We did not move to town, the town moved to us,” Angie Walker said in an email to Truck News.

The town, which has a population of just under 3,000, initiated the court case about three years ago after a resident complained of noise pollution. Officials also determined that the company was violating zoning rules by expanding the business.

Angie and Paul Walker run the company with their sons. They have six trucks and trailers, hauling sand, gravel and road salt.

The town’s bid to evict the company was first rejected by the Ontario Superior Court of Justice last year. The town appealed the ruling, and once again, the court sided with the company this month.

“It has been very stressful knowing that you work hard for years to have what you have, and you could lose it all with one decision.”

She noted that the community had come to the defense of the company, and that she was overwhelmed by the support.

The Walkers are planning to continue running their business, and as far as the town is concerned, the case is closed.

“We’re going to submit to the will of the court,” said Mayor Soloman.