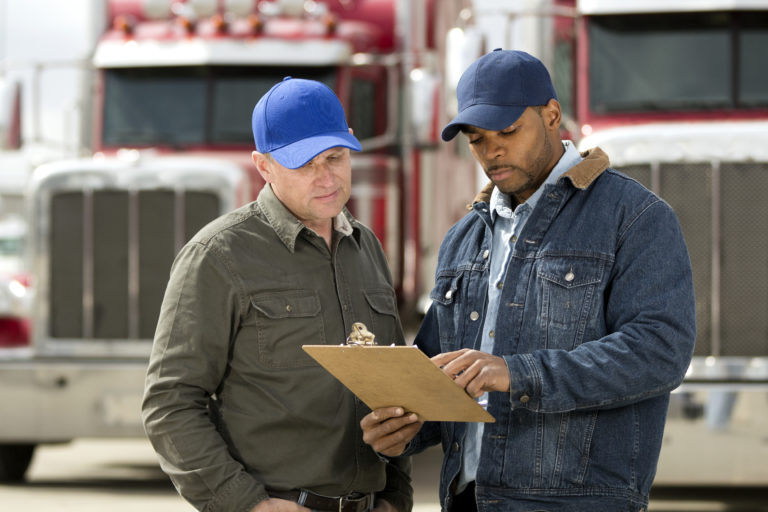 There is a good reason why recruiters agonize over the hiring of a new driver. The person at the wheel will be the face of the business and the means of moving freight from Point A to Point B. It’s why formal recruiting efforts are anchored in everything from road tests to abstract reviews, reference checks, interviews, criminal background checks and drug screening.

But all too often, the process comes to an abrupt end with a toss of the keys; a passing comment to “be careful”.

“As an industry – and I’m sure we’re all guilty of it – we spend a lot of time doing driver orientation. We haven’t spent a lot of time doing driver onboarding,” says Geoff Topping, vice-president of human resources at Challenger Motor Freight. The focus of traditional orientation programs, for example, tends to be on matters like the rules that govern hours of service or the transportation of dangerous goods, he explains. “Onboarding is part of something bigger.”

When working as designed, an onboarding program delivers the fleet-specific information and guidance that could mean the difference between a lasting working relationship and the frustrations that can cause someone to quit before they’ve barely had the chance to warm a driver’s seat.

There is certainly plenty of unique information for a new hire to absorb, even if they’ve worked in the trucking industry before. Every fleet has a different way of doing business. Equipment spec’s, for example can vary from one company to the next, and then there are the internal practices that affect everything from pay schedules to dispatching and individual customer demands. Even the layout of a yard can seem confusing.

New drivers at Challenger, no matter what experience they already have, can all expect some level of extra training before any wheels begin to turn. Those emerging from a driving school will receive a six-week finishing program, while those who have one to five years of experience might be fed into a shorter “polishing” program that focuses on specific skills.

Self-directed online training through CarriersEdge covers topics including defensive driving and fatigue management that may not have been absorbed from past employers. Other drivers might get commodity-specific training on topics such as food safety for Hazard Analysis and Critical Control Points (HACCP) designations.

But everyone also receives a paid four-day orientation program that covers every aspect of fleet life.

Some of the latter presentations involve gathering information about payroll processes and benefits, but it goes beyond that. Members of the shop team come forward to discuss how everyone can work together to keep equipment in good repair, while other training addresses how to use the Qualcomm

communications systems. Bulk, van and reefer drivers also sit side by side as they hear about the different divisions and how to work with dispatchers.

“It gives them a chance to see the other divisions,” Topping says, referring to the added exposure. Some details may not apply to a driver right away, but they make a difference if someone begins to think about other career options. “We like them to have the whole spectrum.”

Fortigo, a dedicated contract carrier based in Etobicoke, Ont., focuses on safety-related topics during its two-day classroom session for every new driver. That covers defensive driving, space management, and hours of service, as well as certification for the transportation of dangerous goods, says Peter Karellas, the fleet’s senior vice-president of risk and resources.

It’s during these sessions that newly hired personnel will also learn how to fill out a variety of paperwork, including log sheets (until electronic logging devices are mandated), trip sheets, and proof of delivery documents.

As a dedicated contract carrier, some of the required information will be unique to different clients. One customer in the chemical sector, for example, requires trip sheets to record weights and individual pieces, all of which is tied to key performance indicators. So, too, is there unique information when it comes to handling empty totes, drums and containers.

From there, Fortigo drivers are immersed in the workings of an in-house transportation management system that requires drivers to record starts, deliveries, arrivals, and departure times while on the road. All that feeds a portal which delivers information to customers. Meanwhile, the orientation shows everyone around premises and the fleet yard, introducing other team members including dispatchers and accounting personnel.

“When they get their first pay statement, we actually arrange to sit down with them and review that statement with them,” Karellas adds. “The volumes go up and down in this business, and when you hire somebody, his concern is if he’s going to make decent hours. We try to encourage them along and explain the situation to them until they get a good feel for the work they do.”

Still, onboarding programs can extend well beyond the first payload or paycheque.

“Every month in the first year is critical,” Topping says, referring to the critical period in the retention process. “Three months is a magic number for sure.”

It’s why about 45 Challenger employees serve as personal connections to new hires over the first six months on the job. It doesn’t matter if a question involves payroll, safety procedures, or satellite messaging, Topping says, offering examples of what can be discussed. If the connections can’t answer questions themselves, an email group has been set up so they can reach out to find peers who have the information.

Participants also actively engage the drivers they’ve been assigned to, reaching out at least once a month for the first three months.

“It’s been extremely successful,” says Topping, who is currently connected to a bulk transportation driver. “This program has saved people because they just felt they didn’t know who to talk to.”

The personal connections are important because of the volume of information that’s shared during a typical onboarding process, he says.

Challenger isn’t alone in the approach.

Fortigo relies on its Top 10 drivers and other managers to serve as one-on-one mentors for the first three months someone is on the job. They check in daily for the first week, and every other day in the week after that. The calls shift to weekly at that point.

The mentors have all been on the job three to four years, and they include people who have worked in different areas of the business, from van trailers to flatbeds and Moffett truck-mounted forklifts.

“We want to make this new guy feel as comfortable as possible,” Karellas says. “It has made a difference, and you can see it in our retention numbers.”

That’s been especially true when it comes to the first 90 days on the job, a critical time when new hires seem to decide whether they want to stay or look for another job. Before the program was introduced, about 7% of new hires were lost. The losses now sit below 2% today.

“The most important factor in hiring and onboarding a driver is the ‘after’, not the ‘before,’” agrees Ryan Tilley, Tandet Group’s director of transportation services. The company has even rolled out an app, known as Driver Engage, that will help to keep office teams and drivers connected.

It was initially meant as a tool to store information about qualifications, training records, and personal contact information. But the idea quickly evolved into more than that. “It will become a central point of contact for the driver, where he can submit questions for [things like] payroll information and there will be a series of follow-ups,” Tilley says.

“The younger generation needs a little bit more interaction,” he explains, noting how the demographic tends to want to see how their work fits into a bigger picture. “They need to understand why what they’re doing is important.”

He also hopes it will help to address early concerns that would otherwise be left to fester.

“I always find the driver has so much time to sit there and think about this one scenario or multiple scenarios that happened to them. And then it gets to a boiling point,” Tilley says.

Tandet’s plan is to regularly engage new drivers through the app for the first three months on the job, and continue the connections quarterly after that.

“In our industry, because we run predominantly tankers … we get a lot more turnover in that first 90-day window,” Tilley says, noting how retention rates tend to rise after that time period. “It’s such a different drive and not all candidates will make it through that training window.”

Challenger is even reaching beyond the drivers themselves. This January, the fleet committed to sending information packages to each new employee’s family members. There’s a welcome letter from the division manager, and pictures of team members including driver managers, safety managers and more. “That package doesn’t get handed to them. It arrives at their house,” Topping stresses. There’s contact information for the times when families need to reach out to drivers in an emergency, and the details about discounts available through local businesses like Good Life Fitness and nearby restaurants.

The ideas emerged when Topping reached out to the University of Waterloo, stressing the value of studying factors that affect the driver shortage. Eight doctoral students surveyed and met with fleet drivers, operations teams and recruiters alike, and also pored over the results of a driver engagement survey. They were the ones who identified the value in discussing a company’s mission, vision, values and benefits when someone is first hired. And they realized that much of the onboarding information is needed to secure buy-in from a new employee’s family.

“It’s addressed to those people,” Topping says. “It’s ‘Welcome to the Challenger family. We want to make sure you’re aware of all the things we can do for you.’