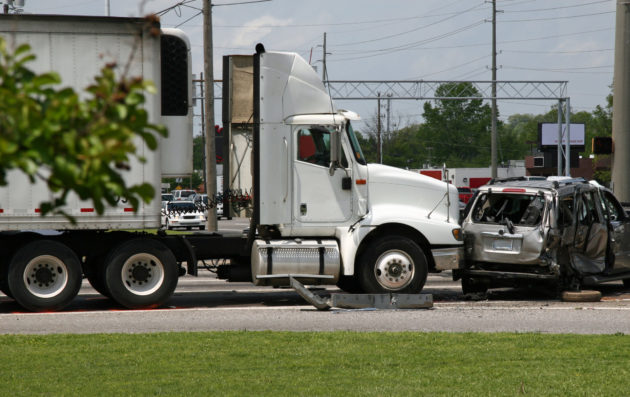 The Ontario Trucking Association (OTA) believes some fleets may be misrepresenting themselves when applying for Facility Association insurance.

TORONTO, Ont. — A national review by Facility Association – an insurer of last resort for fleets that can’t secure coverage elsewhere – is looking to keep trucking companies from misrepresenting themselves when negotiating insurance premiums.

The Ontario Trucking Association (OTA) and selected insurers began to shine a light on the potential challenge last year, following reports that a growing number of truck fleets were being covered by Facility Association. A formal meeting of the two groups was held in May.

Facility Association’s commercial insurance premiums rose an astounding 47% in the 12 months leading up to March 2019, and those linked to interurban vehicles were up 200%.

“When we see a growth in any given sector, it’s a heads-up for us to look more closely,” says Saskia Matheson, Facility Association’s president and CEO. “We want to make sure we are charging the right and fair price.”

Some of the growth is believed to be linked to carriers that are misrepresenting where they are actually based. A fleet that does most of its business in Ontario, for example, might tell Facility Association that it’s based in New Brunswick.

The problem emerges because the insurance premiums are based on risk. If the high-risk fleets insured by Facility Association file more insurance claims than expected, the extra costs are absorbed by the rest of the insurance industry. Those insurance providers then need to increase the rates paid by their customers.

“Where the vehicle is used is important to determining risk,” Matheson says. Other factors include how many trucks are run, and the length of time they’re on the road.

“When applied for an issued properly, insurance with Facility Association has a legitimate and important role in supporting the trucking industry,” said OTA president Stephen Laskowski. “Our goal in partnering with the Facility Association is not to eliminate these legitimate uses, but rather to review with insurance regulators the existing Commercial Residual Market insurance policy framework – and ensure the proper rating of carriers that reflects road safety and fleet responsibility in this market.”

Other groups now involved in discussions include the Alberta Motor Transport Association (AMTA).

The national review is scheduled to conclude this fall, with revised rules to be in place by the close of the year, subject to regulatory approval, Matheson says.

The OTA’s own Facility Association Commercial Underwriting Working Group began to meet in June, and will continue working throughout 2019 to review specific technical issues relating to underwriting rules and procedures. It wants to make recommendations regarding underwriting rules, documentation requirements, a fraud mitigation strategy, audit strategy, and key risk indicators.

The rising cost of truck insurance, and the challenge of getting coverage in the first place, was recently highlighted during a rolling protest by a group of Toronto-area aggregate haulers.

They’re among a growing list of fleets and owner-operators who face higher premiums as insurers re-evaluate the risks they’re willing to cover. Some insurers are simply stepping away from trucking industry sectors thought to represent an unacceptable risk – like the aggregate haulers serving construction activities in and around Toronto.

Truck insurance claims have generally been rising quicker than original projections because of factors such as pricey legal settlements and technology-laden trucks that can be costly to repair.