TORONTO, Ont. – Those who work in Canada’s trucking industry appear relatively satisfied in their jobs, according to a monthly reader poll conducted by Today’s Trucking.

Forty-one percent of those who participated in the Pulse Survey said they were satisfied in their current job, while 39% were very satisfied, and 13% were relatively neutral. About 62% have been in the same job for more than a decade.

Still, 26% have actively searched for a different job in the last 12 months.

Other than higher pay, the top thing that would attract people to another employer would be a positive workplace image, cited by 15% of those in the poll. That was followed by better benefits (13%), opportunities for advancement (11%), different work (10%), and predictable pay (9%).

Not surprisingly, the same issues top the list of things that attracted respondents to their current job including a positive workplace image (20%), different work (16%), opportunities for advancement (13%), and predictable pay (11%). Flexible work hours or dispatching options (6%) were in a statistical tie with better benefits (5%).

More than one third (35%) said they would most likely turn to industry peers to find their next job, with 18% relying on recruiting ads.

The Today’s Trucking Pulse Survey is conducted through email and social media every month. 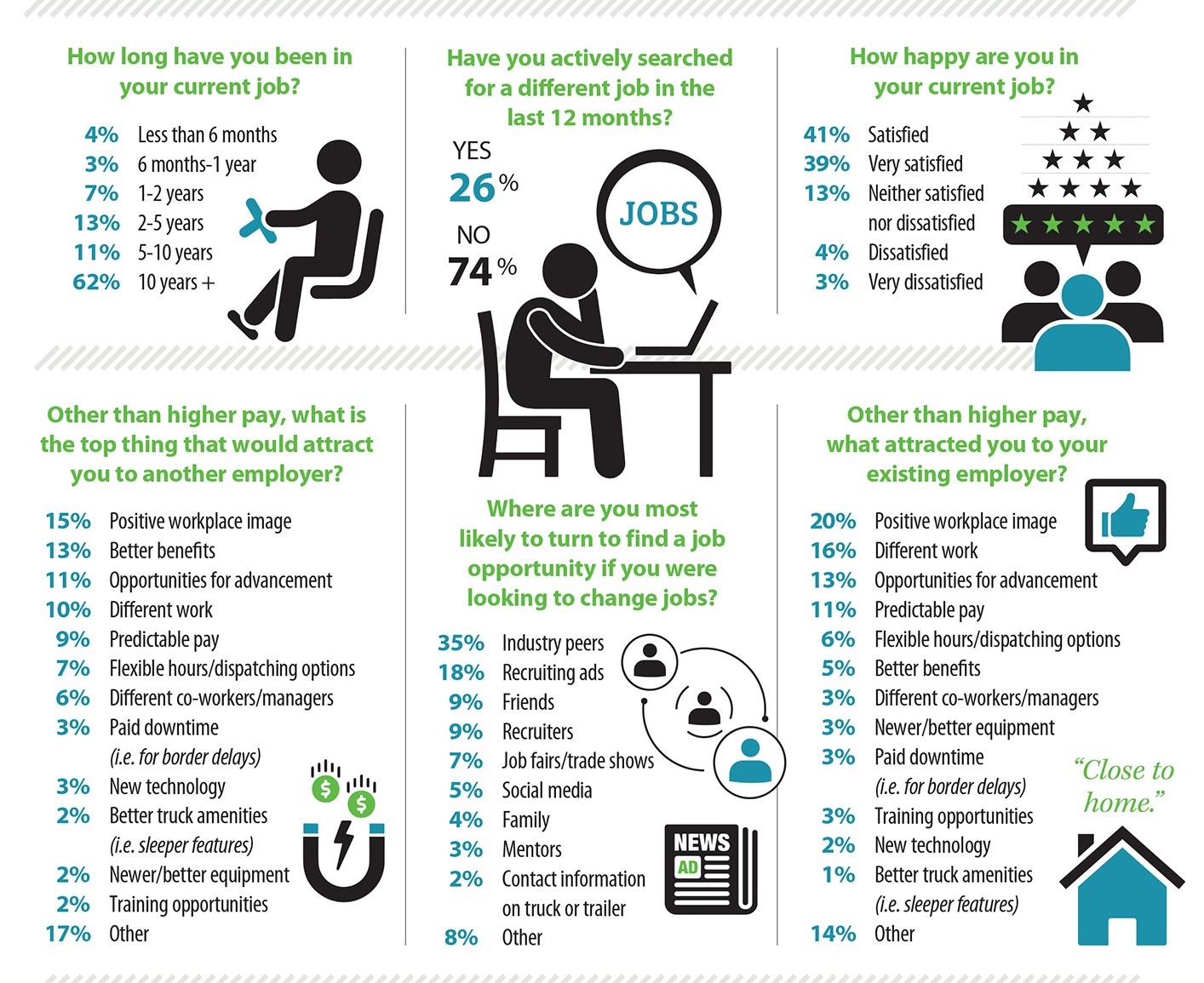