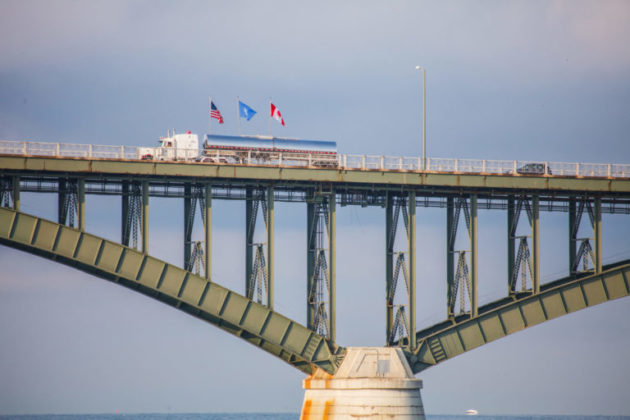 OTTAWA, Ont. – The Canadian Trucking Alliance is adding to the calls for federal politicians to ratify the Canada-U.S.-Mexico trade agreement established to replace NAFTA.

Representatives of the alliance expressed the position in an appearance before the House of Commons’ Standing Committee on International Trade.

“Total trade with the U.S. is over $1 trillion, with our second largest trading partner, the EU, being a distant second. Trucking moves close to 70% of this trade with the U.S.,” said CTA policy director Lak Shoan. “Ratification of CUSMA is critical importance to our sector.”

The agreement is known as USMCA in the U.S., and MUSCA in Mexico.

U.S. President Donald Trump triggered the renegotiation of NAFTA in 2018, introducing several tariffs to force the changes. A new trade deal, with a series of last-minute amendments, was approved by the Mexican government and U.S. Senate last December. Trump signed the agreement in late January.

The House of Commons trade committee is scheduled to end its hearings on Feb. 28, but minority Liberals still need support from at least one other political party to make that happen.

The alliance’s submission highlighted economic sectors that will rely on the agreement, and key states that dominate cross-border trade.

The new agreement is expected to introduce some changes in the way goods cross the border. Because of that, CTA is pledging to work with the government on issues such as revisions to the temporary admission of goods; changes to promote trade facilitation through electronic submissions and reduce paper processes; and the need for a “single window system” that enables a single entry point for documents and data.

Other potential changes could include the administration of customs penalties, and alignment in everything from hours of service to joint customs inspections and facilities.

“The Government of Canada should be applauded for reaching this deal and continually showing an investment commitment in recent budgets to make our border work from both a safety and trade perspective,” Shoan added. “This investment must continue to address physical infrastructure, IT systems, staffing, and policy developments at the border.”

To see how the trade deal will influence trucks themselves, click here.