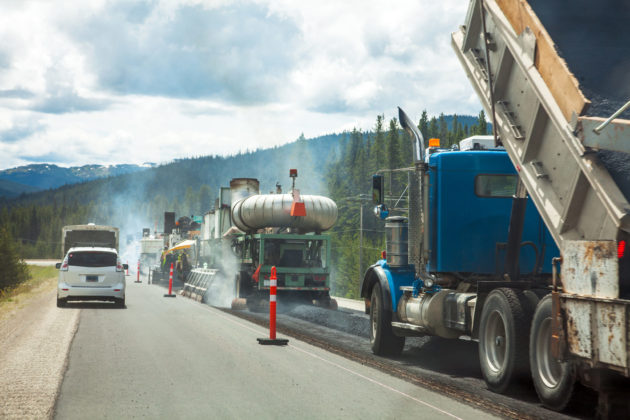 TORONTO, Ont. – The Canadian Trucking Alliance (CTA) and its partners at provincial trucking associations have unveiled a wish list of infrastructure priorities that could improve road-based trade.

The need to invest in truck parking and border capabilities is among them.

“The availability of adequate truck parking is more critical than ever,” the alliance says in the 2019-2020 Infrastructure Priorities Report, referring to a pending mandate for electronic logging devices (ELDs). “The federal government needs to explore with the provinces potential solutions and develop a strategy on truck parking for Canada’s national highway system.”

“We realize funding required to upgrade these outdated systems is significant, but such an investment is dwarfed by the immediate and long-term damage the economy would suffer if these investments are not made,” the alliance says. “Ongoing staffing shortages appear to be getting worse, thickening the border, and impeding the facilitation of cross-border commerce. As a result, the Canadian cross-border business community is forced to brace for unprecedented disruptions and weakening of the Canadian supply chain.”

Some items on the list include the need to invest in specific highway projects.

In Quebec and Atlantic Canada, the focus is on Route 185 from Saint-Antonin to Saint-Loui-du-Ha! Ha!; and Highway 85/Road 185 between Riviere-du-Loup, Que., and Edmundston, N.B.

“If completed, this would connect all of Eastern Canada with four-lane highways from Halifax to Toronto,” the report says. “Upgrading Highway 185 – often cited as one of the most dangerous highways in Canada – should markedly improve safety.”

The upgrades would also make it possible to run long combination vehicles (LCVs) from Halifax to Toronto.

One of the focuses for Ontario is linked to the need to expand Greater Toronto Area highways along the 401 corridor.

“Portions of the 401 in the GTA are also among the busiest stretches of highway in North America – and perhaps the busiest overall for commercial vehicle activity in North America,” the report says. “It is recommended that the federal government explore innovative strategies with the province and municipalities to reduce congestion, improve redundancy around Pearson Airport, improve access to GTA intermodal yards, and expand Hwy. 401.”

Another top priority for Northern Ontario is redundancy at key bridges and expanded lanes along highways 11 and 17.

“Every day, commercial vehicles carry $100 million in goods over the Nipigon Bridge alone. However, as the bridge’s unexpected closure in 2016 demonstrated, lack of redundancy and capacity along key trade routes in Northern Ontario can have serious impacts on domestic trade.”

For Saskatchewan, the focus is on the need for passing lines on Hwy. 16 from Clavet to the Manitoba border. There’s a need for rest areas and pullouts on Highway 1, too.

A North Eastern Corridor to Fort MacMurray, and the twinning of Hwy. 40 and the Wapiti Bridge in the Grande Prairie Area, were cited as needs for Alberta. The Wapiti Bridge handles 9,060 vehicles per day, and commercial traffic accounts for half of that.

Proposed projects in B.C. involve the need for six lanes on Hwy. 1 from Hope to 264 Street in Langley, and replacing the George Massey Tunnel in Metro Vancouver.

The groups have cited recent investments as steps in the right direction.

More than $53 million in federal funding for Highways 6 and 39 between Regina and Estevan, Sask., was announced last November. And the Standing Senate Committee on Agriculture and Forestry recently recommended infrastructure upgrades to Highway 185 from Saint-Antonin to Saint-Louis-du-Ha! Ha!, Alberta Highway 40, and improvements to border infrastructure.

“CTA is pleased to see trucking and road-based infrastructure recognized for the essential role they play in moving our nation’s economy,” said Jonathan Blackham, director of policy and public affairs.