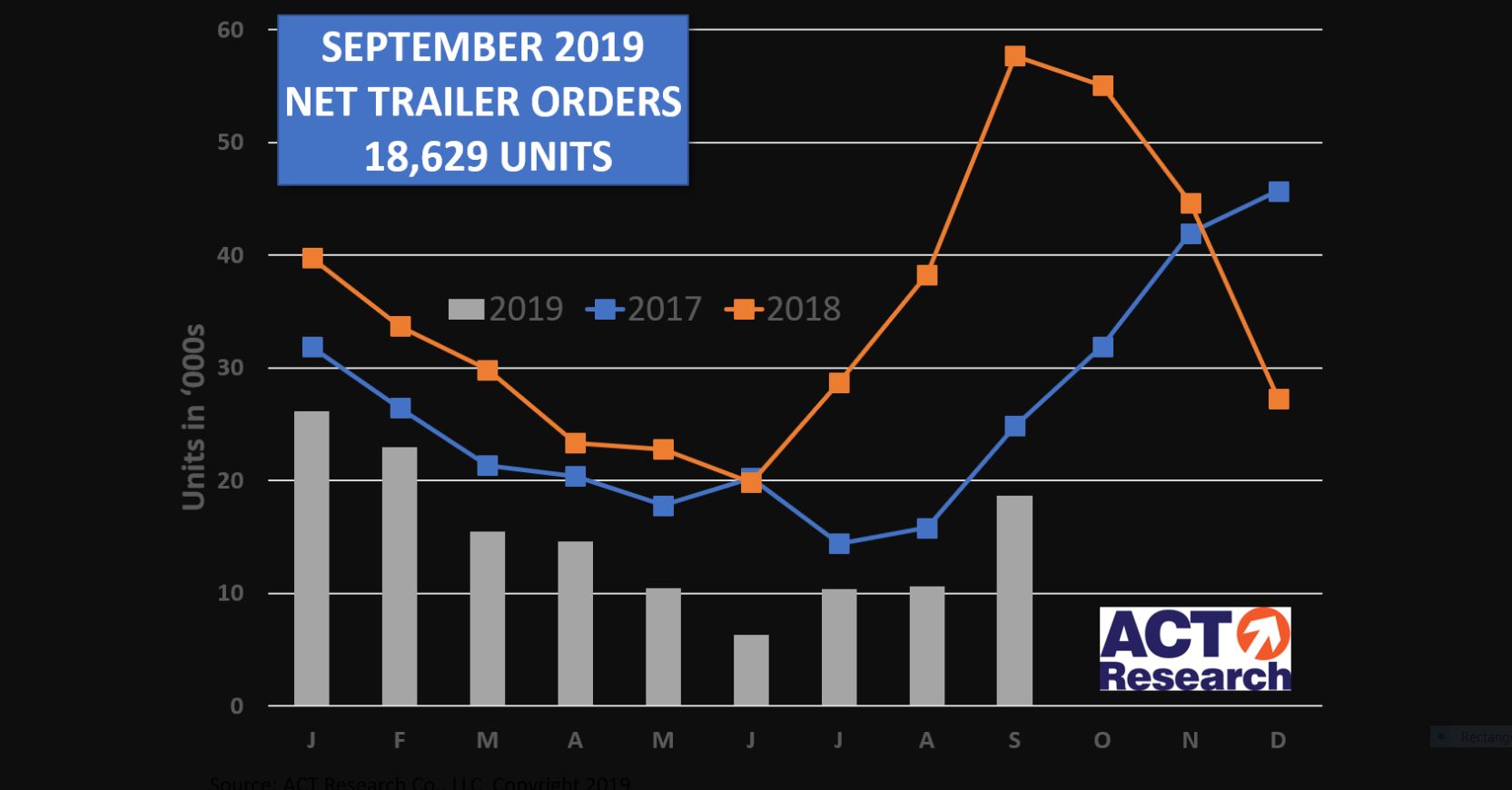 Year-to-date, however, net trailer orders are 54% below last year’s level, according to ACT Research’s State of the Industry: U.S. Trailer Report.

“Short-term comparisons of new orders up 44% m/m and net volume up 73% sequentially are blunted by the new/net year-over-year comparisons of -64% and -68%, respectively.”

He added that fleets are continuing to proceed with extreme caution toward the new year.