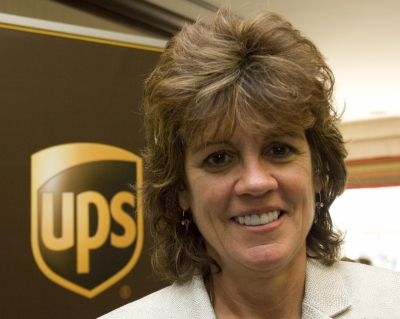 MISSISSAUGA, ON – Senior UPS executives are in Mississauga, Ontario today, celebrating 10 years of a program that connects and mentors women in a traditionally male-dominated sector.

Women’s Leadership Development is one of a series of UPS business resource groups that offer networking and training opportunities for employees who share different demographic backgrounds. Another Canadian group focuses on millennial-aged employees. In the U.S. there are groups representing employees from different regions and sexual orientations.

“It’s representative of the customers we serve around the world,” says Cristina Falcone, vice president – public affairs at UPS Canada, and chair of the Women Leaders Development initiative on this side of the border.

Falcone has seen the commitment to diversity since first joining UPS 16 years ago, after completing a case study about the company in university. “We want employees to represent the global population that we operate in,” she says, referring to the way UPS has made a conscious decision to promote diversity within senior management roles. “Having diversity around the table, when it comes to making business decisions and discussions with others, will give us a competitive edge. It just makes business sense.”

The approach is about more than setting gender equity targets, says Romaine Seguin, president – UPS Americas, and international chair of Women’s Leadership Development. In a global business like UPS, it’s about inclusion. “Not just women,” she says. “Different cultures.”

Seguin stumbled into her own UPS career 33 years ago, when she began unloading trucks during overnight shifts as a way to stay in shape and plan for her real career. “I thought it was just going to be a job until I figured out what I was going to do,” she says. The real goal at that time was to become a teacher. But then someone approached her about the company’s management stream. “I said, ‘Does that mean I can stop doing this?'” she jokes of the freight being unloaded. 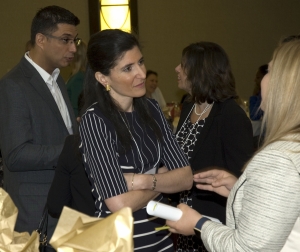 She found that her personal interest in sports helped to inject her into different discussions and become part of the male-dominated teams. “That really opened the door for me as far as respect,” Seguin says. “I was just one of them.”

But UPS is now formally reaching out to different demographic groups, and that means overcoming unique barriers. Seguin admits that some women are not drawn to the mechanical aspects of trucking and logistics, even though that has traditionally been a draw for their male counterparts.

Early exposure to the industry can make a difference. “Once they get involved in it, they see the complexity of the logistics and the supply chain,” she says. It’s one of the reasons that UPS participates in university case studies and job fairs. “We have changed a lot how we attract employees in general. They want flexibility. We tell them about promotion within. We tell them about different vocations and not being locked into a job for 10 years … that’s attractive to an employee today.”

The company even invites customers to participate in the Women’s Leadership Development networking and training opportunities, to show that core values match. There are men involved, too. “It’s not just a women’s group,” Seguin stresses. “When I go into a room and I see gentlemen, I say, ‘How many of you have daughters?’ It’s very important to be all-inclusive in whatever the initiative is.”

“We have many capable women drivers, and women working in all areas of the operation,” Falcone added. “We need to remove the stereotype of this industry being exclusive to men.”