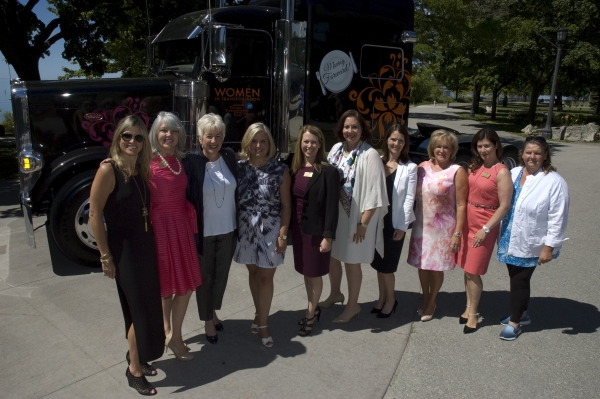 TORONTO, ON – Female executives from Canada’s transportation industry — and even the former president of Home Depot Canada — joined together at a Toronto Transportation Club luncheon on June 14 to discuss ways that women can move forward in their careers. But the messages about networking and standing up to be counted were seen to be just as important for businesses as the individual employees.

“Women have a lot of value to bring to an organization,” said QuikX Transportation president Lori L. McCreight, referring specifically to varied skillsets.

“We all think differently,” agreed Morai Logistics CEO Kelli Saunders, suggesting that women tend to be better multitaskers than men.

The diverse workplaces enjoy competitive advantages, too. Morai Logistics, for example, actually took the time to register as a female-owned company to secure an edge when bidding for U.S. government contracts. 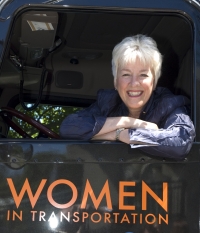 But women have a role to play in making such benefits a reality.

When it comes time to seek a promotion, women should be passionate, offer employers a Return on Investments, and raise their hands for the next role, said Pamela Ruebusch, founder and co-owner of TSI Group — an executive search and talent acquisition firm specializing in supply chain, logistics and transportation. The last piece of advice is often overlooked. Only 20% of women will put up their hand when 80% qualified for a role, she said, adding that men are more willing to take the leap.

Annette Verschuren, CEO of NRStor, an Order of Canada recipient and former Home Depot Canada president, drew from her personal experience in describing the difference that can be realized with that mindset. She asked to lead a company and was given the chance to oversee Den for Men. She pitched a joint venture for an arts and crafts store that became Michaels of Canada. When she was just 23, she completed an organization manual for the company where she worked. “I’ve hardly been 50% ready for a job I’ve taken,” said the proven risk taker.

The value of stepping forward can even make a difference when looking to secure a raise. Saunders mentioned that men seem to have no trouble coming into her office, sitting down and asking for more money. “The ladies will not.”

Verschuren never had that problem. “I’ve always been really well paid,” she said. “I’ve never accepted to be paid less than a male in my position.”

Overcoming personal barriers is vital to the success of a workplace as well. Verschuren recalled sitting as the lone women at a Home Depot boardroom table, and asking the chairman how he would feel if he was the only person there who represented 50% of the customer base. Diversity, she said, helps a business to think like its customers.

“Men and women need a clear understanding why diversity is so important in the workplace,” Verschuren said. But related decisions involve commitments by leaders. “If it doesn’t come from the top, it ain’t going to happen.”

Women have a role to play here, too.

“The only way you can grow in an organization is to be part of it and not be pushed to the side,” said McCreight, adding that a willingness to ask questions played a key role in expanding her own network.

Networking opportunities are not even limited to the workplace alone. Saunders encouraged the crowd to follow personal passions, whether they involve athletics, travel or learning a new language. Each represents a learning experience and a chance to expand networks. The Women Presidents’ Organization, for example, has turned out to be a life-changing experience for her. “Go out, network, enjoy your life,” she said.

And learn lessons along the way.

Verschuren thought she was doing a great job as a leader until a review showed that she wasn’t listening fairly to every member of the team. Leaders can’t be perfect at everything, she said. There are also ways to encourage others in their own paths. “I love building people, because when you build people you create positive results,” she said. “I celebrate success publicly. I’m critical very privately.”

Of course, some lessons will also be learned the hard way. Ruebusch stressed that it’s OK to learn from failures, referring to challenges when she launched her own business at the age of 25. “You don’t know what you don’t know,” she said. “We fail into success.”

There will be sexist barriers to overcome, too.

Verschuren remembers a professor who suggested she would never make it in business and should instead switch into secretarial arts.

“He thought he was diminishing me,” she said. “I felt sorry for him.”