KELOWNA, BC – So-called “uniform conditions” limit cargo losses to $2 per pound, but many carriers are exposed to higher losses than that, according to Michael Silva of Whitelaw Twinning Law Corporation. 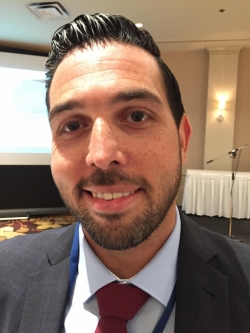 The requirements to apply such limits differ between provinces, he observed during a legal briefing to members of the British Columbia Trucking Association. In Alberta and Ontario, they apply to every contract of carriage, and there’s no need to “properly issue” a bill of lading. “There’s probably no requirement to even have a bill of lading,” he added. But there is no such language in British Columbia or Saskatchewan, where the bills need to include the right language and be properly used.

The differences can lead to significant losses. He cited the case of a carrier hauling 50,000 pounds of perfume that was stolen when properly parked at a truck stop. The court ruled that the carrier was still liable for the load’s full $1-million value because the company was guaranteeing safe delivery. “They were under the mistaken belief they could apply the $2 per pound,” Silva said.

And consider a 20,000-pound helicopter that is loaded on a step deck, but hits an overpass. If the shipment is coming from Alberta to B.C., the losses are going to be limited to $40,000. If the shipment is going in the other direction, a company without a properly issued bill of lading will be exposed to the million-dollar value.

Compounding matters further, business loss claims may not be covered if the work is subcontracted. The 50,000-pound generator on the trailer may be worth $1 million, but the mill that needs it might lose $2 million in business if the generator can’t be replaced for several months. “You have no limitation rights at all for the $2-million claim,” Silva said.

The paperwork that exists to protect companies can often fall short of truly protecting anyone.

“Here in B.C., bills of lading are almost never properly issued,” Silva warned, noting how that makes it tougher to limit exposure. To compound matters, many carriers are not properly insured, or don’t have policy limits that are high enough to protect them from rulings above $2 per pound. “The risk, the contract and the insurance are all linked,” he said.

U.S.-bound carriers may be no safer, and can often face judgements far above those allowed in the Carmack Amendment, which identifies rights and liabilities around cargo losses south of the border. “The individual state courts have so much power that they treat it differently,” he explained.

There are ways to limit the liability, though, such as proving the intentions of every party involved, or using Himalaya Clauses that can offer a layer of protection if ocean-going freight has a destination further inland. The challenge with those is that they almost always involve a court action.

At the very least, a bill of lading should have a box for declared value, signature lines for the shipper and the carrier, and a clear and obvious note that you intend to limit the value. “It’s nice to have it in the ‘declared value’ box, but better than that, have a heading on the front that says ‘limitation of liability’ and ‘other defences include’. Bullet point them and see the reverse side, and identify the website where they can be found. Now you’ve covered everything off. They know what to look for. They know there’s more information,” he said.

A head contract that covers expectations between the carrier and shipper, and the expectation that work will be subcontracted, can offer another layer of protection.