TORONTO, Ont. — Class 8 sales are off to strong start in 2015, surpassing the monthly total for the two previous years and

The 2,076 Class 8 trucks sold into the Canadian truck market made for the sixth best start to the year since 1999 and was almost 400 above the five-year average. The encouraging start to the year mirrors the results from our annual Equipment Buying Trends research last summer, which showed that 8 in 10 Canadian carriers were planning to replace at least a portion of their fleet this year, the highest new truck investment plans we have seen since the recession. Even small carriers, which had been particularly averse to purchasing new iron in recent years showed a change in heart, according to our survey, with rejuvenated plans to invest in new trucks this year. 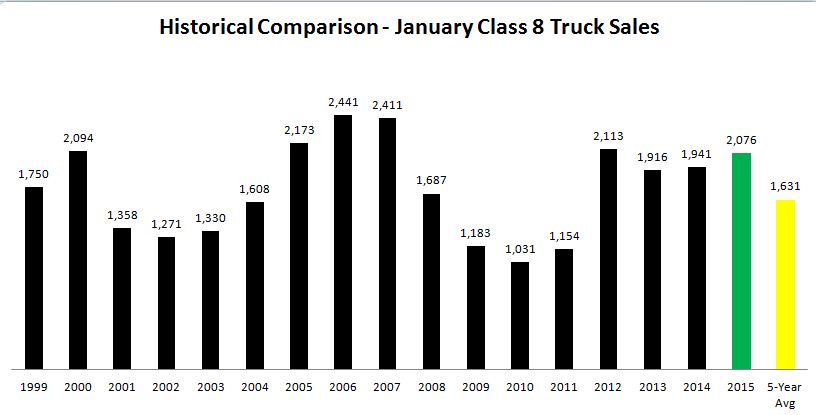 Taking a regional perspective, Ontario Class 8 truck sales enjoyed a strong start to the year, increasing 23% over last year’s totals for the month. Most other provinces showed improvement in sales too, with the exception of Alberta, Saskatchewan and New Brunswick. Truck sales in Alberta and Saskatchewan combined are off by 25% from the previous year as the decline in oil pricing affects the economies of those two provinces. New Brunswick suffered a very small drop. 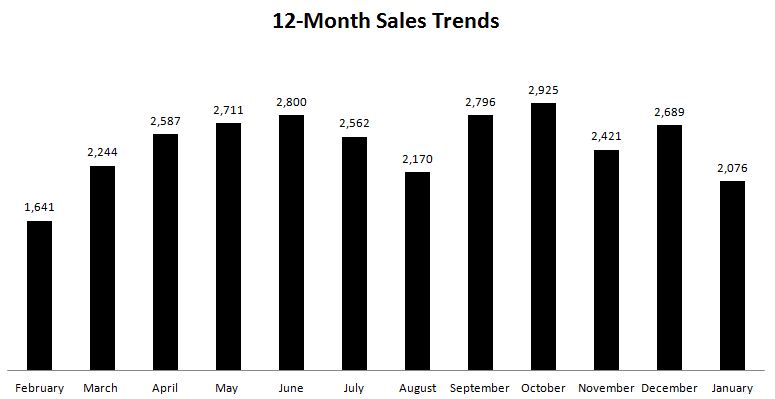